Home
»
Publishing
»
Industry News
»
When He Was King: The Words and Wisdom of Muhammad Ali 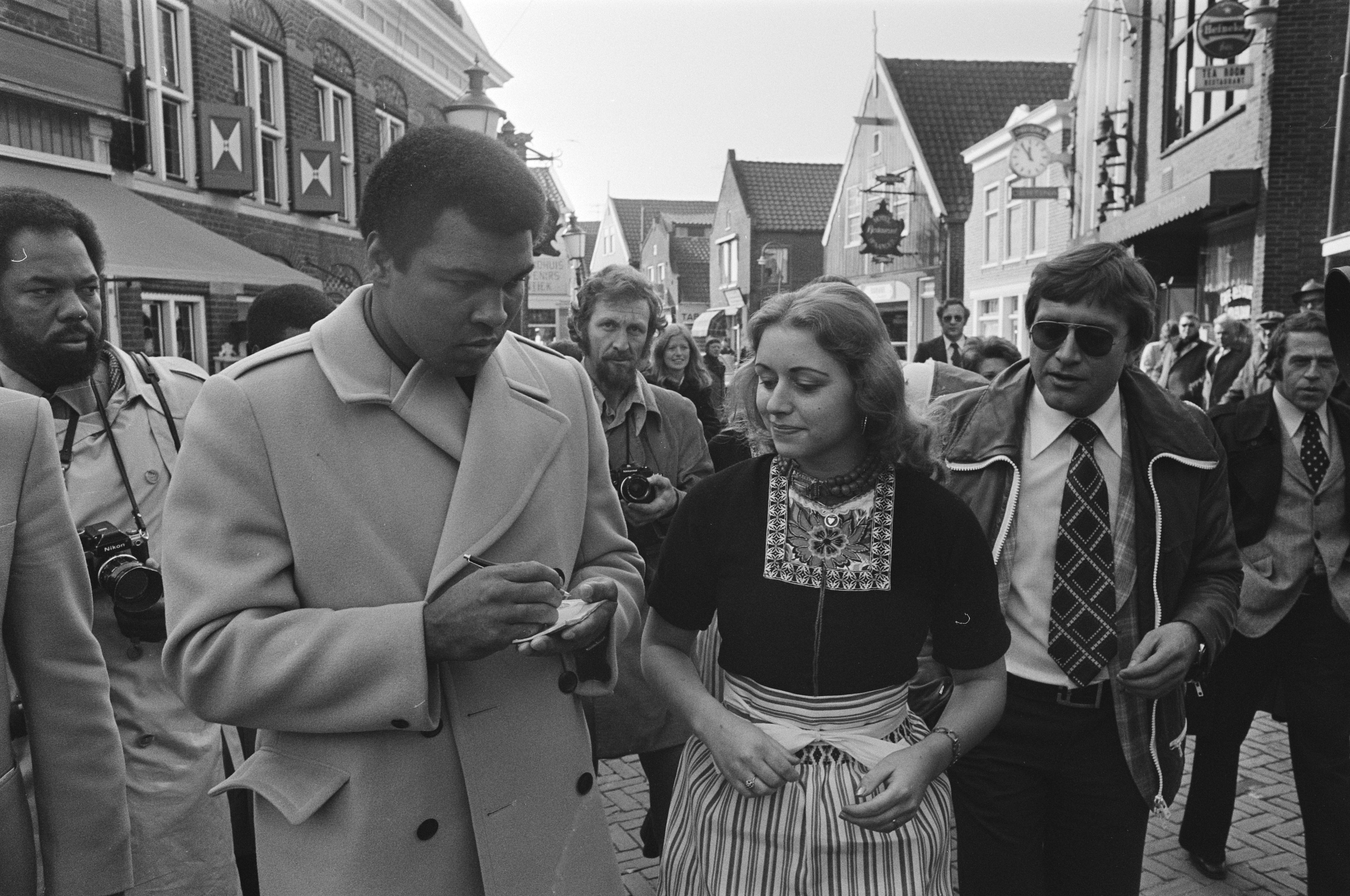 Standing in line at the grocery store the other day, I counted four magazines the published special issues to commemorate the remarkable life of Muhammad Ali, who died on June 3 at 74 years old. The funeral for Ali, who had not been a significant public presence for more than three decades, was televised live nationally.

Ali’s absence from the limelight was due largely to Parkinson’s Disease, which severely limited his speech and motor skills over the second half of his life. It is impossible to convey to the current media-saturated generation how large a shadow Ali cast on America from the time he first won the heavyweight championship in 1964 until his last fight of note in 1980. Before America and the rest of the world became wired for cable, Ali was everywhere.

Which is to say he was far more than merely the heavyweight champion of the world, even at a time when the title carried a prestige that is unfathomable now. He was the first global sports celebrity and understood this intuitively, determined not to squander the platform he’d earned.

After winning a gold medal in the Rome Olympics in 1960, Ali, then known as Cassius Clay, embraced Islam. Turning pro, he quickly rose through the ranks and eventually earned a shot at the title against Sonny Liston, nicknamed “The Bear,” in 1964. To celebrate the occasion Ali wrote a poem, which he recited at will, to whomever would listen. It was part taunt, part prediction, but every syllable was Ali’s:

Clay comes out to meet Liston and Liston starts to retreat,
if Liston goes back an inch farther he’ll end up in a ringside seat.
Clay swings with his left, Clay swings with his right,
Look at young Cassius carry the fight
Liston keeps backing, but there’s not enough room,
It’s a matter of time till Clay lowers the boom.
Now Clay lands with a right, what a beautiful swing,
And the punch raises the Bear clean out of the ring.
Liston is still rising and the ref wears a frown,
For he can’t start counting till Sonny goes down.
Now Liston is disappearing from view, the crowd is going frantic,
But radar stations have picked him up, somewhere over the Atlantic.
Who would have thought, when they came to the fight,
that they’d witness a launchin’ of a black satellite.
Yes the crowd did not dream, when they put up the money,
That they would see a total eclipse of the Sonny.

The media, always hungry for a quote or a sound byte, ate it up. Ali backed up his words in the ring, by knocking out Liston in the seventh round. Shortly thereafter, he got rid of his “slave name” and became Muhammad Ali. Handsome, witty and a superior athlete, Ali’s star wasn’t so much born as it exploded onto the American consciousness. The following year Ali beat Liston again, this time by first round knockout. This trend continued for the next two years. Ali would schedule a fight, craft a few lines of verse to promote the bout and then dispatch an overmatched opponent. His opponents hated Ali and tried to get under his skin by referring to him as Cassius Clay rather than Muhammad Ali. The strategy backfired. Nowhere was this more obvious than in a fight between Ali and Ernie Terrell. For fifteen rounds Ali pounded Terrell, shouting “What’s my name!?!” in the process.

In 1967, Ali was stripped of the heavyweight title when he refused to be drafted into the US Army to fight in the Vietnam War. Ali declared himself a conscientious objector, saying he had no quarrel with the Vietnamese and that no Viet Cong “called him n——.” It was a controversial position, to put it lightly. He was eventually convicted of draft evasion. At a time when the nation was riven with racial conflict and protests over the Vietnam War, Ali became a touchstone. In doing so, he conceded the prime of his athletic career and undoubtedly cost himself millions of dollars for the sake of his religious views. It’s incomprehensible that an athlete in 2016 would make such a sacrifice.

It was during the period of over three-and-a-half years outside the ring that Ali proved himself to be more than just a smart aleck boxer. He traveled widely, giving speeches to a variety of audiences, happily debating the issues of the day. After the Supreme Court overturned his draft evasion conviction in 1970, Ali was able to box again. By then, Ali was a global figure, a political and spiritual leader to millions.

Ali soon regained his title and the 1970s were marked with a series of epic bouts against Ken Norton, and most notably George Foreman and Joe Frazier.

In the buildup to the 1974 fight against Foreman in Kinshasa, Zaire, Ali composed the following:

Last night I had a dream, When I got to Africa,
I had one hell of a rumble.
I had to beat Tarzan’s behind first,
For claiming to be King of the Jungle.
For this fight, I’ve wrestled with alligators,
I’ve tussled with a whale.
I done handcuffed lightning
And throw thunder in jail.
You know I’m bad.
just last week, I murdered a rock,
Injured a stone, Hospitalized a brick.
I’m so mean, I make medicine sick.
I’m so fast, man,
I can run through a hurricane and don’t get wet.
When George Foreman meets me,
He’ll pay his debt.
I can drown the drink of water, and kill a dead tree.
Wait till you see Muhammad Ali.

He also produced this timely gem:

If you were surprised when Nixon resigned,
just watch what happens when I whup Foreman’s behind!

The rivalry with Frazier was particularly bitter. Ali called Frazier an “Uncle Tom,” and a gorilla. He mocked both Frazier’s intelligence and his appearance, actions he came to regret. Decades later, seeking to make amends, Ali wrote a poem called “Silent Warrior’ and dedicated it to Frazier and his family. It reads, in part:

For every struggle that Joe survived,
For every dispute he endured, to rise,
Joe will go down in history
as a model for champions to come.
While Frazier was a man of few words,
Ali was a world of mouth,
but he found his place in history.
Now his heart can express him well.
Joe Frazier was a silent warrior,
whom Ali silently admired.
One could not rise without the other.

Dozens of books have been written about Ali and he released a memoir last year. But there could have been much, much more from a man who was ahead of his time in so many ways. His poems predated rap music, his media savvy demonstrated a mastery of “branding” before it became a term of vogue, as was his merger of faith and athletic accomplishment.

The cruelest twist in Ali’s life, of course, was the Parkinson’s Disease that precluded him from being part of public discourse. At a time when Islam needed a high profile spokesman, Ali would have fit the bill. He could have also talked about the role of sports in our culture. To be honest, Muhammad Ali could have read a recipe book and made it interesting. He was, indeed, The Greatest.