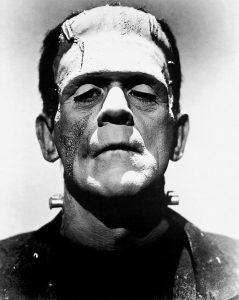 Methodological reductionism—the practice of explaining something large and complex in terms of its smaller, wieldier parts—is both a strength and a pitfall of scientific approaches to literature. Neurobiologist Howard Fields offers a useful analogy for understanding the problem with reductionism: “Just as it would be pointless to analyze a book by investigating the chemical composition of paper and ink, a reductionist analysis of brain activity […] fails to explain what brain activity accomplishes.”*

Reductionism in the scientific study of literature is less about the chemistry of paper, however, than about narrowly defining complex concepts. The problem is, this involves assigning definitions that literary experts would never grant. For example, one of the most widely discussed scientific findings about novels—that reading novels makes people better at understanding others’ emotions—takes some consequential liberties on the “literary” side of the research.

According to the findings, the benefit of greater ability to understand others’ emotions accrues to those who read “literary” fiction, but not “genre” fiction. In the study’s terms, this means “the likes of Salman Rushdie, Harper Lee, and Toni Morrison,” but not “Danielle Steel and Clive Cussler.”

But people who study, teach, read, and write about literature will surely wonder whether fiction like A Clockwork Orange, Brave New World, the Lord of the Rings trilogy, House of Leaves, The Blazing World, or The Handmaid’s Tale counts as “literary” or “genre” fiction. And we’ll want to know why or why not.

The point here isn’t to throw a wrench in a promising, scientific way of studying novels and their impact in the world, nor is it to use an increasingly marginalized form of expertise—expertise in literature—to nitpick scientists. The point, rather, is to understand that what constitutes “literary” versus “genre” fiction—an age-old topic of study and debate within literary circles—is fundamental, not ancillary, to scientific findings on the effects of reading novels.

Emanuele Castano, co-author (with David Kidd) of the study, claims that “literary fiction […] tends to challenge social categories—the characters are category-resistant […] Popular fiction, on the other hand, uses types of characters which help us immediately understand what is going on.” But by reducing fiction to “literary” and “genre” categories based on facile impressions of how complex or formulaic the characters are, how plot-driven or character-driven the novel is, or how “popular” the novel is, Castano basically sidesteps a handful of important questions literary scholars have asked for centuries, and answered in far more detailed, evidence-based, and convincing ways. As a result, the impressions the study draws about which kinds of fiction supply which kinds of benefits are invariably muddled. For example, should someone interested in improving their theory of mind pick up a novel like Walter Scott’s Ivanhoe, widely considered a “classic” of literary fiction, but also based on one of the oldest character archetypes—the heroic knight—in one of the oldest fantasy genres, the romance?

Still, those who care about literature and its place in the world should be encouraged by scientific interest in novels, even if scientists and literary scholars generally need to do a better job of communicating with one another to generate more convincing ideas about how literature works and why we should care. A new book, Cents and Sensibility: What Economics can Learn from the Humanities, co-authored by Gary Saul Morson, a professor of arts and humanities, and Morton Schapiro, a professor of economics and President of Northwestern University, makes a powerful argument for the importance of literature, in particular, in understanding aspects of human behavior that economists have tried unsuccessfully to represent with economic models.

According to Morson and Schapiro, economists struggle with three things in particular: “accounting for culture, using narrative explanation, and addressing ethical issues that cannot be reduced to economic categories alone.” The solution for Morson and Schapiro is to pay more attention to cultural artifacts like literature, and thus to draw lessons from what literature tells us about humans, whose lives “do not unfold in predictable fashion the way Mars orbits the sun.” Further, as Morson and Schapior write, “there is no better source of ethical insight than the novels of Tolsteoy, Dostoevsky, George Eliot, Jane Austen, Henry James, and the other great realists.”

I largely agree, and welcome economists, neuroscientists, social psychologists, and anyone else who wants to participate in literary studies. But I also want to suggest that, no more than I could begin doing economics research without grounding myself in some familiarity with economics methods, scientists and social scientists who turn to literature for insights must not ignore the insights that writers and literary scholars have produced and continue to produce about literature.

In more concrete terms, we might consider the illustrative example of Daniel Defoe’s novel Robinson Crusoe, widely considered one of the first novels in the English-language tradition, but also widely familiar to economists. That’s because economists have long used Defoe’s novel as a thought experiment for some fundamental issues in economics. What economists call a “Robinson Crusoe economy” is a simple economy that mirrors the conditions under which Defoe’s protagonist, Crusoe, lived while shipwrecked on a remote, deserted island: an economy with one consumer, one producer, and two goods (coconuts and leisure) that vie for Crusoe’s time and attention.

The thing about the economy actually at work in Defoe’s novel is that Crusoe relies on slave labor both before and during his time on the island. And the island, far from deserted, is occupied by crudely stereotyped Native Americans before Crusoe shows up. The Robinson Crusoe economy has little to do with the most consequential economic factors represented in Defoe’s novel.

While the purpose of the Robinson Crusoe economy is to serve as an object lesson to teach basic principles in economics, the novel Robinson Crusoe is itself an object lesson in why economics can’t be reduced to thought experiments about individual behavior in a vacuum (or on a deserted island, as it were). The most striking economic lesson of Robinson Crusoe is that for all Crusoe’s industriousness and predilection for risk, what ultimately makes him rich by the novel’s end is a plantation in Brazil that runs on slave labor, and the colonialist occupation of someone else’s island.

Thus, while I understand that for economists the Robinson Crusoe economy was never meant to be faithful to Robinson Crusoe’s wider impact as a novel—and this usage of Defoe’s novel is perfectly reasonable—we should also be mindful of what we’re missing when we mine novels for minute, surface-level object lessons (or, for that matter, when we haphazardly divide them into “literary” and “genre” fiction without attending to literary expertise).

Scientists who take interest in literature should be mindful of what economists would call the opportunity cost—the potential gains we lose by choosing one alternative over others—of trying to draw cross-disciplinary lessons from fiction without paying much attention to literary experts and writers, or to fiction itself. True collaboration between literature experts, writers, and scientists would actually improve the precision with which scientists study novels, and give literary scholars and our audiences in the classroom and beyond new ways of understanding literature and its impact in the world.

In practice, this means that when the scientific process requires a reductive definition—like “literary” versus “genre” fiction—scientists should be collaborating with writers and literature scholars to form more precise and historically tenable definitions. It’s not enough to rely on the impressions of study participants about whether an author is “literary” or “genre”; and indeed such categories might tell us less than others about the characteristics of fiction—its narrative structure, its treatment of character, its propensity for literary realism—that scientists want to pinpoint in their studies. Scientific researchers should be reading and citing literature researchers when examining literature, and cross-disciplinary projects should be collaborative. This is the way forward for both literature and science.