Home
»
Interviews
»
“When You Read These Poems, They’re Yours”: An Interview With Leslie Harrison 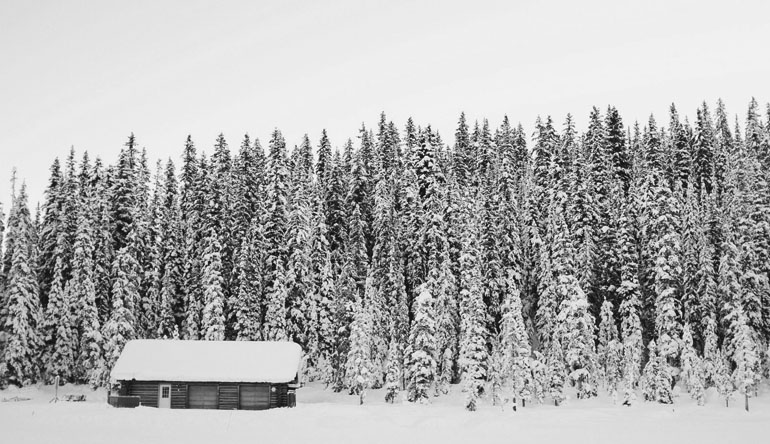 Leslie Harrison’s poems are meditative and thoughtful, yet fleet-footed, quick to change direction. They show us a mind in motion, questing and questioning, wrestling with complex feelings and ideas. Leslie is the author of two collections of poems, The Book of Endings (University of Akron Press, 2017) and Displacement (Mariner Books, 2009). Her work has been recognized with fellowships from the National Endowment for the Arts, the Sewanee Writers’ Conference, and the Bread Loaf Writers’ Conference. She is a member of the full-time faculty at Towson University. We caught up via email earlier this year to continue a conversation that started on the sidelines of the AWP Conference in Washington, DC, where The Book of Endings made its official debut.

Matthew Thorburn: Something I love about the poems in The Book of Endings is that I don’t think they contain a single mark of punctuation. That gives them a wonderful flexibility of motion and meaning. For instance, a phrase might be followed by another phrase that suddenly makes meaning change course, or a phrase might repeat itself with a variation that subtly changes the meaning. Would you talk about how you came to this style of writing? Does it create certain opportunities or challenges?

I think I’m drawn to this form now by this sense that I don’t know what I’m doing/saying/even, sometimes, feeling. When we publish poems or books of poems, we are authors—assumed to have authority. And yet I don’t feel especially expert, especially authoritative. So part of the way the poems stutter and veer I think has to do with a kind of diffidence, a sense that maybe I don’t know, don’t understand.

Lately I find punctuation in poems to be overly determined, to be externally imposed on a reader—a kind of forced assimilation into the writer’s mind and intent.  When I write them, they’re my poems. But when you, dear reader, read them, they’re yours—your voice in your head or aloud, your thoughts and feelings about what they say or try to say. I don’t wish to interfere with that.

I want the reader to feel welcomed into the energy and movement and thought from which the poem was distilled. Maybe the only authority I have is craft. Maybe punctuated poems feel like gravestones—cold and over.

Like virtually all narratives, my answers about punctuation and my poems are stories I tell backwards—assembling what is given into a cohesion. I fundamentally distrust the idea of cause and effect. I don’t believe in story. I feel like all stories, all narratives are like the game of Clue. Mrs. Peacock did it in the library with the candlestick. But in the game nobody does anything—all we’re doing is guessing and trying to tell stories about a mystery.

One day I woke up and wrote a poem without punctuation. And the day before that became the last day (so far) punctuation and I had a conventional relationship. It was in the living room. With a laptop. And somebody had just died.

Why should language be whole and functional in that world? In this?

MT: I also wanted to ask about the form/shape of The Book of Endings. It’s structured as a triptych with sections of poems for the “Left Panel,” “Right Panel,” and “Center Panel.” How a manuscript takes shape can be a mysterious process of trial and error, of intuition and gut feelings. Would you talk about how this book came together?

LH: Ugh. It didn’t come together. Not for a long time. I had enough poems for a book in 2010. I couldn’t order it. I kept writing. One day I threw twenty-seven pages out of the book (sorry, poems!). In the end, I think I threw a whole book of poems out of the book of poems, and I still didn’t know what it was. This is only my second book, but in both cases the books found homes only after I discovered the order. I think the Frost thing—that if you have twenty-four poems, the twenty-fifth is the book—is utterly true, at least for me.

This time the key came partially from the materials themselves (reading a lot of theology), partially from teaching (I was teaching a poetics unit), partially from reading. And of course the shape of a book always comes from a kind of self-honesty—no matter how much you want to avoid thinking about what the book engages with, or want to delude yourself, once I said to myself, well, there are these poems and these and these, and they fall into two groups and the rest are sort of talking back to those two groups—thesis, antithesis, synthesis—it became suddenly easy. Like finding your car keys—they’re always in the last place you look.

What scares me of course is the lesson: knowing how to order one book, or two, does not mean you know how to order all books, or any book really. But also that is an excitement—I tend to lose interest in things I believe I understand. Not that there are many of those, or any really.

MT: How did your poem “[What I mean]” start? And more generally, how do poems start for you?

LH: I was obsessed with the word fathom. I love etymology. Words mean and mean and mean. I was writing god poems, which was utterly shocking to me—religion has not been on my radar pretty much ever except as a system of knowledge, Linnaean almost, maybe a taxonomy of suffering. I think I wanted to acknowledge that neither the tool (language) nor the tool user have the capacity for telling the truth. Sometimes, if we’re very lucky, we catch a flicker of something. Maybe I wanted to acknowledge that the writer is not ever to be completely trusted, that reading poems is not a spectator sport, that meaning/feeling/thought/idea/beauty—it is all born in transmission between the way I order my poems and the way you read them. I don’t know. Maybe this poem is the ars poetica for the book. It feels conclusive in that way, like it is the poem that maybe instructs how to read the book and its concerns—all graves and embraces and danger. Probably it should have come first in that case, now that I think about it.

I used to carry a journal everywhere and I used it and got poems out of those scraps. But recently, my poems mostly originate in being quiet and still at home with a laptop and a stack of books. I have to silence the world and its myriad tasks in order to hear language, so I don’t carry a journal for writing any more.

I do carry two other small journals. One is a collection of poems I’m in the process of memorizing, because I love them. That journal has sixty-four pages. That is my goal—memorize sixty-four pages of poems in addition to the ones I already have. The other journal I carry contains my notes on the kata I’m learning and memorizing for the martial art I study.

LH: I’m writing shipwreck poems. And Leviathan poems. At a reading I gave recently, I became aware for the first time just how many references to the ocean and the sea The Book of Endings has. This interest was developing, dare I say it, below the surface, and it has emerged as a bit of an obsession. I’m going to try to spend some time at/on the big water this summer.

I’m also closing in on the first draft of a memoir about my time living in a small house in a small town. It snows a lot. There are bears. It might be my (in)version of Goldilocks in which she goes to live among the bears and try out their lives.

Tags:Leslie Harrison, The Book of Endings, University of Akron Press