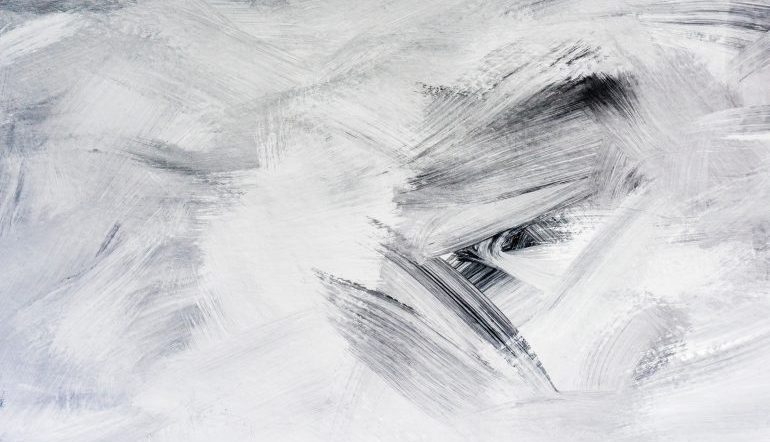 “What happened to me did not happen.” So speaks Charlie Shaw, the ghost at the center of Hari Kunzru’s White Tears. “For me, it happened, but somehow they remember it differently or don’t remember it at all.” The line reflects the novel’s own collapse of genre, history, and whiteness. Kunzru’s ghost story is set in gentrified Brooklyn, where Seth, a nerdy, earnest audiophile, lives with his best friend Carter, the unstable scion to an old WASP family. The two are obsessed with black music in all its rich iterations—jazz, hip hop, juke, gospel, dub, afrobeat, house, the blues. They are greedy consumers, weak imitators, and, upon graduating college and moving to Williamsburg to start their own production studio, expert appropriators. They think of themselves as innovators of contemporary music but also as archivists of old records. One ear to the future, and the other listening to a past curated by white collectors. When they come across a rare blues record by an unknown musician named Charlie Shaw, the two are pulled into the liminal murk of American history, where what happened is forgotten, erased, and left to haunt the present.

Whiteness is the ghost that haunts Seth and Carter. It moves through music, through the city, through capital. While visiting Carter’s family’s vacation home, surrounded by the luxe trappings of generational wealth, Seth recounts Guglielmo Marconi’s theory of history living on through sound. Marconi believed that “the sound of ancient times” never really disappeared and could become audible through the invention of a microphone powerful enough to pick up its faint noise. The past is a ghost whispering in the undercurrents of the “day-to-day noise of the world.” It is quiet, barely noticeable, but inescapable. Carter is the type of white person who talks about white people as though they’re “some organization to which he didn’t belong,” and Seth is the type to not call him out on it, mostly because he benefits from the runoff of Carter’s privilege and wealth. “Money was Carter’s invisible helper, a friendly ghost making things happen in the background,” he notes. Carter’s wealth—later revealed to be the profit from prison labor, an industry built on American exploitation of black labor—is transportive. The two friends move with ease through the city, buoyed to success through comfort of money, which buys them a nice apartment, expensive dinners, trips upstate, and funds their recording studio.

Seth travels through the city like an ethnographer, always recording the sounds of the subway, the streets, its people. Sound, conversation, and music are all theirs for the taking—for him to use as he wishes. But he captures the angry, restless ghost of Charlie Shaw, which is the fake name he and Carter come up with for a falsified record they make of one of Seth’s recordings of a chess player singing the blues in Washington Square Park. They take the recording and edit it until it sounds “like a record that’s been sitting under someone’s porch for fifty years.” The past, they think, is something you can edit, curate, and collect. Carter is thrilled when they post the recording online and collectors fall for their “trick.” “These fuckers think this music was made in 1928, but actually we made it,” he crows. “So who’s the expert now? Who knows the tradition? We do! We own that shit!” Carter is right: in America, wealth and whiteness are modes of expertise and ownership. He profits off the violent, exploitative tradition of appropriated black artists that haunts American music. As the title implies, White Tears is Kunzru’s chance to revel in the hubris of white boys. As such, the novel is a revenge story.

White Tears is an imperfect collapse of genre fiction—ghost story, pulp fiction, road trip, rock ’n’ roll coming of age. As Seth and Carter are pulled deeper into the mystery of Charlie Shaw and their recording, the two suffer the consequences of the violent legacy of whiteness in America. As the novel progresses, Carter is beaten and rendered comatose; his sister murdered; and Seth, marooned in an increasingly threatening and alienating city, is set adrift into the netherworld where the American past blurs into the present day. “I could not connect things together. They had happened to me, they had already happened to me. The helix that spans from birth to death … had become as discontinuous and insubstantial as a chain of smoke rings.” His narrative gets tied up in the story of two white men who traveled down South some forty-odd years before to steal records from black communities, and in Charlie Shaw, the musician, prisoner, and ghost whose voice traveled from the past to find Seth.

Seth sets out on a journey to save his friends, and to redeem themselves from the histories they were born into that were laid out for them in the past, propelling them into a particular future. But the ghost gets the best of all of them, especially Seth, who is left to haunt the country in his own way. “I pass through the world, but I leave no trace,” he says. These are not the words of white men today, who move too loudly and with force. He is a silent ghost who moves through America, left to a vengeful reversal of fate that one could call justice.