Home
»
Critical Essays
»
Who Decides the Mysterious Standard of Beauty? 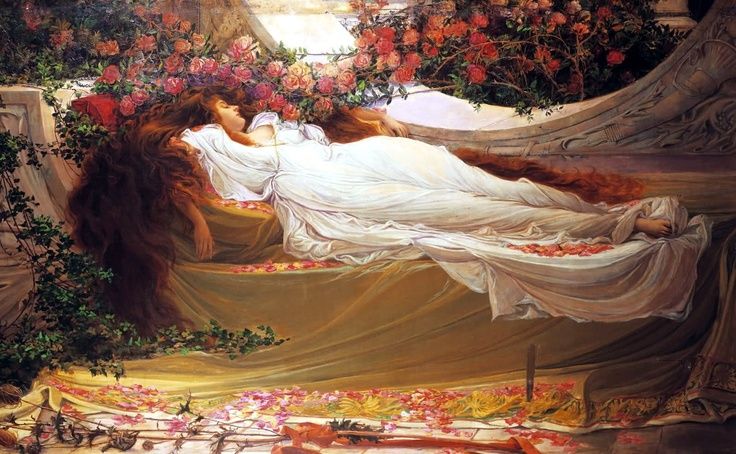 In the flash fable “Beauty Sleep,” included in Daniel Oz’s collection Further Up the Path (and translated from the Hebrew by Jessica Cohen), a girl named Deborah is instructed by her nanny to get her beauty sleep. Taken quite literally, when Deborah wakes up and looks in the mirror she finds herself more beautiful than ever before. She decides to become the most beautiful girl in the world and proceeds to sleep until she hits puberty.

In Israeli poet Yonit Naaman’s prose poem “That’s What I Want” (included in her collection Pining for the Tree Tops), a narrator, uncomfortably clad in rustling, black polyester in the humid Tel Aviv summer, walks the street with her aunt and uncle behind a vision of perfect female beauty. Naaman offers a description—“smooth, sculpted calves and thin ankles in leather sandals with heels that are not high, not low. A shoulder bag, moist hair, and arms. Arms.”—to that which Oz knowingly and vaguely defines as “a paragon of female splendor, at once svelte and buxom as per the unspoken standards, which cannot be measured and yet there are none more proper, purling between daintiness and brashness in a secret and perfectly balanced undulation.”

Oz’s Deborah and Naaman’s unnamed shepherd possess the mysterious just-right quality of feminine beauty, being suitably and admirably attractive. This quality is as enchanting as it is conveniently undefinable; Oz’s fantastical ritual of a years-long sleep is just as ineffable as Naaman’s lack of a recipe for achieving such physical appeal. Both send the same message: there is no blueprint for achieving this goal and no clear gauge, even, for determining its achievement, but it must be pursued nonetheless.

But who is it that decides this mysterious standard of beauty? Who is the voice in my head that instructs me whether to feel satisfied or troubled on any given day depending on what I see in the mirror? Who determines the invisible line between insufficient and good enough? Naaman’s tale of a heartbreaking walk down the street provides a clearer answer than Oz as the young woman they all watch adoringly finally turns at a street corner, separating herself from the group: “Our eyes still linger on her when my uncle turns to me, slicing through the silence. You see? He asks without waiting for an answer. That’s what I want you to look like.”

Every time I read this line it’s like a punch in the gut. I know the fictitious uncle is merely giving explicit words to the unspoken message of society I’ve heard so many times before, and yet the direct simplicity of it never fails to get me. It’s a demand, fully comfortable and unapologetic in its entitlement, that a woman—that women—look a certain way. The uncle’s decree contains, too, an under-explored element: not only must his niece achieve his vision of beauty, but she must retain and maintain youth, which is a part of the beauty concept. The means to attaining such an appearance are none of the uncle’s concern. His niece could choose diet, exercise, plastic surgery, sorcery—this is not his problem. It is obvious, without the poem needing to say as much, that Naaman’s narrator can never secure this perfection for herself, and so in addition to the dizzying rejection and humiliation with which it ends, there is also within the piece a sense of impending doom.

The daily lives of women are full of ghosts. Ghosts of their younger selves, whom they can never again become. Ghosts representing how their bodies and faces might age. Ghosts of perceived flaws that have been overcome, and of lost and remembered perfections. And there are ghosts of other women, strangers and acquaintances, serving as models of other ways to look—what to aspire to, what to avoid at all costs. I had a ghost like that. An older woman I’d met a long time ago who resembled me and whom—I realized one day—I’d been afraid of becoming. She was perfectly attractive, smart, and accomplished, and someone must have referred to her appearance in negative terms. My mind grasped at the implication and transformed a regular person, a human being, into a phobia.

Many celebrities who have become spokespeople for self-love, self-acceptance, and laying off each other’s bodies have been posting on social media lately about an individual’s right to make their own choices about whether or how to change their bodies. This is an important step in society’s re-evaluation of beauty standards: the acknowledgment that one does not have to choose a side in the false dichotomy that otherwise makes up the conflict against patriarchal standards for our bodies—acceptance or change. The new understanding is that we each get to choose whether we change our appearance, with the hope that we make choices that are safe, healthy, and what we truly want.

But how can we know what it is we truly want? How can we separate our “authentic” voice from the racket of societal expectations? Our true preferences from those foisted on us since birth? Personally, I can say the woman that looks back at me from the mirror is so steeped in other people’s opinions and ideas that what little autonomy she has twinkles faintly behind the many ghosts contained within her. And even if we can distinguish our individual perception of ourselves and change (or not change) our appearance according to our true wishes, how can we account for the passage of time, the accumulation of everyday choices that manifests itself in our faces and bodies regardless of the choices we make?

Is it any wonder that Deborah, in Oz’s fable, chooses eternal sleep over aging? Having completely absorbed the toxic messaging of our society and given up on any semblance of virtue that goes beyond skin-deep, Deborah sees only one way to preserve her beauty—to embrace the ghost. “Her awe at the reflection vanished instantly, and instead Deborah was seized by the recognition that every minute of wakefulness was costing her further beauty. She quickly took all the sleeping pills and lay her head on the pillow forever.”