Home
»
Critical Essays
»
Who Gets Translated? George Seferis and the Luck of Translation 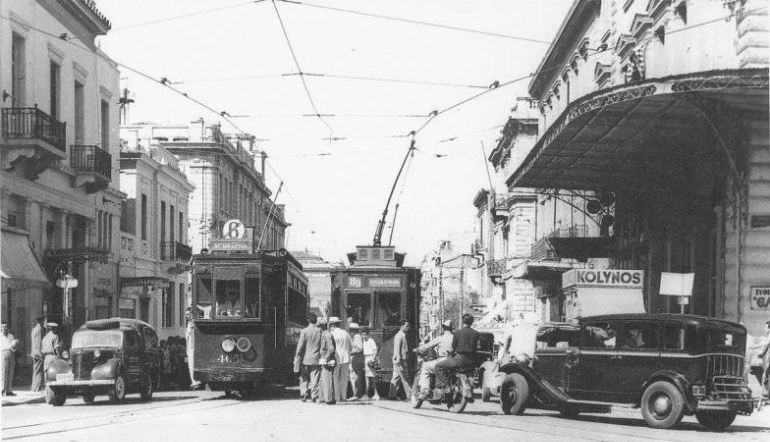 One can often wonder why one author gets translated over another in English. There doesn’t seem to be a scientific formula to answer that. What seems to be the case, as seen through the Greek poet laureate and Nobel Prize winner, George Seferis, is that contact with English speakers and English writers, as well as a keen interest in a writer’s home country by some corner of the English-speaking world when that writer is alive secures the writer’s transmission into English. In the case of Seferis, he was writing at a time in which British writers found Greece to be intoxicating, not just for its past but for a contemporary vitality, which seems to have helped bring Seferis’s work into English and to secure his well-deserved reputation.

Seferis was born Giorgos Seferiadis in Smyrna in the late Ottoman Empire (now Izmir, Turkey), and was educated in Paris and London before he became a Greek diplomat. Diplomacy was never his passion, however, and he had an almost tortured existence between his work for the Greek government and carving out time for his own writing. T.S. Eliot, who Seferis admired and was thought to have imitated in some of his work, a similarity that would make him defensive over time, told Seferis to be careful not to give up his work and rely just on his writing to make his life.

Seferis’s facility with French and English in addition to his native Greek likely helped him forge the connections with the English-language writers he so admired, but it was more likely that his work as a diplomat brought him in proximity of the British publishers and writers who would expose his work to the Anglophone world. Indeed, at a luncheon during a V-weapons discussion in London in 1944, he met John Lehmann, the editor responsible for first bringing his work into English, according to Konstantina Georganta’s Conversing Identities. Lehmann’s familiarity with Greece certainly helped as well, and so in 1946 two of Seferis’s poems appeared in an issue of the literary magazine, New Writing, which Lehmann created with the express purpose of building a space for all European writers to read one another. In 1948 Lehmann would later publish the first full collection of Seferis’s poetry in English, The King of Asine, and Other Poems (trans. Nanos Valioritis, Lawrence Durrell, Bernard Spencer, and George Katsimbalis), and it was likely this publication, as well as the appearance of two of Seferis’s poems in New Writing, that led to his wider exposure in English.

My first encounter with Seferis was through a bilingual edition of his work as translated by Edmund Keeley and Philip Sherrard, the two scholars responsible for how most of us first encounter Seferis in English well into the twenty-first century. Seferis at that point was the first Greek poet I’d encountered in Greek aside from the nationalistic poems I’d had to blindly memorize in Greek School for national holidays. Until I read Seferis’s work, aided at the time by Keeley and Sherrard’s translations into English, I hadn’t known Greek could be so beautiful, moving, and meaningful, even though I didn’t understand all of it at the time. I was a good two years out of Greek School, but the memories of the coldness of poems in katharévousa, a “purified” version of the language intended to purge out foreign elements like Turkish, hadn’t faded. Until I read Seferis, I hadn’t realized that Greek poetry could draw on myth and history, nor that it could be so alive.

I’d come back to Seferis again in graduate school, this time without the crutch of an English translation by my side. I remember coming to the apocalyptic ending of the poem “Κίχλη” (“Thrush”), the lulling rhythm suddenly stopped with a startling stillness that I could not hear in English:

and you find yourself

in a large house with many windows open

running from room to room, not knowing from where

to look out first,

because the pine trees will vanish, and the mirrored mountains, and

the chirping of birds

the sea will empty, shattered glass, from north

your eyes will empty of the light of day

the way the cicadas all together suddenly fall silent.

The power of the poem is still there in English, and it’s not hard to see what any of Seferis’s non-Greek speaking fans saw in his work, such as Henry Miller, who Seferis believed understood his work “much better than most of his Greek friends” or even Eliot, whom Seferis would finally meet in 1951.

There is no question of Seferis’s worthiness, but for every one Seferis or Nazım Hikmet out there, there are many more writers who are celebrated in their own language who never make it into English. As Rachel Kahan, now an executive editor at William Morrow/HarperCollins said in an article in 2010, “What books by foreign authors that end up crossing an American editor’s desk, then, depends in no small part on chance and good connections. If they don’t have a US agent and they aren’t being conspicuously packaged for the US sale, which is the case a lot of the time, I tend to luck into things.”

The landscape of books available in translation has certainly changed since Seferis’s time, but it’s impossible to ignore that the element of luck and the amount of expat and ex-expat writers who find a life in countries such as Greece and Turkey, who also learn the language well enough to translate, play their role then as well as now, as well as the existence of publishers dedicated to exposing writers and readers to work across languages. Translation is an art, not a science, and the business of translation, as much as it is led by literary merit, has a great deal of chance that determines which writers we know across borders.