Home
»
Reading
»
Who Saves the World 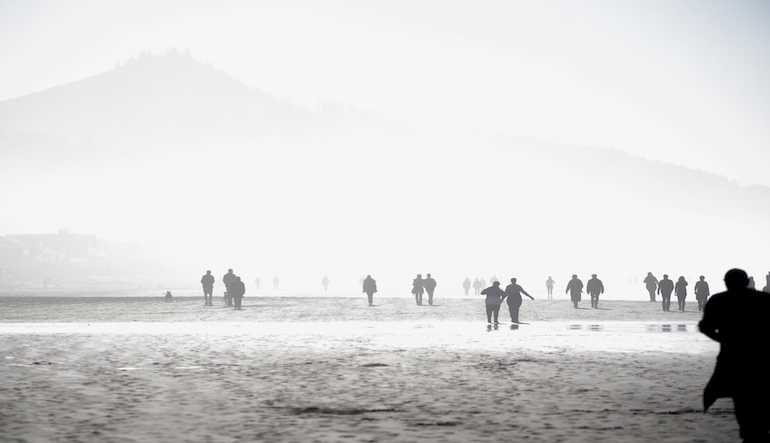 Last week, I finished reading The City of Mirrors (2016), the final novel in Justin Cronin’s acclaimed dystopian trilogy. When I started the series back in 2010, two things persuaded me to pick up book one, The Passage: first, I had read a review, which no amount of Googling can satisfactorily produce, but whose description I remember keenly (so much so that it’s probably a sign I’m misremembering). The critic described The Passage as “literary pulp”—vampires, but as written by Don DeLillo. Second, I was moved by Cronin’s well-established anecdote (in his acknowledgments, Wikipedia page, and offered via interview) that the series grew out of his young daughter’s request that he tell a story about a girl who saves the world.

A girl who saves the world: isn’t this key to what draws us in droves to post-apocalyptic, dystopian, and otherwise speculative fictions? That they’re often only accounts of ruin on the surface; beyond that, and in the vein of what makes them utterly necessary, they’re stories of survival and heroism that arguably aren’t told otherwise.

When survival is at the center of a genre fiction (so, science fiction, horror, fantasy, etc.), it’s threatened, and initially, threat intrudes from without: a natural-ish disaster, monstrous invasion, a contagious infection whose danger lies precisely in its non-discriminating appetite, etc. But in the most compelling iterations, this category of peril eventually gives way to threat from within. Such stories explore, at harrowing depth, the ways in which humans betray each other, how a climate of danger provokes dangerousness in people, and how we become each other’s most immediate, erratic, and inescapable enemies.

Thanks to the sixth season’s arrival to Netflix, I recently came crawling back to AMC’s The Walking Dead. I am a zombie enthusiast; one of the largest pieces of art in my apartment is the framed poster for George A. Romero’s Dawn of the Dead staring darkly over my desk. That said, I wasn’t impressed by the show’s first few seasons. It wasn’t until the central survivors started encountering human threats, and the undead were more ambiance than antagonists, that I really started paying attention.

Season six of The Walking Dead focuses on the ethics of killing people, as opposed to taking out the undead. We’re finally treated to the character Morgan’s backstory, in which he learns from a term of benevolent incarceration by a Buddhist survivor how to shape his life around the refusal to end anyone else’s. Morgan is positioned against members of the original surviving group who feel that, unlike more naïve counterparts, they understand the inevitability of attack, and see proactive strike as their only insurance. Throughout the season, we see characters who have never killed humans tread and cross that line. While the undead still populate the world of the show, they’re as manageable as the humans are enigmatic; most of the major casualties result from human error, or human malice.

The season ends in a cliffhanger: our group is captured by a new figure, a mercenary leader with no shortage of followers, resources, or sadistic inclinations. In the season’s final shots, he punishes the captive group, selecting a member for death by enacting a round of eeny, meeny, miny, moe with a barbed wire-wrapped club.

The scene suggests that this character’s sadism is so profound, that it doesn’t matter who he kills. But this is exactly what post-apocalyptic narratives tend to challenge: in many of them, it’s this atmosphere of ostensible arbitrariness that emphasizes the worst and best in people. Sometimes it serves to amplify a sense of injustice or world-endy chaos when a hero is cut down, but chaos is not dystopia’s central logic. What compels us is the order—sometimes insidious, and often revolutionary—that emerges instead.

Often, that order reasserts the very mundane horror of what men do. Consider the threat of sexual violation that emerges in works like José Saramago’s Blindness, Margaret Atwood’s Oryx and Crake, and Stephen King’s The Stand, all of which use societal breakdown as an occasion to see what darknesses constituted “society” in the first place. Similarly, films like 28 Days Later and the lesser-known The Divide are post-apocalyptic stories that depict not only (or even primarily) gasping zombie hordes or nuclear fallout, but also the terrible predictability of human monstrosity. Art like this turns to extreme contexts to reveal the extremism of ordinary life, and as readers, we seem to seek end of the world narratives to see ourselves saved.

That seeing can’t be overestimated. Cronin’s reference to his daughter imagines a girl’s wish to see herself play the hero. I can’t help thinking too of The Walking Dead’s Glenn, played by Steven Yeun, whose popularity perhaps exceeds that of any other recurring figure on the show. As Cronin’s The City of Mirrors is a place to discover what will happen to its central “Girl From Nowhere,” The Walking Dead has offered this vision: an Asian-American character moving in from the margin, to be competent and tough and romantic all at once, and serve as the ethical anchor to an entire fictive world. It matters, to me, to have this story, and for it to be as astoundingly popular as it’s been for the past six years.

You might think the expectations set by a so-called DeLillo/vampires cocktail would be unattainably high, and you’d be wrong. Cronin’s novels diminish every other dystopian fiction I’ve read. They’re expansive, genuinely scary, and flush with feels. In other words, they exemplify the capacity of apocalyptic storytelling to use something that seems really distant to convey something very near: the ways we live, and live with each other, in times so grim that merely staying alive can’t be taken for granted.

Tags:Justin Cronin, The City of Mirrors, The Passage, The Walking Dead