Home
»
Reading
»
Who Speaks How 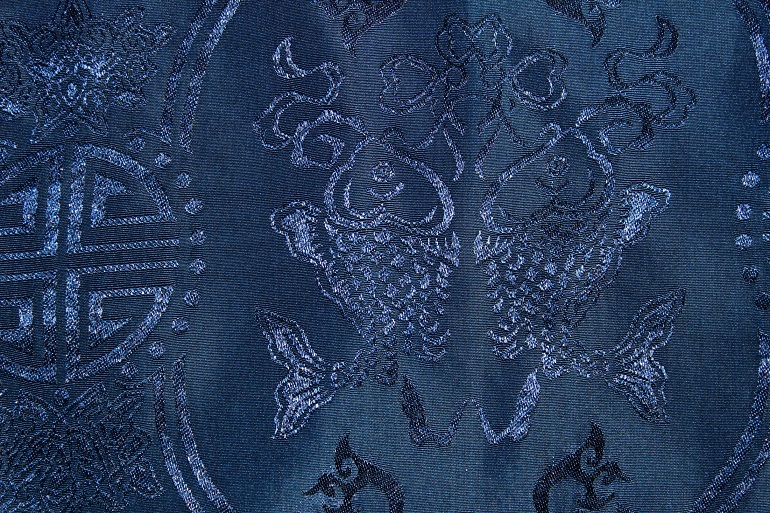 I love when people ask my friend Jenny and I how we know each other, because long before we co-taught a queer theory elective and drove cross-country and made parallel moves to Pittsburgh, she was one of my first writing teachers. It was in her Xeroxed handout of eclectic love poems that I first read Stanley Kunitz’s 1971 “After the Last Dynasty”: what would become my first truly beloved poem, which itself begins with a transformative event of reading.

Reading in Li Po
how “the peach blossom follows the water”
I keep thinking of you
because you were so much like
Chairman Mao,
naturally with the sex
transposed
and the figure slighter.
Loving you was a kind
of Chinese guerrilla war.

This being the 20th anniversary of National Poetry Month, I wanted to observe this poem: to submit how it works and what it means to me as anecdotal evidence of poetic capacity.

The summer I found this poem, I was 16 years old. It was my first time studying at the Young Writers Workshop, an immersive alternative to sports camp then housed in an un-air-conditioned freshman dorm in Charlottesville, Virginia. It was, to borrow the hyperbole of that particular moment, a transformative summer. Emboldened by critical pedagogy and a lot of Ani DiFranco, I wrote love poems for my camp boyfriend, ekphrastic poems for seventeenth century paintings, slam poems (I know) for men who’d harassed me on the metro.

In its packet, “After the Last Dynasty” aimed to show teenagers like myself how a love poem might rely on a vocabulary utterly removed from heavens and roses, instead selecting something as ostensibly disparate as warfare to get at love. At 16, the lesson in cliché avoidance was well taken; at 31, I appreciate Kunitz’s martial metaphor less for its surprise than for its aptness, to embody a love affair as something one survives.

This is what then spoke and still speaks to me: how, by transacting in the language of “Chinese guerilla war,” the poem distances the addressee (and thus the reader) from what’s “actually” happening in order to convey, in heartrending specificity, the feelings of precisely that. How all that work rests rather ergonomically on the “like” in line 4. Its tonal promiscuity: at turns cheeky, philosophical, plaintive. The precision of its phrasing, even as it talks around something in order to talk about it–something with which, in and after college, I was often charged: keeping secrets from my reader. Writing in code.

But if Kunitz’s lyrical abstractions—dictated, to some degree, by the love—as-war metaphor–comprise a kind of code, it’s only so said code can be broken. He signposts the end of “After the Last Dynasty” with a stanza break to marshal our breath. The direct address, once contemplative, now stages a confrontation:

Pet, spitfire, blue-eyed pony,
here is a new note
I want to pin on your door,
though I am ten years late
and you are nowhere:
Tell me,
are you still mistress of the valley,
what trophies drift downriver,
why did you keep me waiting?

I MEAN: the 1, 2, 4 syllabic musculature of Pet, spitfire, blue-eyed pony; the pained juxtaposition of a new note and years late; the double entreatment of a colon plus Tell me; and the incantatory rhythm of three questions broken over three distinct lines, not so much building up as stripping away, such that the last line standing is the least faithful to the original structuring conceit.

In life as in the poem, why did you keep me waiting is a naked question, the one you pose to ceilings or whisper into a wall. In giving air to this question, poetry announced itself to me, and continues, tirelessly, to reaffirm its endurance as the language of ephemera–or, if you’ll forgive a further metaphor, as the X-ray that best indexes phantom pain.

However: this April, there’s no way to revisit Kunitz’s poem without reviewing it in light of Calvin Trillin’s “Have They Run Out of Provinces Yet?” and the resulting clapback, particularly by Asian American critics and poets (among them Karissa Chen, Franny Choi, Timothy Yu). Trillin describes his poem as a satirical send-up of bourgeois foodie culture. For critics, this argument of authorial intention misses the point (the point being, what the publication of this poem there has to tell us about literary establishment, now but also always). Most insightful for me in this conversation has been Timothy Yu, who situates Trillin’s poem of consumption within a tradition of white writers and readers seeking Chinese culture without Chinese people. [Side note: in related further reading, I’ve found the 2011 Volta roundtable on poetry and race, to which Yu also contributes, immensely productive.]

Yu’s phrasing here recalls Jenny Zhang’s terrifically complex “On Blonde Girls in Cheongsams,” on being simultaneously hailed by and excluded from 90s-era orientalist style: “What I wanted to say was how it felt to grow up in a country that indicated to me everything from the country I was born in looked good on anyone but me.” Both Yu and Zhang deftly evoke the politics of appropriative style, asking: what happens when identity is figured (and marketed, and consumed) without context, as buoyant adjectives without concrete nouns?

I’m asking myself, is “After the Last Dynasty” a Chinese poem without Chinese people? There are, at a distance, Mao Zedong as the long gone lover’s corpulent foil, and Li Po, AKA Li Bai, acclaimed Chinese poet. Wikipedia Li Po and find the following: His life has even taken on a legendary aspect, including tales of drunkenness, chivalry, and the well-known fable that Li drowned when he reached from his boat to grasp the moon’s reflection in the river. I’m flagging this characterization in light of something Kunitz often emphasized in interviews: that his poetics laid not in conveying, but in elevating experience–in alchemizing its particularity. Responding to his classification as a late confessional poet, Kunitz said: “My struggle is to use the life in order to transcend it, to convert it into legend.”

Here’s what this most recent brouhaha raises for me: not only the very real problem of racism in publication practice, but the deepening fault line of voice and entitlement: or, who speaks how. So a writer tries to amplify a life into something like a legend.

Though he is 39 years late and we are nowhere, Kunitz writes: “The language of a poem must do more than convey experience: it must embody it.”