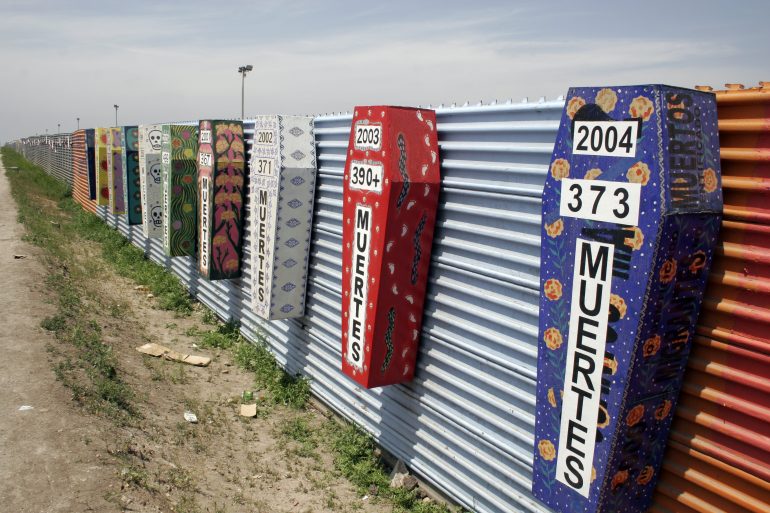 One of my favorite genres of literature is bad advice. But I’m also a connoisseur of good and mediocre advice, too. I listen to it all because I never take enough time between drafts. For my sins I rely too heavily on advice from close friends and editors who can almost always approach the thing with smarter eyes than I can. It’s rare that I don’t entertain their critiques (I’ve kept and read every single workshop letter from my MFA years, have kept and read, too, every correspondence with editors and friends). But just last week, I received maybe the first piece of editorial advice that I couldn’t not only entertain but felt compelled to flat out reject: that Latinx writers have a moral obligation to not write stories in which Latinx characters are portrayed in the context of the drug war or violence or anything else that might reinforce stereotypes.

A short story I’d written, set amidst the contemporary Mexican drug war, had made it to the final round at a literary magazine only to be rejected by a Latinx editor who refused, on moral grounds, to publish it. At first, the rejection felt almost cool in an old-timey kind of way. Got cut down by the moral police. But then I wondered, Do I have a moral obligation to do anything as a writer? Maybe. But then maybe not.

I’m generally suspicious when anyone tells any writer of color you shouldn’t write about that. But this reaction gave me pause if only because the critique was coming from someone within my own community. And to be fair, I empathize with that kind of critique, which is increasingly popular as a kind of clickbait-y talking point regarding the stereotypical portrayal of Latinx characters in films—as drug lords, maids, gangbangers, etc.—and as pushback, too, to the success of things written for the white gaze such as the Netflix series Narcos, not to mention pushback against this new Trump administration.

If the late and great James Baldwin taught us anything it’s that respectability politics will not save us.  Moreover, the most efficient way of decentering a stereotype is to look it in the eye. To explore the complexity of that stereotype and then reclaim it. In truth, those stories are not theirs anyway; they are ours. This basic truth is in part why we feel cheated by portrayals of those stereotypes as told through the white gaze. And we must also realize that stymieing narratives that confront or complicate those stereotypes does nothing to dismantle them. In fact, it does the opposite of de-weaponizing them—it fully acknowledges them through a nonconfrontational kind of silence.

As a Mexican writer, it seems silly to me to read the headlines in the morning, see Mexico was second deadliest country in 2016, and then promptly look away as if that impolite reality weren’t significant. It is significant. Those characters and stories of the drug war are real. And it’s impossible to talk about the US policy that contributes to those statistics, much less Ayotzinapa, or the more than 20,000 people missing, or the more than 40 journalists killed since 1992, or the more than 164,000 civilian deaths in Mexico without looking these impolite realities in the eye and asking, Why? How? Those numbers demand complex stories, too.

As Baldwin goes on to elaborate within this quote, this is what segregation actually means: buying into that “apathy and ignorance” that’s the byproduct of institutional segregation and that has bifurcated the conversation unfairly into two sides which we must pick: black and white; good and bad; rich and poor; moral and immoral. Gone, then, are the complexities and nuance of the conversations we’d rather have, of those characters (real or imagined) who don’t fall so much into binaries as they do into shades of gray.

Relating to our own literatures, it should be simply put: if we ignore the complexities of the worlds our characters inhabit, we make our literatures dumber, not smarter. And definitely not morally sound, though should literature be that anyway? And if so, why is it that writers of color suddenly have a moral obligation?

In summary, we cannot debase our literatures to fit within the talking-point, binary parameters set before us by an administration that cares much less about our literatures than the very dignity of the skin we live in.

Of course, as a Mexican writer whose fiction and nonfiction both center on the contemporary drug war in Mexico, I’ve often struggled with a lot of these same questions. I worry about reinforcing stereotypes. I worry about sensationalizing the pain of others in an America whose appetite for disaster-porn is never sated. But I still think that we should tell those stories. I think we must come to the page heavy or not come at all. It’s important to give nuance to these kinds of characters. And in the end I have faith that our characters will deliver us from that two-dimensionality that has plagued our national dialogue thus far. Who knows? Those characters might even be enough to save us all.