I was in LA last month for music work, and I think I found something you dropped: 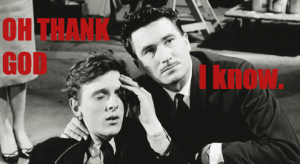 So—Maybe you weren’t sure when you lost it, but you seem pretty certain music stole it. Or film perhaps? Or YouTube cats? 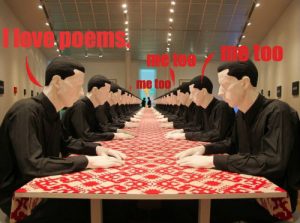 Meanwhile, poetry’s stayed alive. It’s been breeding and cloning; there are more of us all the time! (Thank god; someone’s gotta read our poems.) We’re like the Duggar Couple, happy we’ll always have at least our 19 fans.

But for all our liveliness, poetry’s not exactly on speaking terms with the public. By which I mean, we don’t speak to it. Except in English class.

So anyway, when I found your public, it was like, “Idk, I never hear from poetr—Oh hey! I love this song!”
And then I knew: We have to snag lessons from a genre that beats us out for public love. What can we learn from pop music? Here’s a start:

In Poetry Land there’s a myth that art is tainted by popularity: the more eyes see it, the more corrupt it becomes. Said myth is outdated and nonsensical, but survives because it’s a nice stunt double for artistic integrity.
It’s also great for cognitive dissonance: if no one’s reading poetry, it helps to think we never wanted them to. AND it justifies our laziness in connecting with non-poets. Hooray!

But um… The myth is rank, you guys. It creates disdain for the public, shames us for our desires to communicate, and imprisons us in Insular Poetry Land.

Pop music has an audience in part because it wants one.
It appreciates, respects, and engages the public. We should, too.

Like poets, musicians sometimes create their own magazines, networks, and events. But their goal is to reach beyond one another—out to a wider public. 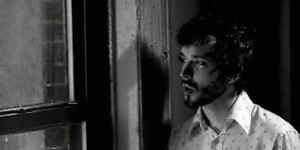 The lesson here: don’t get so comfy with our private poetry-trading.

Thinking about audiences while writing could drive ANYONE to madness. But generally desiring that our work connect with people? That makes us better, and more human. Musicians trust this. 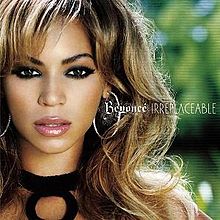 While in LA, I attended a conference panel featuring Ne-Yo and Stargate. They wrote the crazy-successful “Irreplaceable,” released in 2006 by Beyonce. There are formulas for successful pop songs, but “Irreplaceable” didn’t follow one. Because of this, it almost didn’t make it onto Beyonce’s album.

In other words, these guys made something true to their crafts—trusting that by doing so, they’d create a song that resonated. They were right; it became a number one single. “Make the music you love,” Mikkel Eriksen (Stargate) has said. “That’s when you’ll have success.”

We don’t have to choose between making great art and wanting people to see it. We’re not that irresponsible. Poets too can trust ourselves.

[I won’t deny there are songwriters who follow formulas, copy successes, create for the lowest common denominator. But I might suggest that they too are doing what they love. They’re not sighing, “If only I could write a vulnerable chorale—just once!”]

This may be the most self-evident thing I’ve ever written in a blog, but: no one can love a song they don’t hear, or a poem they don’t read. You won’t YouTube “Thrift Shop” or “Do Not Go Gentle…” unless you already know they exist. 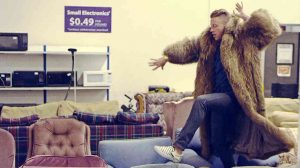 That’s why musicians put their work where we’ll find it without even looking: social media, bars, radio, stores, restaurants, TV, movies, commercials, video games, clubs, fundraisers, sporting events. It piggybacks on artists and activities we already love.
It has to do this, and it knows it. 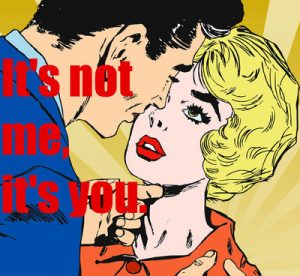 By contrast, poets often expect the world to come looking for US. And when it doesn’t, we blame it on attention deficits, poor poetry educations, an increasingly “Idiocratic” culture. But we certainly won’t blame it on our failure to venture beyond our own front lawns.

[Note: There ARE poets who are venturing and connecting. Please share your links to them in the comments! But these are exceptions, and my point here is to question the conditioning that tells poets we don’t want or need cultural connection.]

5. Pop Music Works Its Ass Off.

The most successful musicians spend as much time reaching out to listeners as they spend making music. Those who can’t take this—who prefer to focus strictly on their art—don’t find listeners. (There are exceptions, but they’re exceptions.) No one in music will deny the WORK that goes into getting an audience.

“But they have reason to do it!” you cry. “Music could actually make them a living someday, whereas writing poetry…”
But finding an audience isn’t strictly about finding a salary. It’s about connection, feedback, influence. 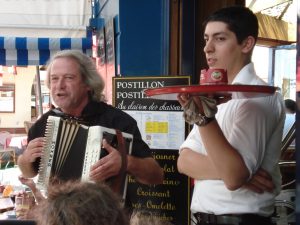 So, just like poets, most songwriters wear many hats. And still, the average (living-making) musician boasts a mid $30s salary, including all sources of revenue- like giving private lessons. (Be very jealous.)

So I’m calling your bluff. These days, the main differences between a poet and most indie musicians are the freedom to reach out, and a willingness to work at it.

6. Pop Music Assumes It Has Something to Offer.

Musicians are (in)famous for believing that if only people heard us, they’d LOVE us. This is often delusional, but it’s necessary for the work music requires.

Similarly, poets will only do the work of reaching non-poets if we believe we have something to “offer.” We should assume that when poetry goes where it can be found, it can have political, social, therapeutic impact. Because it can.

Like many poets, beginning songwriters can’t get on the cover of Rolling Stone, or appear on The Daily Show. But they don’t give up and play for one another (see #2)…

They play local venues, partner with local companies, create stories that make the local news. They work with nonprofits, participate in campaigns or fundraisers, tour town to town, make documentaries.

They want to be in conversation with the public. This requires exploration, innovation, and risk-taking, and they do it.

First, we have to stop blaming our culture for failing to seek us out. It’s on us to find ways to be discovered and engaged. (This is good news!)

We also have to stop cowering before the silly myth that going public will destroy us. Reaching out is not artistic heresy. And there’s certainly no artistic virtue in keeping poetry academic, spineless, or relegated to a readership of one another while we climb ladders to tenure.

And finally, we have to ask—patiently—the questions we’ve long feared:

How might you answer the above Q’s?
What other questions should we ask?