Home
»
Writing
»
Why Poetry Is Difficult 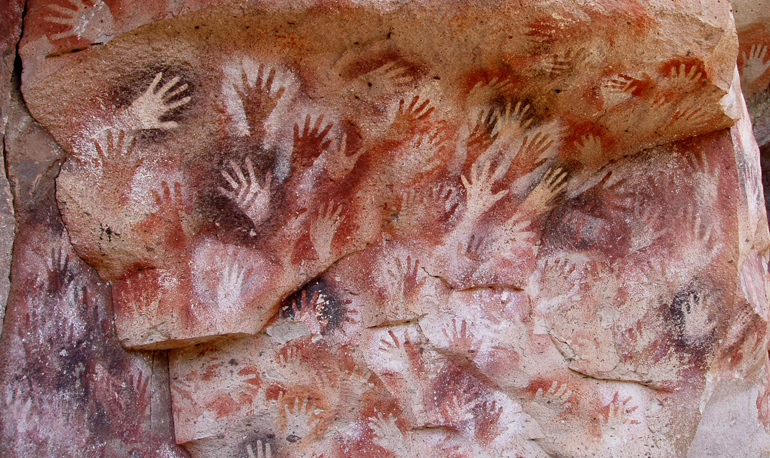 Because there is language. Humanoids happened, then Homo sapiens happened, and somewhere down the line, we started to talk. Why? Because pictures weren’t enough. Because pictures, dazzling as they were (and still are), are a little less portable, less mutable to the nuances of our shifting perceptions. Nobody knows exactly when language started, or why humans, and not any other animal so far as we can observe, have the only sophisticated one.

Recently, the popular science magazine Nautilus announced that it contained in its pages the first ever published nonfiction piece by Cormac McCarthy. Shortly after that, the New Yorker published their reaction to McCarthy’s piece. Pomp and circumstance aside, the topic of McCarthy’s piece intrigued me: the origin of language and its relation to the unconscious human mind.

McCarthy’s essay, “The Kekulé Problem,” is influenced by his time spent at the Santa Fe Institute, where he is a research fellow, trustee, and friend to some of the cutting-edge thinkers of our time. August Kekulé was a nineteenth century German chemist who discovered the configuration of the benzene molecule through a symbol in a dream. McCarthy wonders why his unconscious mind, if it had the answer, would use a symbol rather than plain German to relay it.

How do McCarthy’s ideas relate to the business of writing and reading poetry? McCarthy asks, “Did language meet some need?” and answers himself, “No. The other five thousand plus mammals among us do fine without it.” Language came out of the vast unknown of our unconscious mind, and it came to us as a tool. McCarthy writes that “languages have followed their own requirements. The rule is that they are charged with describing the world.” Experience, observation, and feeling all come before language: when we use language we are transcribing, at best.

Language is fallible. There is much mystery beneath it, behind it, above it, within it. McCarthy likens our unconscious mind to the machine that runs our bodies. Though we understand almost nothing about the unconscious mind in scientific terms, because our mind is of our physical body, it must be biological. It sends us sensations of pleasure and pain, it blinks our eyes, breathes us, regulates all the operations that keep us alive. Yet we cannot speak directly from it, or even conjure its world up on command.

Language, one of our species’ most impressive tools, allows us only peripheral access to expression of the mysteries beneath it. McCarthy takes this idea even further saying, “The fact that the unconscious prefers avoiding verbal instructions pretty much altogether—even where they would appear to be quite useful—suggests rather strongly that it doesn’t much like language and even that it doesn’t trust it.” Poetry, while employing the medium in question, is aware that language is suspect.

Poetry uses words to say what is not words. I suppose this is also true for the first words, which may have been “Lion!” or “Ouch!” or “No!” (The first words must have been exclamations.) But Poetry with a capital “P” is when someone uses language as a demonstration of something that language doesn’t have the means to convey. Writing poetry is like trying to row a boat with a butter knife, and reading it is like waiting for someone you really would love to see, to arrive on that boat someday before one of you dies. The boat may or may not have a sail, and anyway the afternoon is windless.

What I mean is, poetry is hard. In “The Kekulé Problem,” McCarthy says, “The facts of the world do not for the most part come in narrative form. We have to do that.” Now also know that poets believe that narrative and facts fail when it comes to describing what it’s like to be alive. Poetry has to push language aside to see what’s underneath it.

The discussion of difficulty in poetry is an old one, and I’m not the first to tell you that maybe poetry has to be difficult. Wisława Szymborska has written about an “obviousness we have grown accustomed to” and warns us to remember “the point is, there is no such obvious world.” Reginald Shepherd wrote an essay on difficulty in poetry for AWP Writer’s Chronicle, in which he says, “What I cannot bear, as a reader or as a person, is to be bored. For a poem to be boring is much worse than for a poem to be baffling.”

There’s this whole idea of not knowing, and learning to be at ease with that. This not knowing goes beyond looking at a poem, and into the impulse behind its creation, and the advent of language itself. Howard Nemerov, who wrote a whole book on difficult poetry, asked, “Meanings, generally speaking, are derived from the world and meanings are communicable; but is the world communicable?” The poet Elizabeth Willis wrote, “A word is a symptom / of what can’t be described.” There is nothing ordinary about language, which is something we forget every day.