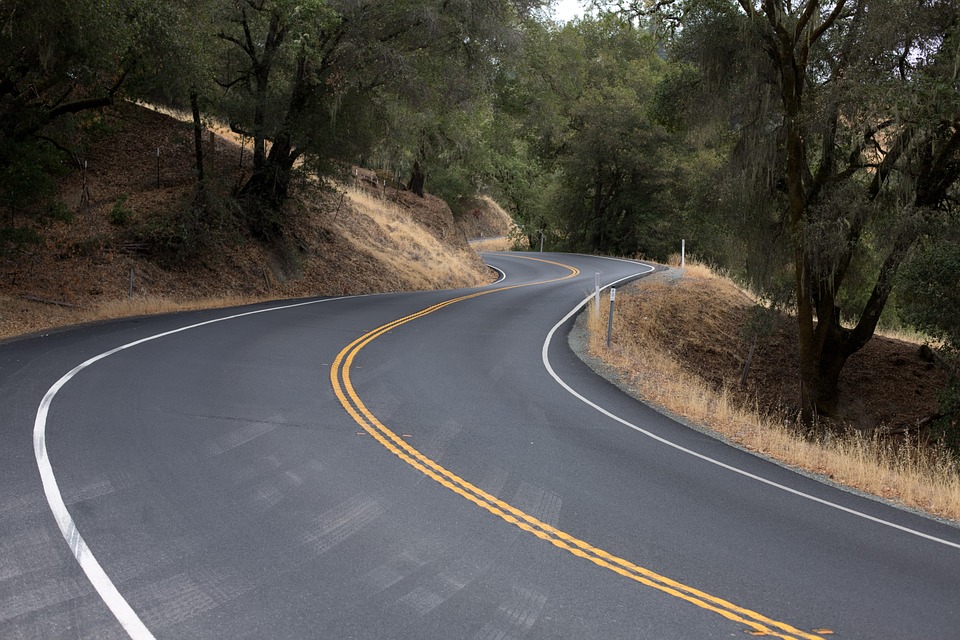 I’m repeatedly drawn to certain forms and subgenres of poetry, like villanelles, sestinas, and poems about roadkill. Yes, roadkill poems actually seem to be a subgenre—try googling it. Categories appear: “Short Roadkill Poems,” “Famous Roadkill Poems,” “Long Roadkill Poems.” Examples pop up, including amateur efforts that rhyme kitty with city with pretty with shitty and ones with metaphors comparing the narrator’s feelings to “exploded roadkill.”

The best ones, however, are more subtle, more nuanced, honest without gratuitous emphasis on the gruesome or maudlin, using the common and relatively mundane experience of seeing dead animals by the side of the road as occasions to reflect on passion, arrogance, responsibility, mortality, the life force, and the significance of the most insignificant life.

Judy Ruiz’s “Nirvana, or What Happens When You Think God Looks Just like You,” from her 1991 collection Talking Razzmatazz, anthropomorphizes a skunk that notes the resemblance between the road’s middle line and his own white stripe. Believing he’s the image of God, he concludes that he must be crossing the Almighty’s back. It takes one swipe of an old Chevrolet to wipe out that fallacy.

The narrator of Andrea Hollander’s “Black,” from 1993’s House without a Dreamer, drives home from an illicit lover’s. On the way, she observes roadkill and reflecting on the nature of passion, as if it’s a strange animal that “travels in the dark,” something we can’t fully know or understand: “We do not have a sense/of what it eats or where it sleeps, and only know/its death.”

Most often, poems in this subgenre examine issues related to mortality. Perhaps the best known is William Stafford’s 1962 “Traveling through the Dark.” In it, the narrator comes across a pregnant dead deer on a narrow canyon road and is faced with the dilemma of what is more humane and respectful: to leave the doe there, or to prevent further accidents by pushing her into the canyon. This choice feels particularly brutal since the cold doe’s side is still warm, the fawn still alive. The narrator hesitates as his own life calls him back, the “steady engine” of his car purring under the hood.

Stafford uses the word “swerve” both literally and metaphorically. First, he makes the split-second decision not to risk swerving around the doe on the narrow road. Later, making what he knows is the only possible choice, he thinks “hard for all of us—my only swerving.” In this brief, packed line he pauses to honor both of these lives, to acknowledge the imperfect compromises inherent in every choice, and to recognize human responsibility and our mutual mortality before pushing the deer over the edge.

The word swerve appears in a couple of later roadkill poems, perhaps a nod to Stafford’s. In Mary Oliver’s 1979 “The Black Snake,” a truck fails to swerve, killing the title creature. “Death,” Oliver says. “That is how it happens.”

Through metaphors, Oliver’s narrator recognizes the beauty and past vitality of the snake as she observes it “looped and useless/as an old bicycle tire,” “cool and gleaming/ as a braided whip,” and “beautiful and quiet/as a dead brother.” The last metaphor introduces a new subtext, suggesting that this small death resonates with the narrator’s greater losses. Driving on after moving the snake to the roadside, she reflects on death’s arbitrariness, certainty, and power to inspire grief. Yet, she says, under

reason burns a brighter fire, which the bones
have always preferred,
it is the story of endless good fortune.
It says to oblivion: not me!

Ultimately, the poem celebrates the simultaneous awareness and denial of death that makes tenacity possible: “It is the light at the center of every cell,” she says. “It is what sent the snake coiling and flowing forward/happily all spring through the green leaves/before he came to the road.”
Billy Collins’ narrator manages to “swerve” around a dead groundhog on the road in “Ave Atque Vale,” from his 2003 collection Nine Horses. As he goes on, the memory lingers with him, his imagination bringing the groundhog to life so palpably it is as if it’s in the car with him. Collins’ narrator imagines the life of this animal, “sleeping all day and foraging at night/rising sometimes to consult the wind with his snout.”

Dead animals are, of course, a common phenomenon, a daily sight, but each time the narrator hopes that they will prove to be “a shredded tyre, a discarded brown coat/but there they are, assuming/every imaginable pose for death’s portrait.” Humorously and poignantly, he thinks back to the groundhog that

reminded me of a small Roman citizen
with his prosperous belly,

his faint smile,
and his one stiff forearm raised
as if he were still alive, still hailing Caesar.

Only in Allison Cummings’ 2013 “American Roadkill,” is the narrator also the guilty driver, acknowledging how often her own vehicle is an instrument of death. As in Oliver and Collins, she sees life reduced to ordinary objects: “half a deer on the meridian,” “a raccoon’s ribs,” a boxed turtle flattened to ruined tile,” a “black snake taken for a ribbon of tar.”

Cummings sees these deaths as the tragic but inevitable toll of human restlessness on wildlife. Even when the narrator resolves to stay home, she knows that

The roaming will insist
and I will slaughter whole families
in migration.

Cummings’ poem is reminiscent of Stafford’s as she mourns losses of life while acknowledging both human responsibility and our complex compromises. In a note in , she says that she seeks to “track and sort out the paths of what feels like a dizzying web of interconnected life,” a summary that could apply to all of these poems that make meaning from seemingly mundane daily realities.