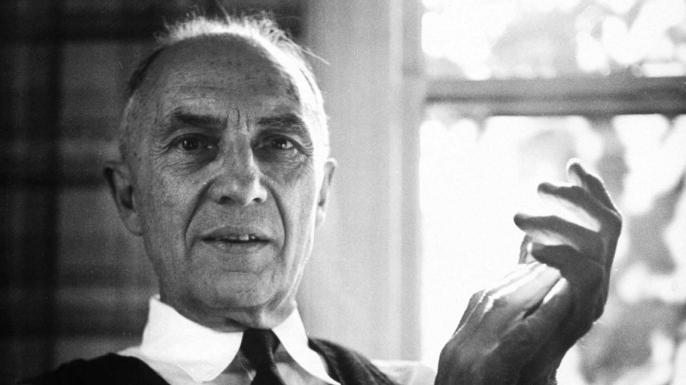 When I came in for a chicken pox shot, my mother mentioned to Dr. William Eric Williams that she could recite one of his father’s poems from memory. “Let’s hear it,” he said.

“This is just to say: I have eaten the plums that were in the icebox…”

He dismissed that one. “That was just a note he left for my mother.”

One might reasonably call Rutherford, New Jersey a charming mid-sized town. Settled along the Passaic River, we owe our existence to New York City. The #190 local buses chug along Union Avenue all night long, a sound soothing like waves if you’ve grown up with it, maddening if you haven’t. Where Union Ave turns onto Park Ave, the World Trade Center is framed in the distance. There is a red wheelbarrow chained to a tree outside the public library. And the blue house, 9 Ridge Road, where Doctor William Carlos Williams lived and practiced medicine, still stands. His son, my earliest pediatrician, practiced in the same house until his death in 1995.

In an interview with The Paris Review, William Carlos Williams described Emily Dickinson as his patron saint. (“[S]he followed the American idiom. She didn’t know it, but she followed it nonetheless.”) For several decades, Williams Carlos William has been Rutherford’s.

Suburbia, at best, evokes mixed feelings. Everyone hates the suburb they grew up in—at least, everyone I know. New Jersey towns have the added burden of being adjacent to the City and suffering by comparison. But as Rutherfordians, we take pains to explain that the commute isn’t really that bad, that we’re only eight miles west of midtown. And I still remember the time in a college Literature class, an upperclassman advised me that I didn’t have to tell people I’m from New Jersey, if I didn’t want to. “You don’t act like it at all,” he said, presumably a compliment. Eighteen years old, living away from home for the first time, I’d never had any special affection for my state, but I was still offended.

William Carlos Williams had the same anxiety about suburban life. When The Paris Review asked him whether Rutherford was a good environment for poets, he answered haltingly, the result of a stroke: “A very bad environment for poets. We didn’t take anything seriously—in Ruth—in Rutherford. We didn’t take poetry very seriously.” Serious or not, the people of Rutherford indelibly shaped his poetry, which borrows liberally from the language he heard on the streets and in his waiting room.

As a result, critics like to imagine a down-to-earth doctor relating to his patients, bringing poetry to the masses. Wendell Berry writes in The Poetry of William Carlos Williams of Rutherford: “his audience of first choice were his neighbors, to whom he sometimes spoke directly in his poems, regardless of whether or not they were listening.” But the doctor knew that the the townspeople weren’t listening to poetry, which is likely why he felt such ambivalence about his home. The Paris Review interview continues:

To your sorrow? What do you mean by that?

It is always better to stick to something.

Williams chose to make a life in the same town in which he was born, despite having gone to college in Pennsylvania, and multiple extended stays in Europe. He believed in an American idiom. Had he stayed abroad, he might have learned to sound more like Eliot or Pound, academic and allusive. To his sorrow, he stayed in New Jersey, where his local readership remained small throughout his life, even as he was publishing his fifth, sixth, seventh books.

He did, undoubtedly, become the most famous person to ever come out of Rutherford. (I don’t know if people regularly pick up Paterson or Spring and All, or encounter him much outside of the famous red wheelbarrow poem, but there aren’t many competitors.) Our movie theater is named after him now. Just last week, The William Carlos Williams Center, recently revitalized, screened (and sold out) Jim Jarmusch’s latest movie Paterson, with the director in attendance. Adam Driver plays a character temperamentally like Williams, a poet with a day job—in this case, a bus driver—who jots down lines during the quiet parts of the workday. WCW is his favorite poet.

For those making art while holding down a job outside of their field, Williams can serve as an inspiration. (Think, more like Wallace Stevens, an insurance salesman, and less like Frank O’Hara, a curator at the Museum of Modern Art.) Keeping his writing life separate from his professional life might have been isolating at times, but he wrote his isolation into the poems. In the “Danse Russe” he describes dancing naked, alone in a room, singing “I am lonely, lonely. / I was born to be lonely, / I am best so!” I love the best so. There is utility in loneliness, a necessary part of going inward, retreating from life to really look at it. You might come out on the other side with a wheelbarrow, a bunch of plums, or asphodel, that greeny flower.