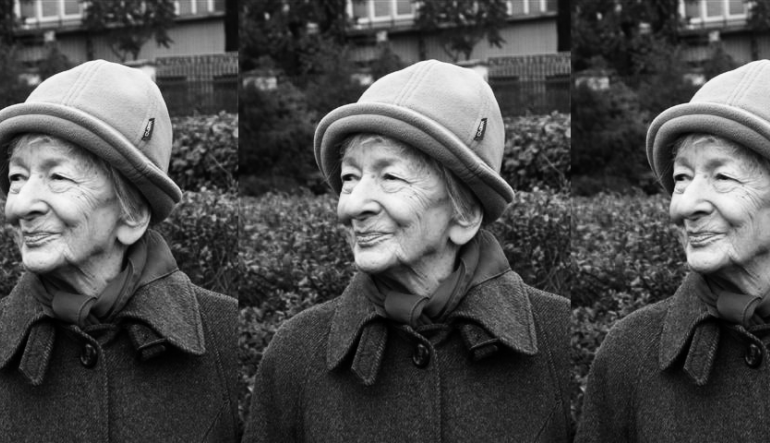 “Poets, if they are genuine, must … keep repeating ‘I don’t know,’” Polish poet Wisława Szymborska counsels in her 1996 Nobel Prize lecture, “The Poet and the World.” Her poetry demonstrates this ideal through its allegiance to astonishment, a feature that’s perhaps her most lasting influence on poetry. Astonishment is a surrender born out of inquisitive and active humility; its sympathetic refrain of “I don’t know” offers poetry space for a wandering imagination.

The phrase “I don’t know” is “small, but it flies on mighty wings,” Szymborska says. “It expands our lives to include the spaces within us as well as those outer expanses in which our tiny Earth hangs suspended.” It is the core of curiosity, and, paradoxically, it’s perhaps the phrase most integral to empathy. “I don’t know” doesn’t mean I don’t want to know but rather I want to know more. It is an allowance of space meant to be filled. It makes room for the other and for other people.

Poetry, Szymborska contends, is the operative exercise of not knowing: “Each poem marks an effort to answer this statement, but as soon as the final period hits the page, the poet begins to hesitate, starts to realize that this particular answer was pure makeshift that’s absolutely inadequate to boot.” Poems are not parades of the known but rather failed attempts at knowing—much like the essay, named thus for the Old French word meaning “to try,” essayer.

Szymborska’s “Among the Multitudes,” a poem in her 2002 collection Moment, features a speaker astonished at what she is and what she isn’t. She could have been “[s]omeone from an anthill, shoal, or buzzing swarm … // Someone much less fortunate / bred for my fur / or Christmas dinner.” Imagining  what might have been is a tool Szymborska uses to craft drama in her poetry; this poem, however, emphasizes astonishment to make clear that it is an integral part of her identity.

The poem ends with a tercet: “I might have been myself minus amazement, / that is, / someone completely different.” At first, it seems that amazement is only a part of the speaker’s self, but the final line changes that perception; without her amazement, she is “someone completely different.” As Szymborska considers geologic time and distant planets, it seems that the self, one’s internal life and memory, is among the most astonishing of subjects. Take, for instance, the poem “Memory Finally,” from 1967’s No End of Fun, that declares:

Memory’s finally found what it was after.
My mother has turned up, my father has been spotted.
I dreamed up a table and two chairs. They sat.
They were mine again, alive again for me.

Szymborska often imagines impossibilities—the return of the dead, a “Conversation with a Stone,” an encounter with a past self—in her poems, making them real.

The American poet who most reminds me of Szymborska is Laura Kasischke, whose Where Now: New and Selected Poems came out last year. Kasischke’s work embodies Szymborska’s astonishment as well as the tendency to explore impossibilities. Like Szymborska, Kasischke’s poems have a fabulist quality, even when they are about the most personal of events. “Babysitter” begins, “When I was sixteen I decided / to eat the underworld fruit. / What the hell, I said.” Szymborska’s “Teenager,” on the other hand, presents an encounter with her own teenage self who “vanishes, / leaving her scarf in her haste.” Although the characterization of the two teenage girls is certainly different, both poets render them without allegiance to autobiographical fact, elevating their figures to the mythic, the mysterious.

Above all, Kasischke seems to be just as astonished as Szymborska was, and this is what she carries into her poems. Comparing two of their poems side by side offers some insight into the way that the two move through poems in similar ways, from a proposition or statement to an elaboration of the idea through the astonished imagination:

Elsewhere, we see that these two poets occasionally arrive at the ends of poems in similar ways as well. Kasischke’s “Praying Mantis in My Husband’s Salad” offers a speaker telling the story of the time her husband, long before he was her husband, found a praying mantis in his salad; he was with an old girlfriend. Although Kasischke’s speaker wasn’t present, wasn’t even in his life at the time, she’s astonished that she feels jealous and sad: “Even // stranger is / how can I remember it? / And remember it so well?” Kasischke, in a deft Szymborskian move, presents an impossibility as an answer: she was the praying mantis. That’s how she remembers.

My tiny, triangular head, swiveling
from side to side. My
dead expression, while

my arms (sharpened swords, in fact—for I’ve
been seen to slice and eat a hummingbird
on National Geographic) seemed

folded up in supplication, or in praise.

It’s a funny ending to the poem, one whose comedy is rooted in the wife’s desire to spy upon her husband’s past, even in such a grotesque form. Szymborska, on the other hand, wryly undercuts the sincerity of her “How am I me?” kind of questions in “Astonishment” by ending the poem in a simile that compares her existential inquisition to animal noises: “Why am I staring now into the dark / and muttering this unending monologue / just like the growling thing we call a dog?” When the questions become hard, become something else, these poets seem to say—poetry lets you do that. Be amazed.