Home
»
Interviews
»
“Without Any Agenda Except to Pay Close Attention”: An Interview with Marianne Boruch 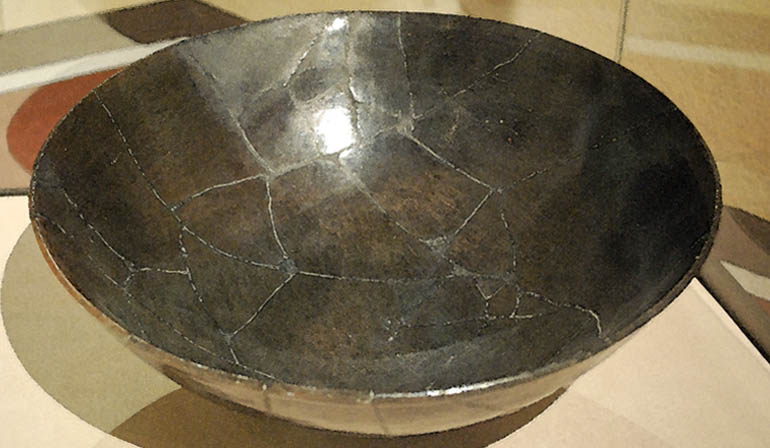 Marianne Boruch’s poems delve into the quirks and oddities of our daily lives. They show us the mind in motion as the poet explores, and revels in the experience of exploration as much as what it might reveal. Marianne is the author of numerous books of poetry, including The Book of Hours, Cadaver, Speak, and most recently, Eventually One Dreams the Real Thing, as well as two volumes of essays and a memoir. She teaches at Purdue University and in the low-residency MFA program at Warren Wilson College. In 2016, she judged Ploughshares’ Emerging Writers Contest for poetry. We caught up at the end of a busy semester (or maybe it was the start of a new one) to talk about how poems happen, how books come together, and the quiet rituals of her begging bowl and hospital rounds.

Matthew Thorburn: In some ways, Eventually One Dreams the Real Thing feels a bit more wide-ranging than your other recent books. In Cadaver, Speak, that wondrous title poem pulls all the other poems toward it like a magnet, while in The Book of Hours the poems all work their magic within the same stanza form. Would you talk about how this new book came together?

Marianne Boruch: This recent collection is more a miscellany than those previous two books—writing poem after poem over a couple of years, then: okay, I have enough for some sort of gathering. In this way it resembles most books of poems, and certainly my earlier collections. Shape in any collection means figuring out a progression, usually tonal, and variation is key. There’s the shift from the end of a poem to the next one’s first lines when working that out. It’s intuitive and maddening. To be honest, it’s a quandary I have yet to solve.

MT: How does a poem start for you—and how do you know when a poem is “finished”? Do you work on a number of different poems at the same time?

MB: I still swear by a “begging bowl” method in my daily practice, whatever image jumps out at me (or into my bowl), working with that. The trick is to go empty enough to let it come to me.

That said, I do keep an “image journal” for images that strike me, most of which I will never use, but it is, at the very least, a record of my life, what drew my attention, i.e.: Why that smushed, run-over-a-thousand-times-in-the-snowy-street single glove? Why that? Occasionally one will trigger a poem.

What’s key now is what I call my “hospital rounds” before dawn, a pot of tea with that, a quiet room. I work with a stack of seemingly finished poems—hard copy—reading with a pencil without any agenda except to pay close attention, feel the weight and release of each word and line and silence, waiting for the poem to reveal itself further perhaps. In fact, I’m just showing up, spending “quality time with my poem”—so I like to joke. But it’s a serious eye-to-eye and mostly I just move on. Still, sometimes a piece will go weird on me, I’ll have a fresh thought, zero into ways to mess with image, line, syntax, all that adding, subtracting, letting it dream off or pare down. It’s surprising—I’ll notice some new something that was there the whole time!

Here’s the thing: I have no idea what I’ll think about such changes the next morning. I wake up genuinely curious—will yesterday’s refiddling stay or not? My neuropsychologist husband tells me the brain changes during sleep. Strange fluids flow over and settle there. So you actually understand things differently the next day. It’s a very low pressure way to revise. My poems no longer cringe when they see me coming at them. I fool them. They think we’re just hanging out. Months of this, getting to know who and what these little meditations really are. The fact is—you can’t see everything at once.

MT: How did “Little Handheld, Little Movie in a Phone“ start? Would you tell us about your experience writing this poem?

MB: My daughter-in-law, Joan Dunlap, e-sent me a little video of our three-year-old grandson entering a patch of woods, following their dog sniffing ahead and crazy happy to be in that sun-dappled shady place. Both dog and boy went deeper into those trees and at some point—you can almost see my grandson thinking hmm, maybe this isn’t such a hot idea. Too far from Mom and Dad, so there’s this delicious hesitation in him before he decides to turn back. Such a beautiful, funny-dark primal moment, and ancient. I wanted to nail that somehow, and went into a kind of deep reverie to get closer to the weight I felt in that split-second. Then one thing led to another, the way poems at times allow.

MT: In addition to being a poet, you also write thoughtful, engaging essays and have published a memoir, The Glimpse Traveler. How does your prose writing differ from or overlap with your poem writing?

MB: That “me-woir” was like free beer. It was great fun, but rather sobering, to revisit the hitchhiking trip I took in 1971, and try to get it right, be accurate and ordinary about a time that is either wildly romanticized or outright disdained. Working on that—a truly odd venture, a real mystery, it turned out, though it’s not a misery me-woir. All those great prose issues too—Change over time! Characters! And paragraphs! (“Thought collects in pools,” Stevens says.) Writing such short chapters was crucial. Although there is narrative progression—an honest-to-Zeus story after all—I felt the shift from chapter to chapter in a deeply lyric way. I do think that all the essay writing I’ve done probably prepared me for that book. But any writing—its how and why—seems to me pretty mysterious, inviting, and a bit scary (this last the most vital).

MB: My third book of essays on poetry will be out this spring in the “Poets on Poetry” series at Michigan so I’ve been tweaking that. Meanwhile, there’s the continuing saga of poems; a tenth book is about finished. And maybe there’s more of the great world—and less of me—in those pieces. Like so many of us, I have profound worries about our country’s, our planet’s fate now. Also in the works is a collection of smaller, odder essays (vs. full length ones, as in the Michigan book). How one thinks through and makes new shapes—that’s absorbing, the dark thick of it, never knowing how it will turn out. It’s just—I love the process. What does Bishop say? “A self-forgetful, perfectly useless concentration . . .”

Read a couple of poems from Eventually One Dreams the Real Thing here and here.