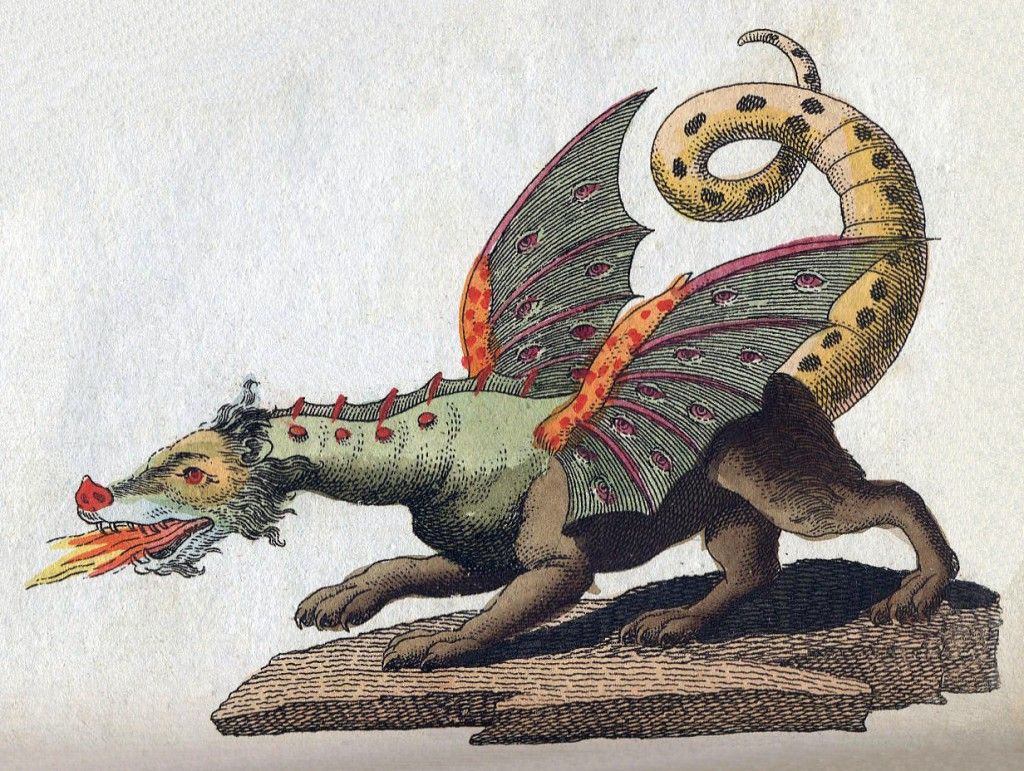 “Can Hollywood tell historical tales without unwittingly appealing to toxic ideologies?” asks Steve Rose in a recent article for The Guardian. Prompted by the April release of Robert Eggers’ The Northman, a Viking revenge film based on the medieval legend of Amleth, Rose’s article tracks the film’s quick reception by the alt-right. Citing quotes from 4chan that praise the film’s ability to fit into a white supremacist agenda—with a “white cast” and showing “pure raw masculinity”; the film helps to “restor[e] pride in our people”—Rose notes the irony that Eggers himself was resistant to making a viking film because “the macho stereotype of that history, along with, you know, the rightwing misappropriation of Viking culture, made me sort of allergic to it.”

But the film’s alt-right reception was in many ways predictable. As medievalist Dorothy Kim details, the co-opting of the medieval as a time of racial purity and masculine achievement has a long tradition, deeply embedded in false understandings of the period. The task for would-be producers of creative works about the Middle Ages thus becomes “how to make [a] vision of the medieval past and, in this case, the medieval Scandinavian past, not some sort of catnip for white supremacists to use for future violent attacks.”

The Northman, while committed to historical accuracy and invested (at least somewhat) in stories about women and women’s revenge, does not do enough to set itself apart from this perception. As I sat watching it a few weeks ago, I found myself horribly disappointed and, oddly enough, thinking about Beowulf. My disappointment was rooted in a number of things—the film is too long and there is far too little Björk—so my mind had drifted to a modern version of a medieval story that has avoided the white supremacist catnip fate: Maria Dahvana Headley’s acclaimed 2020 translation of Beowulf.

Headley’s Beowulf belongs to a recent trend of feminist translations of classic literature, and it marks a notable departure from other versions of the Old English epic saga of the hero-turned-king. It’s not just that the poem is overtly feminist in its orientation, but that the particular form of feminism Headley adopts undercuts major alt-right and white nationalist narratives about history, masculinity, and violence. Unlike versions by Seamus Heaney and J.R.R. Tolkien, Headley’s Beowulf works to center the lives and voices of women—a move that dramatically changes its handling of violence and trauma.

This centering appears throughout the poem—in her treatment of the queen Wealhtheow, in the language she uses to describe violence against women in war—but it is most striking in her work on two of the characters: Grendel’s mother and the dragon. Grendel’s mother is one of the great antagonists of medieval literature, a mother and outcast who seeks revenge for the death of her son. She is a powerful being who dwells at the bottom of the lake outside the bounds of Heorot, the nearby Scandinavian hall. When Grendel begins a twelve-year long raid on Heorot, killing hundreds, Grendel’s mother is absent, only making an appearance once the great hero, Beowulf, manages to kill Grendel, ripping off his arm and ending his violence. As the entirety of Heorot celebrates the death of Grendel, “[t]here was another chapter,” Headley writes:

…An avenger lay in wait,
counting sworded seconds until the latest hour,
her heart full of hatred. Grendel’s mother,
warrior-woman, outlaw, meditated on misery.
…Now his mother was here,
carried on a wave of wrath, crazed with sorrow,
looking for someone to slay, someone to pay in pain
for her heart’s loss…

It’s easy for Grendel’s mother to be read as monstrous. She reignites a long violence that has just been ended, coming into Heorot with murder on her mind and slaying a much beloved counselor. She is an outsider, marked as such by her dwelling beyond the edges of the civilized world and by her genealogy as a descendant of Cain, the first traitor and murderer. But there is little to suggest in the original Old English that she’s monstrous, and Headley, embracing that element of the original poem, develops Grendel’s mother’s point of view. She is an avenger, an outlaw—a person who has been pushed to the edge by great grief and seeks someone to pay for her pain.

In the world of Beowulf, this payment is not just a metaphor. The cycles of violence and revenge that structure the poem are constructed around the concept of the wergild: man-gold, the payment that a murderer owed to their victim’s family to compensate for lost value. When a wergild was not, or could not, be paid, it was the task of the victim’s family to extract the wergild through revenge—a life for a life. Headley’s translation draws this reasoning to the fore. Grendel’s mother doesn’t act irrationally or cruelly. She grieves and seeks her own form of man-gold from the “murdering herd / of sleepers, drooling, drunk, their feast filling them,” who were responsible for her son’s slaying.

That she dies as a result of that revenge, slain by Beowulf in her lake-home, is in Headley’s translation able to be seen as a loss. Her actions are elevated, given the status of avenging and redemption, while the heroism of the men of Heorot are undercut: they are characterized as animal-like and vicious, overcome with weakness and drink. It’s not so much that Headley is an apologist here, excusing feminine violence simply because it is feminine, but she uses the original poem’s own despairing lamentations on the terrible loss and grief, the long, generational trauma created by patterns of violence, to avoid valorizing masculine violence. Masculine violence becomes something that requires (feminine) ingenuity and bravery to be resisted and lived with.

In perhaps Headley’s largest departure from the original poem, she converts the dragon into a she, critically shifting the circumstances surrounding the dragon’s rampage:

Across a star-studded sky, in deepest dark one night,
a dragon ranged, unchecked. She was a scar-skinned
warrior, long accustomed to shadow-soaring by moonlight,
defending her claim, hoarding in her own high hall.
No man knew the way into the dragon’s cliff-top cocoon,
but a thief stumbled through a split in the stone,
and retrieved a gem-glistering goblet. He robbed
her of nothing else, just the cup—but.
Up she rose, raging, grieving, though to cry out
was to confess she’d been stripped while sleeping.
This country, these creatures, would feel her fire.

Reconstructing this section of the poem (famously fragmented, ironically enough, by fire damage in the eighteenth century), Headley’s feminine dragon draws attention to the violation at the heart of the thief’s actions. The dragon is powerful, unchecked—a warrior that has seen battle (scar-skinned). But then her safe haven is invaded, her stronghold weakened by a careless thief—language that echoes that of sexual assault—and the dragon must wield destruction to reclaim her honor and reestablish her power.

What she does echoes a horrifying justice: she imagines a wild battle, plans a disemboweling, and then waits until nightfall to “put the world on blast, / roaring into the sky, a comet of catastrophe.” The violence she wreaks is terrible, and it puts the men in the poem, notably Beowulf, in a unique position: “He wasn’t used to feeling insecure.” Now an old man, Beowulf suddenly feels his age and suffers the pressures of his people to end the dragon’s violence, but what is the right response to this sudden threat?

What Beowulf chooses is to face the dragon—and he elects to do it largely on his own, an effort to establish his own heroism and defend his honor. The dragon is defeated, but not without cost. Beowulf dies in the fight—as a king, but a king without an heir and thus without a means of securing the future of his people. When they mourn him they also mourn their own fate. In one of the most haunting moments of the poem, the celebration of Beowulf’s life is juxtaposed with the generations of violence his people face. “He was the man! He was the man,” the last lines of the poem insist, attesting to the success of his life as a warrior and hero, but they ring hollow in the face of a dirge sung by a woman at his funeral:

She tore her hair and screamed her horror
at the hell that was to come: more of the same.
Reaping, raping, feasts of blood, iron fortunes
marching across her country, claiming her body.
The sky sipped the smoke and smiled.

Headley, translating closely to the Old English here, shows the true consequences of Beowulf’s being “the man” and the cycles of revenge and violence that this warrior culture demands. The cost is paid in her body, in women’s bodies.

One of the great disappointments of The Northman is that it sets itself up as acting in opposition to narratives of “macho” violence and revenge, but the conclusion valorizes it. The hero, Amleth, has a choice at the film’s end: to walk away from (and end) patterns of violence, or to begin a new life elsewhere. Instead, Amleth tries to do both. He sends his pregnant lover off to begin her own new life away from his revenge-filled world, and he also goes to pursue his revenge. When he inevitably dies, he is taken up to Valhalla and visions of his children populating his family tree fill his mind. A man can have it all, the film suggests: revenge and children, an end to violence and honor. It’s easy to see why a narrative like this might be alt-right catnip. What Headley shows is another way of contending with narratives like these: centering women’s voices, centering women’s resistance to these forms of violence, but also showing the cost of this masculine fantasy of heroism and honor.