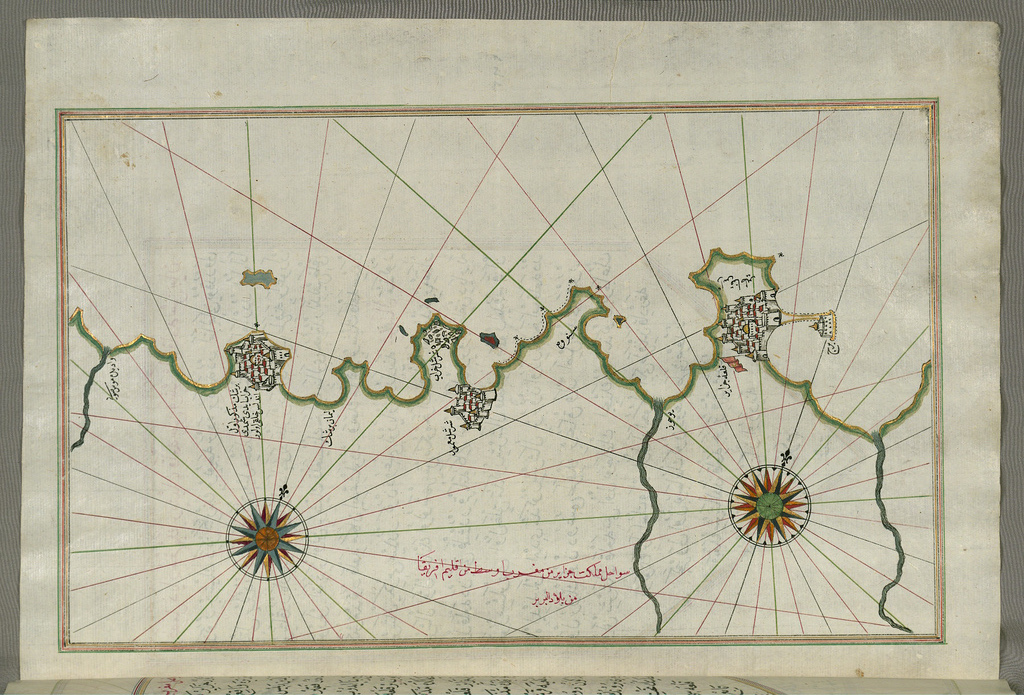 Modeling the structure of her novel after Beethoven’s fantasias, Assia Djebar reveals the power in women’s nonverbal sonic expressions in the context of the erasure of Arab voices in Algerian historical accounts. Though the Algerian War of Independence ended over fifty years ago, histories of the Middle East and North Africa have still largely only been recognized when written by those of the colonizing forces. Djebar’s compelling 1985 novel, translated into English in 1993, is not only a crucial historical contribution from the Algerian perspective, but one that comes from an intersectional lens, giving voice to the often silenced and overlooked participation of women in struggles for independence and making space for these histories in the current global conversation.

Fantasia contains seemingly endless layers: separated into three books, each houses a pattern of repeated categories of chapters, such as military history titled with roman numerals or memoir based on her childhood, organized similarly to the musical themes in a sonata. The third book is split into five movements and opens with the epigraph “quasi una Fantasia,” or “like a Fantasia,” followed by a mention of Beethoven’s first and second fantasias. A second type of fantasia comes into play, as well—a military ceremony following triumph.

Originally written in French, Djebar returns to her choice to write in her oppressor’s language in sections of retrospection embedded between sections of historical narrative of the nineteenth century and the Algerian War of Independence, stories of Algerian women, and short, lyrical sections whose overwhelming linguistic beauty recall prose poetry. This conscious choice to use the language of the oppressor echoes in Djebar’s ruminations on the tension between written and spoken traditions and the project of reviving erased voices. Gender and cultural norms twist throughout the narrative, often in discussions of the harem, the veil, and Djebar’s own self-doubt that stems from her French schooling and resulting “Westernization.”

Most significantly, Djebar shows the nearly unimaginable power of women’s voice, which functions as a collective force in the novel: “The voice recounts? Scarcely that. It digs out the old revolt. It portrays the rolling hills, so often set on fire, the ride across the russet slopes of these bare mountains that I travel through today.” Always with this ability to bring the past into the present, women’s voice appears throughout Fantasia in three main forms: ululation, cries, and whispers. Each reveal the unrecognized roles women play both in Algerian history and in the preservation of knowledge and life today.

“That ancestral cry of triumph, the ululation of convulsive sisterhood!”

Ululation appears in Fantasia as an unrecognized weapon in war and a counter to the dominance of colonial narratives. In battle, we see the juxtaposition of a “mute” men’s war—to which Djebar often attributes silence and sterility—and the “cacophony” sustained by the Algerian women’s ululation. Without the “threnody of war” provided for the men by the ululation, the war remains undocumented, as there is “no leisure for writing” during the struggle against an oppressor. The “hieroglyphs of a wild, collective voice” voiced by the women, however, bring an “ear-splitting” sound to the otherwise silent side of the war. By referring to the sound as hieroglyphs, Djebar suggests the women’s ululation, though non-verbal, holds the potential to be decoded and interpreted in the same way as written characters. This newfound unifying Algerian sound, brought to the war by the women, corrects the dominance of French reports which write a history that strongly favors the perspective of the oppressor.

Near the end of Fantasia, as Djebar reflects on what pulls her to write, she notes, “when [my body] discovers the ululations of my ancestresses on the battlefields of old, it finds that it is itself at stake: it is no longer a question of writing only to survive.” Here, the echoes of ululations years later legitimize her mission and push her to recognize its urgency—her writing is not simply a tool for self-preservation, but, by adding the Algerian perspective to the historical record and presiding conversations about Algeria, the war, and its future, her writing becomes a necessary act to sustain Algerian identity.

“This world sent up a cry that did not cease for two score years or more,” Djebar writes of Algeria in a historical narrative section of the mid-nineteenth century. The cry, a revolt first rendered by Algeria herself, proves a uniquely powerful tool in the throats of Algeria’s women. In one of her lyrical sections, Djebar depicts a thirteen-year-old girl witnessing and mourning the murder of her brother through a cry she calls “the rhythmic wailing of the spirits of unburied dead”:

The men stare down at her from the edge of the ravine: standing there throughout that cry that lurches like a pall dripping with blood and flapping in the sun. The dead man swathes himself in it, using it to retrieve his memory: noxious emanations, foetid gases, borborygmic rumblings. [. . .] the rhythm of the cadences swaddle his flesh to protect it from decay. Voice armouring the dead man on the ground, giving him back his eyes on the edge of the grave.

In this short section, the girl’s cry does more for the dead man’s soul than a proper burial could accomplish. Her cry retrieves his memory, bringing the experiences of the forgotten dead into the present and the record of Algerian history; protects his flesh from decay, standing in for the rites of an extensive burial; and gives eyes back to his corpse, allowing the experiences of the soul to be relayed to the living through the sounds of women’s cries.

Later on, Djebar writes a widow’s account of the night when the French come to take her husband away—a commonly understood death sentence—and relates: “I started to cry and loosen my hair and lacerate my cheeks. All the women in the house did the same thing, howling louder and louder: enough to deafen them all!” When the French officer hears the women’s cries, he says, “‘Let that man go!’” In this instance, the women’s cries quite literally save the husband from French capture and certain torture and death. Djebar gives women’s cries their due recognition as tools of protest and mediums for love that tend to the cruel wounds inflicted by the French.

“To read this writing, I must lean over backwards, plunge my face into the shadows, closely examine the vaulted roof of rock or chalk, lend an ear to the whispers that rise up from time out of mind, study this geology stained red with blood.”

Here, Djebar brings the third form of women’s sound into Fantasia. In a lyrical section titled “Deletion,” she references the Arab perspective of history erased and written over by the French, describing the lengths she must go to uncover it, most notably to listen to “the whispers that rise up from time.” Whispers—which appear repeatedly, always from the lips of women—form a generational tradition that preserves history, genealogy, and stories where they would otherwise be lost, forgotten, or purposely erased. Djebar writes in the lyrical section titled “Whispers,” “the matriarchs whisper to the children in the dark, to the children’s children crouching on the straw mat, to the girls who will become matriarchs in turn.” She continues on to note the whispers help the women retain their role of story-tellers, as without the whispers, legacies will be lost. Djebar confirms that the work of preserving, remembering, and passing on history and culture falls always to the voices of the women.

In this same section, the historical account appears within one of the lyrical interludes, rather than on its own, for the first time. Djebar writes in the voice of a French general, noting the number of hostages—“‘eight of the chiefs of the three principal fractions.’” Mid-sentence, the voice changes: “‘forty-eight prisoners bound for the Island of Sainte-Marguerite: men, women, and children, including one pregnant woman’: so go the whispers, setting the record straight today.” Here, the women’s whispers directly interrupt the project of the colonial narrative and correct its dominance, inserting first-hand knowledge and experience from the Algerian side instead.

Women’s voice does not end at its utterance—Djebar is careful to note that there must be a listener, even if that listener needs to look backwards to find the sounds of the true historical narrative. In Fantasia, this listener is often Djebar herself, recounting her responsibility to uncover the whispers of the past and translate them into the written narrative of Fantasia. In an early pause to examine her writing process, Djebar notes that her “body reverberates with sounds from the endless landslide of generations of my lineage,” invoking the blood bond that allows her to listen to the sounds of the past.

One of the most striking results of documenting this lineage comes while talking to an elderly woman. Earlier in the novel, Djebar recounts the brutal slaughtering of thousands of Algerians in caves by asphyxiation, one instance of which, carried out by General Saint-Arnaud, was purposely never reported, as it would have caused outrage in France. Back in Djebar’s present, she writes, “The fires in the orchards gutted by Saint-Arnaud are finally extinguished, because the old lady talks today and I am preparing to transcribe her tale.” Here, over eight-hundred Algerians—their deaths never recorded, their bodies never buried, viciously tortured until their lungs gave out—are finally laid to rest.

Women’s voices in Fantasia abound with bravery, love, and strength potent enough to form an alternate account of history that challenges the presiding colonial narrative and that brings dignity back to the erased dead. Expressing uncertainty in her work, Djebar writes, “can I, twenty years later, claim to revive these stifled voices? And speak for them? Shall I not at best find dried-up streams?” Just pages later, however, the power of uncovering these voices to resurrect erased women convinces her otherwise. Her sense of duty to her vanished sisters quells her fears and Djebar pays tribute to the Algerian lives she writes for:

Before I catch the sound of my own voice I can hear the death-rattles, the moans of those immured in the Dahra mountains and the prisoners on the Island of Sainte Marguerite; they provide orchestral accompaniment. They summon me, encouraging my faltering steps, so that at the given signal my solitary song takes off.