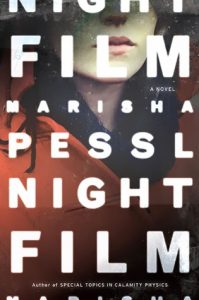 I remember my intern days well. Hell, I was an intern three times: first during college, then again after being let go from my first post-college job, and once more after making the leap into full-time freelance work. Each one of those experiences was different from the others in a variety of ways. But what all of them have in common is that none of them resembled the internships portrayed in The Intern’s Handbook. Which is understandable because, in Shane Kuhn’s The Intern’s Handbook, the interns are actually undercover assassins, using their internships as covers because no one ever notices the intern.

Brilliant. I ate it all up, flying my way through the book because it was so much fun. After all, as I’ve written in the past, I enjoy seeing myself in the books I read. And this book brought me back to my intern days. But then it made things exciting.

Since my time in the trenches, brewing coffee and soliciting book blurbs, I’ve become a full-time freelance writer. And this life is no more glamorous than the one I led as an intern. I roll out of bed at around seven or eight in the morning, slide my feet into a pair of slippers, shuffle my way downstairs to my home office, and then spend the next ten or so hours in front of my computer, toggling between Twitter,  feed.ly, Gmail, and work. Instead of literary lunches with editors, I pull down the shades in my home office, pull out my boob, and feed my newborn. Instead of fancy literary events in the evenings, I mingle with my three cats. Instead of excitement and intrigue, the highlight of my day is when the mail arrives and actually happens to contain a literary magazine or my next Netflix disc. So of course, after reading The Intern’s Handbook, I picked up Adam Langer’s The Salinger Contract.

This book rocketed past the intern years and introduced readers to a successful author . . . who ends up making a deal with the devil that has him fearing for his life, and for the lives of his family members. It was another fast-paced read, a thriller that let me imagine, for just a little while, that my life could possibly be this exciting. I love books like these. Books that take word-nerd protagonists and elevate their typically un-glamorous lives by adding in a major dose of the exciting. I’ve loved them since high school, when I read Stephen King books exclusively. His books almost always featured authorial protagonists whose lives were shaken up by the spooky or the supernatural. Stephen King aside, here are three more recent(ish) reads that have scratched that same itch for me:

While the protagonists of this particular thriller were not professional writers, they were word nerds of a different sort. In Lexicon, language carries great power and words can kill. Literally. Those who wield them have been trained at an elite school so that they can eventually be dispatched for, well, whatever needs doing. As writers, we already know that the words we write can have power behind them, effecting change and shaping minds. It’s interesting to imagine a world in which the power our words hold is more literal.

Less of a thriller and more the type of book that would appeal to fans of ancient underground organizations, conspiracy theories, and puzzles (The Da Vinci Code for words nerds? But smarter?), Sloan’s story centers itself around a mysterious, twenty-four-hour bookstore (you had me at hello) and the customers who frequent it, many of whom are laboring to decipher an age-old code that holds the secret to . . . well, who knows? Do I need to explain why this premise is so delicious to a bookworm like myself?

This one’s a supernatural thriller, with a disgraced journalist as its protagonist. The daughter of a cult filmmaker is found dead of apparent suicide. The filmmaker specializes in the horror genre. And it appears the daughter has dabbled in witchcraft. Or is possessed by a demon. Or has been cursed. Who can tell? The journalist investigates, only ending up with more questions than answers. Can investigative journalism really be this fun? I love love love horror, so I couldn’t put this one down. I read it while my husband was away on a business trip and then I was afraid to turn out the lights or close my eyes because I assumed I would have nightmares. I’d consider that a job well done.