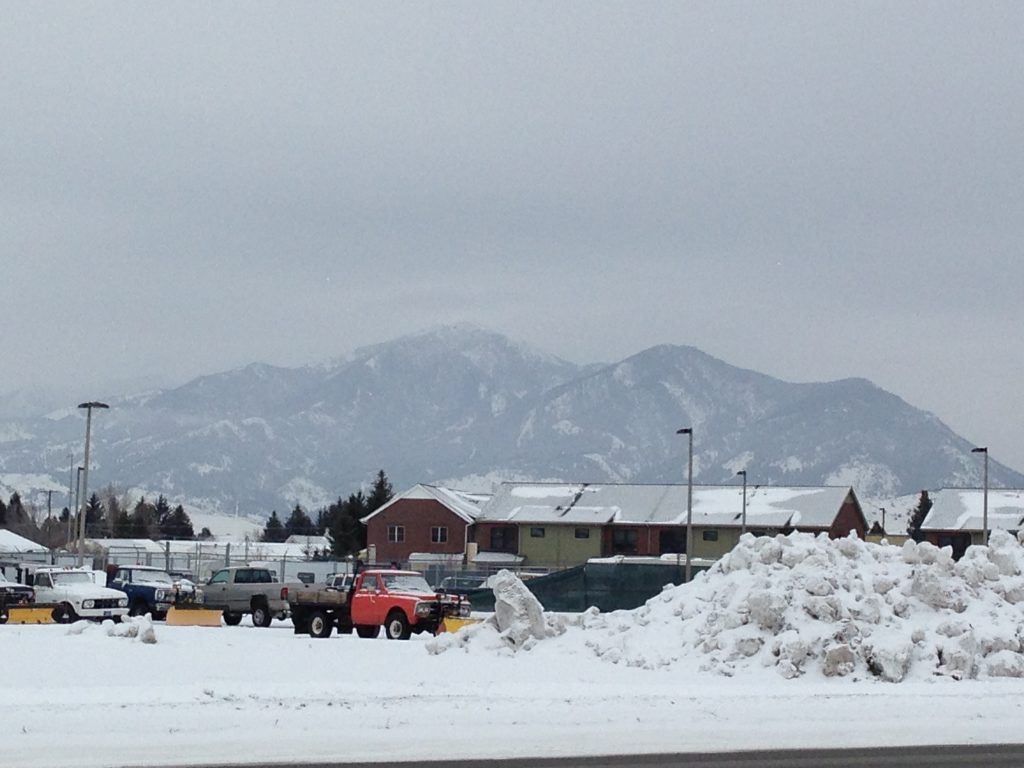 Wyoming is the Cowboy State. The University of Wyoming sports teams are the Cowboys and Cowgirls, and the band plays “Ragtime Cowboy Joe.” The Bucking Horse & Rider is a registered trademark. Rodeo is the state sport. The state is home to a thriving fossil fuel industry, and it has always prided itself on its ruggedness, self-sufficiency, and don’t-give-a-damn attitude. Dick Cheney lives there.

The state also inspires and produces fiction that has long upheld these cowboy qualities. From Craig Johnson’s Longmire detective novels to Annie Proulx’s famous “Brokeback Mountain,” we don’t have to work too hard to see the classic silhouette of the cowboy on horseback against an impossibly vast sky. Owen Wister might have written “the greatest western of all time” in The Virginian, but the Wyoming cowboy has long since broken out of the western genre and is now at home in the popular present and the literary future.

Proulx has spent many other pages on Wyoming. “The Mud Below” and its rodeo rider Diamond Felts is a haunting standout.

As he drove toward the clangor and flash of the noon arena he considered the old saddle bronc rider rubbing leather for thirty-seven years, Leecil riding off into a mosquito-clouded Canadian sunset, the ranch hand bent over a calf, slitting the scrotal sac. The course of life’s events seemed slower than the knife but not less thorough.

That Felts is unlikable—he’s unconcerned with raping the wife of his travel companion—and his life so difficult puts readers in a tough spot. Is he brutal because his life is brutal, or do brutal people build brutal lives?

Then there’s Richard Ford’s “Rock Springs”: gold mines in Wyoming, “trash and criminals” arriving to the boom town, “prostitutes from New York City,” “Negroes with big hats,” and Earl, our narrator, trying to turn his own luck around with a move to Florida, thinking of stealing a car in the parking lot of a Rock Springs Ramada Inn.

I thought that the difference between a successful life and an unsuccessful one, between me at that moment and all the people who owned the cars that were nosed into their proper places in the lot, maybe between me and that woman out in the trailers by the gold mine, was how well you were able to put things like this out of your mind and not be bothered by them, and maybe, too, by how many troubles like this one you had to face in a lifetime.

Here again is that endurance, a hardscrabble sense of survival tinged with a wariness of outsiders, painted on the landscape and splashed back on its characters. Life isn’t easy, the story goes, and maybe it’s not meant to be. You can blame, but you can’t complain.

One of the consistently striking aspects of this fiction is how hard life is for the modern cowboy: “…Both high-school drop-out country boys with no prospects, brought up to hard work and privation, both rough-mannered, rough-spoken, inured to the stoic life.” As she writes about two cowboys with lifelong love for each other, Proulx’s evolution of the silhouette in “Brokeback Mountain” also contrasts their successes in life. Jack Twist ends up making money working for his wife’s inherited business; Ennis del Mar strikes out on his own and ends up with a life that barely fills his small trailer. The cowboy is a man out of his time and also out of time; to stay ahead of bills and foreclosures and rodeo injuries is heroic, but to be a cowboy requires a sureness and determination that borders on fatalism. Success, if it comes, is shaded with the fear of selling out, the guilt of accepting a handout.

The hold the cowboy has on the state helps me understand Wyoming’s reliance on its finite coal and oil, its steadfast belief in standing apart and profiting from the land, and its sense of defensive independence. The cowboy helps me understand why the state had refused to teach climate change in its schools, and why it may be starting soon (wouldn’t a real cowboy want everyone to think for themselves, to make their own choices?). The cowboy helps me understand why, 18 years after Matthew Shepard was murdered, 18 years after he had to take a limo down to Colorado, Wyoming still may not have any openly gay bars. The cowboy endures, but the line between steady and stubborn is a narrow one.

Nina McConigley’s recent PEN award-winning Cowboys and East Indians, wonderfully broadening the character of the state and its people, starts with the familiar silhouette, “…a man hired to look like a cowboy…had a handlebar mustache and a red bandana around his neck,” to challenge the cowboy and state we recognize. The narrator of “White Wedding,” Lakshmi, says of the out-of-town guests’ expectations, “I was tired from the week of dress-up. Of playing cowboy one day, Indian the next. It was like Halloween.” Now, McConigley writes of Wyoming, “It wasn’t the West people were expecting. Most cowboys wore baseball hats. I felt like we were letting them down.” There’s an expectation of the cowboy—what he looks like, how he acts—that, in the let down, proves immensely useful for re-imagining Wyoming.

I discussed this portrait of the state with McConigley, who, as the daughter of an oil and gas geologist, remembers looking up the price of oil every day before reading the comics:

Living in Wyoming, you can’t escape the image of the cowboy. The cowboy on the bucking bronco—it’s on everything from our license plates to the university logo. The cowboy embodies everything I think about the West—someone who lives off the land, and who is solitary and independent. But there is also the whole look of a cowboy—the hat, the spurs, the chaps. And that makes me laugh, as most cowboys I know look nothing like that. But there is something so powerful in someone who makes his or her living off the land. Cowboys herd animals, and I find someone who understands nature and animals very appealing.

But beyond the “Marlboro man fantasy,” McConigley adds, are dangers inherent in the solitude and independence:

We definitely have a ‘cowboy up’ mentality and I am not sure it’s the healthiest thing in the world. We have the highest suicide rate in the nation, so I am not sure being tough and not letting people know you are hurting is so great. Feeling isolated here is a real thing. Especially in the winter when you literally feel a bit stuck here. So if anything, I hope people don’t cowboy up as much. I think you can let-and-let live and still reach out to people, I think connection is the only way forward no matter where you live.

When you grow up in Denver, Wyoming sometimes flattens into being the 90-minute drive north to the border to buy fireworks. (I wonder, now, if I ever passed Matthew Shepard on his way down to Fort Collins or Denver, maybe in a limo, and I think about the very different stakes of those escapes.) Yes, Wyoming has dragged its boots on climate change and gay bars and other necessities of progress and decency, but in its stories and the writers now calling the state home, I see an old west steady yet steadily newer and a pride that need not lose its ruggedness and courage to accept help and embrace fresh hats and faces in town. If the range is really open, I see room for more than one kind of cowboy. I see a frontier vast beyond earth and sky.

I wrote at the top that Wyoming is the Cowboy State. Its official nickname is the Equality State, so named because it was the first territory-turned-state to grant women the right to vote. It is also the state that invented the jackalope. Anyplace that can jump ahead of its time, anyplace that can bring together the antelope and jackrabbit, can be cowboy and equal too.