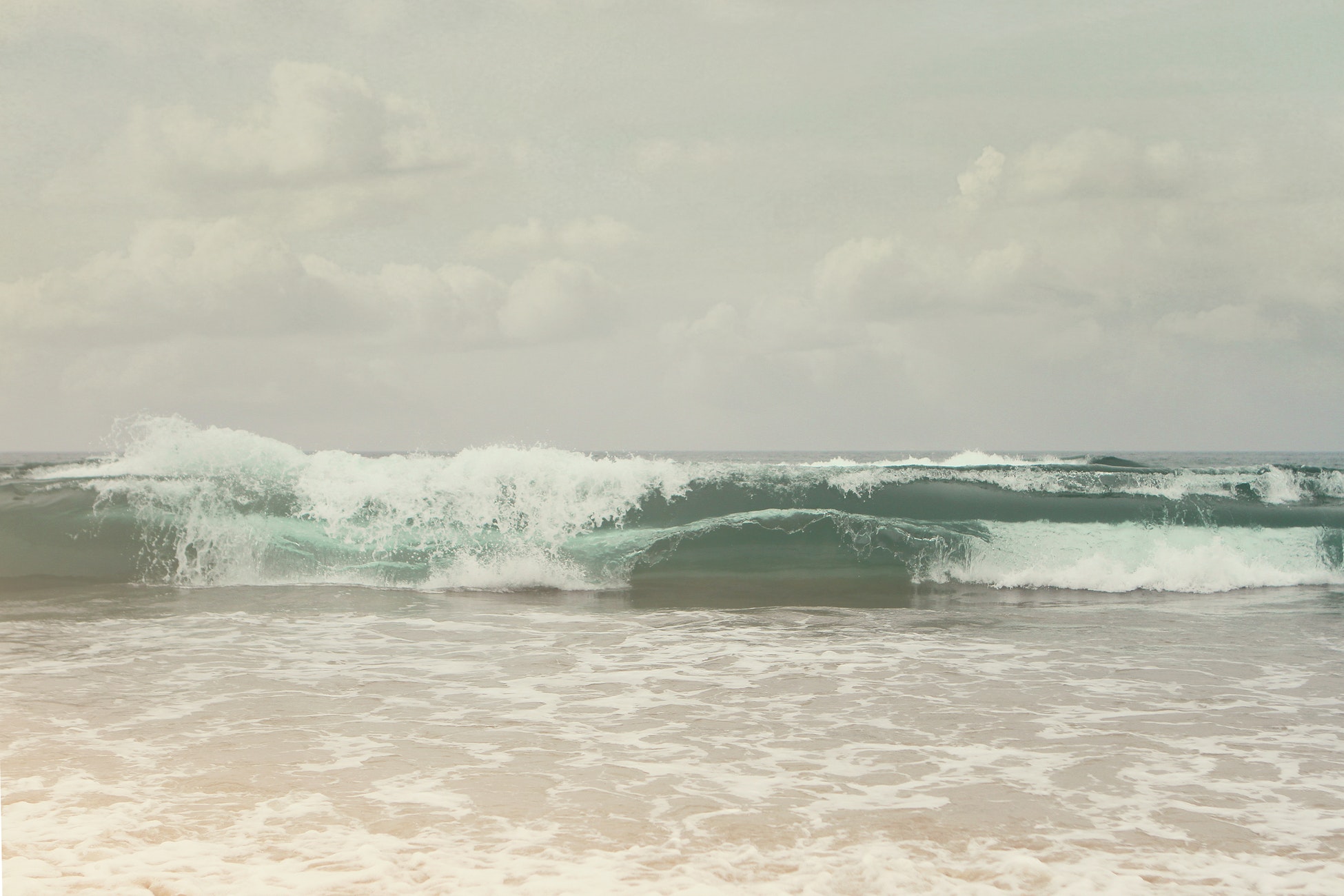 I live near a cemetery in the Berkeley hills that has turned green from the rain. I do most of my jogging in the cemetery, and it reminds me—especially going uphill—that our time here is fleeting. I run among the dead, and I run among the deer and turkeys and other animals forced down the hill in the drought. In the fall, before the rain, I might have seen twenty deer eating remembrance flowers that rested against the headstones. Now I see one or two deer, or a rafter of turkeys, and I think us lucky: the drought is over, the cycle continues, nature is rebalanced.

The title of this series comes from the famous epitaph of John Keats, “Here lies One Whose Name was writ in Water,” and he, as a man who insisted on impermanence, seems a good guide for matters of water and writing in the new West. Experts in California acknowledge that the El Niño winter has made a dent in the drought, but they caution about flooding and overconfidence in the scope of the recovery. One good season, they say, does not many bad years solve. A lucky winter does not absolve us from decades of overuse and neglect. Lawns are greener, reservoirs are deeper, but the worry is impermanence—the thirst and belt-tightening of conservation forgotten—as memories turn slippery with the rain.

But this California, after all, and impatience is a virtue. This is a state desperate to reinvent itself, greedy to perpetually realize the “California Dream” even as its 39 million residents stretch the once-limitless resources. To sustain this dream, California must believe in the image of itself, the story it tells to the world. California is sunshine, not rain. California is beaches and redwoods and Tahoe, not valleys and desert and dust. California is surfers and actors and techies. It is not ranchers and farmers; its almonds and oranges and avocados grow themselves (the almond, which some have suggested takes over a gallon of water to produce per nut, is surely the most Californian). To conserve is not to dream. To dream and innovate is not to remember, to remind, to play it safe.

We cannot blame California alone for this forgetfulness, for the choosing of a prettier story, since water and its troubled ties to permanence are as old and new as Western fiction itself—the desperate Texas ranchers selling land and livestock in Elmer Kelton’s The Time It Never Rained; Cormac McCarthy’s demonic dancing judge in the desert of Blood Meridian, saying he will never die as everything else does; horses, descended from those that carried the Spanish, descending the drought hills of New Mexico in Kirstin Valdez Quade’s “The Manzanos” in Night at the Fiestas; an Italian tourist left dead of thirst outside Las Vegas, and to Nevada’s north, a young woman saved from the Black Rock Desert in Claire Vaye Watkins’ Battleborn—but California should account for its son of the Salinas Valley, John Steinbeck, in East of Eden:

The water came in a thirty-year cycle. There would be five or six wet and wonderful years when there might be nineteen to twenty-five inches of rain, and the land would shout with grass. Then would come six or seven pretty good years of twelve to sixteen inches of rain. And then the dry years would come, and sometimes there would be only seven or eight inches of rain. The land dried up and the grasses headed out miserably a few inches high and great bare scabby places appeared in the valley. The live oaks got a crusty look and the sagebrush was gray. The land cracked and the springs dried up and the cattle listlessly nibbled dry twigs. Then the farmers and the ranchers would be filled with disgust for the Salinas Valley. The cows would grow thin and sometimes starve to death. People would have to haul water in barrels to their farms just for drinking. Some families would sell out for nearly nothing and move away. And it never failed that during the dry years the people forgot about the rich years, and during the wet years they lost all memory of the dry years. It was always that way.

On this edge of America, I worry our attentions are too vain to think in years. We think in months, weeks, hours. Smartphone updates with animated forecasts. Today it rained; this week was so rainy; I see the illustrated clouds and droplets on tight parade down my screen, so at least the drought is over. I want to think we need Steinbeck and his company more than ever. I want to know relief and reprieve are not the same.

When you jog in a cemetery in the rain, the Golden Gate Bridge stuck ahead, just a red stitch on the gray sky, and you see a military funeral up the hill and turkeys and deer ringed cautious below, waiting for their sepulchral dinner, there is much you think you can write about the West. But then I go home and take a shower that is too long and I have forgotten everything.