Home
»
Reading
»
Writer-In-Chief: As a Man of Letters, Obama Will Be Missed 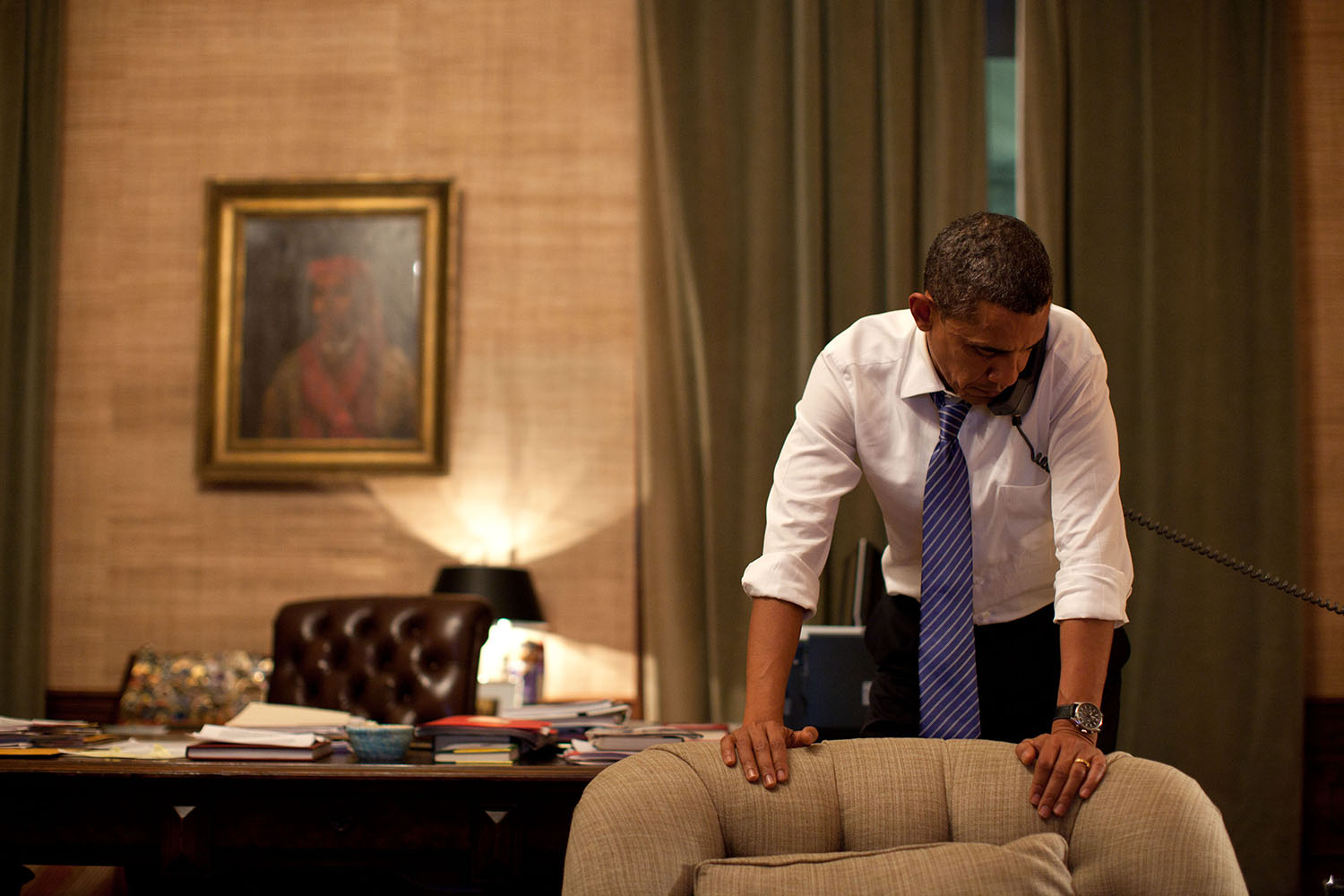 In the era of the 24-hour news cycle and ubiquitous WiFi, being a good writer would not seem to be much of an asset to a politician. A commanding TV presence and social media savvy are at least as important. It wasn’t always this way, of course. Until the arrival of the electronic age, the written word was the primary means by which Americans heard from their president, unless they had the rare opportunity to hear him speak in person. Whether they wanted to be or not, for a long time, presidents had to be writers of one stripe or another. That changed with a series of breakthroughs in communications technology.

The election of Barack Obama in 2008 was historic primarily because he broke the most impenetrable racial barrier of them all. But Obama’s victory was also heralded in the literary community as a return to the days of yore, when the occupant of the Oval Office was a man of letters.

Before Obama was a politician he was a writer. He first entered the public arena when he was named the first African-American to lead the Harvard Law Review. The subsequent notoriety led to the publication of his memoir Dreams of My Father in 1995. The book received mostly favorable reviews but its sales, according to the author, were “underwhelming.”

However, after Obama’s stirring speech at the Democratic National Convention in the summer of 2004, the book was republished and it rocketed to the top of bestseller lists. Much like John F. Kennedy’s Profiles in Courage forty years earlier, the success of Dreams of My Father prompted insinuations that a ghostwriter helped or possibly even supplanted Obama, accusations which have largely been dispelled.

At the center of the book is the cipher that was Obama’s Kenyan-born father. The reader enters the young Obama’s head as he comes to grips with this absence with the help of his mother, his Indonesian stepfather and, most significantly, his maternal grandparents. These relatives and a slew of friends and assorted characters, and their idiosyncrasies—would not be out of place in a novel. The ease with which Obama’s blends their histories with his own is the book’s strength. Dreams of My Father succeeds not merely because of the author’s willingness to paint himself in an unflattering light—he’s forthcoming about drug use and his more selfish tendencies—but by the manner in which he strings together sentences that communicate the complications of race.

For an improbably short span it seems that my father fell under the same spell as my mother and her parents; and for the first six years of my life, even as that spell was broken and the worlds that they thought they’d left behind reclaimed each of them, I occupied the place where their dreams had been.

If Obama’s commitment to the written word harkens back to Faulkner or on back to the Greeks, his biography is quintessentially of the present moment. He represents different things to different people and walks between many worlds. He is both American and African. His time as a community organizer in Chicago informed him of the depravity that comes with desperation, yet he is cosmopolitan enough to clink wine glasses with the well-heeled. American voters correctly intuited that our complicated times require a person who understands and appreciates nuance.

Which is not to say that Obama has been afforded the opportunity to use the written word to explore nuance in public policy or in the unfolding of breaking events. The demands of the presidency simply do not allow for the president to sit down and write a book (although in a pre-electronic presidency, Teddy Roosevelt managed to write four while in office). Instead, he must communicate and partner with speechwriters to convey his ideas. In the oratorical highlights of Obama’s presidency, the foundation laid in Dreams of My Father can be discovered.
In March 2008, with his nascent campaign facing fresh doubts in the wake of controversial comments by his former pastor Jeremiah Wright, Obama went to Philadelphia to talk about “A More Perfect Union.” The then-Senator skillfully rebuked Wright, while acknowledging the generations-long struggle of millions of African-Americans.

As president, Obama has delivered one soaring display after another of his rhetorical skills. He brilliantly outlined his healthcare plan in September 2009, undeterred by a South Carolina congressman who shouted at him mid-speech. In December 2011 at Osawatomie, Kansas, he previewed one of his main arguments for the coming election season: the fight to increase wages and reduce income inequality.

Obama has also excelled when speaking to the grieving. After Rep. Gabby Giffords (D-AZ) was wounded and several others were killed by a maniac with a gun, the president spoke at a memorial service:

Scripture tells us that there is evil in the world, and that terrible things happen for reasons that defy human understanding. In the words of Job,“When I looked for light, then came darkness.” Bad things happen, and we have to guard against simple explanations in the aftermath.

A similar tragedy brought Obama to Charleston, South Carolina last summer to eulogize state senator Clementa Pinckney and eight other African-Americans murdered by a racist while they prayed in church. As part of his remarks, Obama sang a few bars from “Amazing Grace.”

That some of Obama’s finest moments came in the wake of events fraught with emotion may have surprised some who consider Obama aloof, a common critique.

But we’ve seen tears escape down the president’s cheek revealing an empathy rarely seen among politicians. He broke down on election eve in 2008, when speaking about his Grandmother “Toot” who died just before she got to see her grandson elected president. He cried again in the days after his reelection in 2012 when speaking to his campaign staff. Perhaps most memorably, Obama wiped tears away in January of this year as he described his efforts to reduce gun violence.

It is this skillful blend of emotion and intelligence—again straddling between two disparate places—that has set Obama apart and will cause him to be missed.