Home
»
Uncategorized
»
Writers You Want to Punch in the Face(book)

This is the story of Todd Manly-Krauss, the world’s most irritating writer. He’s a good enough guy in real life (holds his liquor, fun at parties, writes a hell of a short story)—but give the guy a social media account, and the most mild-mannered of his writer friends will turn to blood lust.

Okay, so he’s not a real writer. Except that he is. At times I fear he’s me.

Because I do struggle for balance with social media. I’m supposed to use it to promote my work (it’s not just a Twitter account, it’s a platform, dammit), and if many of the highlights of my life are writing-related, I naturally want to share those. But then I think of how I might come off to someone who’s struggled for years to publish that first story. Or how I must seem when I’m the only writer (the only self-promoter, even) on someone’s feed. And I wonder if I’m someone’s own personal Todd Manly-Krauss.

And so we can forgive Todd Manly-Krauss. Really we can. Or at least, we know we can’t cast the first stone.

It’s not that you’re not happy for him. He deserves good things. He’s worked as hard as anyone else. It’s just that sometimes, you kind of wish he’d get a little bit smooshed by a bus.

But shouldn’t a writer have a better ear, a better sense of how he’s coming off? Part of the problem is that people actually respond to this stuff. Hundreds of “likes” for every post. Adoring former students. Aspiring writers. Spambots he’s accepted as friends because he assumes they’re fans. Why would Todd stop doing something he’s continually rewarded for? 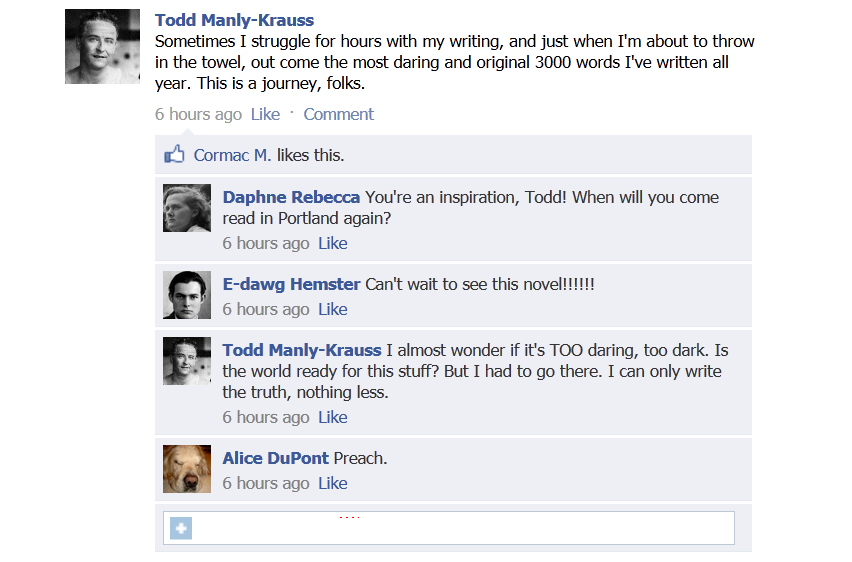 You could unfollow Todd Manly-Krauss, and perhaps you really should. It would be better for your mental health and your blood pressure. But somewhere along the way (and this is what kills you) his posts have convinced you that he’s a really important writer. That this is someone you want and need to be friends with, because he’s a powerful taste-maker, one of the great minds of our generation. You know it isn’t true—his work is good but not your favorite—and yet it’s like he’s brainwashed you. 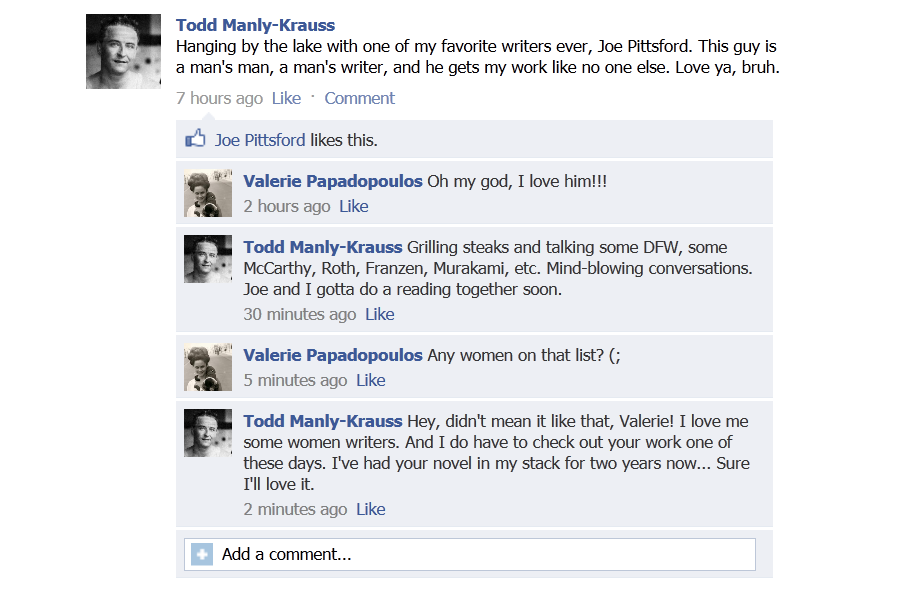 No, you know better: the guy’s an ass. You meet a few writer friends for coffee, and one of them—one of the same people who’s been “liking” every one of Todd’s posts—goes, “You know, Todd’s a good guy, but on Facebook…” and someone else goes, “Oh my god, I thought it was just me!” “Thank you!” you shout, far too excited. “He’s the worst!” 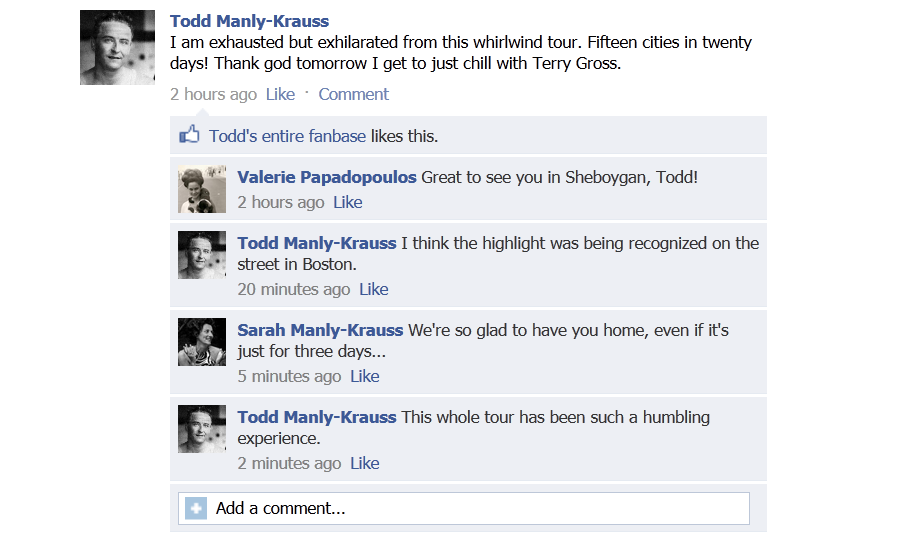 But you fear that somewhere far away, someone’s having that same conversation about you. And so you remind yourself to post more photos of your dog. Everyone likes dogs, right?