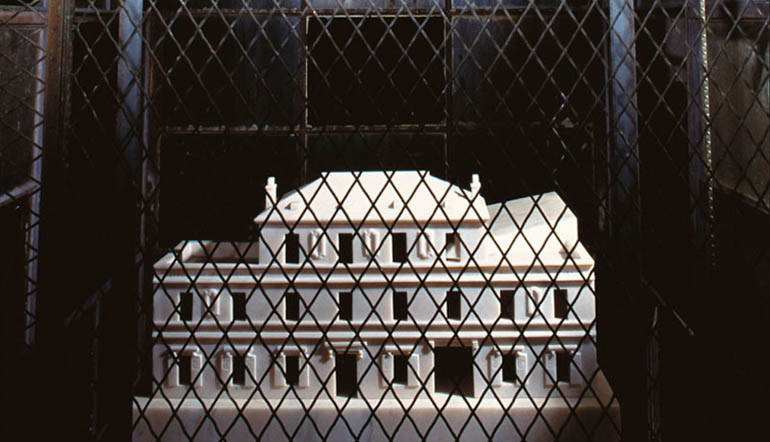 In Book of Mutter, Kate Zambreno writes, “It is something ineffable about my mother that I search for.” This search, conducted over the thirteen years since Zambreno’s mother’s death, manifests in a fusion of memoir, essay, and meditation, and suggests how writing might come to embody the lifelong process of mourning a parent.

Of her mother, Kate Zambreno writes, “I perform her on my body . . . When I began working on this book, two years after her death, I began experiencing bodily disturbances.” Quickly the reader suspects that, for Zambreno, mourning is produced by the same organ, the same muscle or limb, as writing, and these disturbances which signify “the body what the mind wants to forget” fuel and shape Zambreno’s prose.

Over the thirteen years since Zambreno’s mother’s death, it seems “to mourn” and “to write” have been living close to one another, have been laid atop one another, for a very long time. Their melded membranes are what we encounter inside the pages of this fragmented, aching book, which Zambreno has described as her attempt to “figure out not only why I wanted to write about my mother, but also why I couldn’t.” The book’s rhythm and form certainly bear out the impossible paradox we all fall prey to: the psychological impulse to let the lost one go and allow healing to commence is consistently tempered by the more base, primal need to keep them in some way alive.

In the cross-space between release and resuscitation, mourning her mother suffuses the act of reading, and Zambreno collects material made especially resonant by her loss: Barthes writing of his inability to write about his own mother, the artist Henry Darger whose life and aesthetic were so affected by maternal bereavement at a young age. These references take the form of inventory and index, fuel sections of diary, essay, and memoir, all the while being subjected to a “process of sedimentation” that sees them become increasingly material and strange. Zambreno learns, for instance, that Darger is buried in the same cemetery as her mother, and the fact “startles” her, “catalyzes something,” and she makes repeated visits to the cemetery until she finds his grave:

The symbols are too potent, as is the symmetry.

Of Darger himself, she writes:

We understand from such passages that this particular interplay between mourning and writing will not manifest as elegy, but as a more fraught issue of release from somewhere inside the body. It is this release—of locked emotion, of obscured memory, of physical tension—that the book and its prose are concerned with. The path toward this release is tenuous and thick with peril, a fact reiterated by a photograph of Louise Bourgeois’s Cells on the book’s cover and repeated reference to the work throughout its pages. A large installation piece in which a series of cells “give meaning and shape to different types of pain: the physical, the emotional and psychological, and the mental and intellectual,” Cells produces a framework of sorts for Zambreno’s negotiation of psychologically charged material, an effort to graft boundaries onto pain which can “begin at any point and turn in any direction.” Mourning and writing already share this common ground as open-ended processes of navigation that massage conflicting desires or impressions, that see certain fragments selected and emphasized. While mourning, slivers of memories are subsumed into other, stronger recollections, and writing is an ongoing compromise of several versions of the self, of possible utterances. In traversing this material, Zambreno allows a kind of co-existence between these versions:

Necessarily, she is not writing forward, but rather writing U-turns and lateral shifts:

She would hide cigarette butts all over the garage in plastic grocery bags. She’d sneak them, then anoint herself with cheap vanilla lotion, to hide the smoke fumes. The sweetness covering over everything

to psych herself up to leave
the house

(I cannot enter it. Yet when I’m inside, I cannot leave it.)

Zambreno writes of Cells’s installation at the Tate Modern, “The doors opened slightly, peering into the spaces you cannot enter,” and of her own flashing memories of her mother, “Don’t look back or you will be consumed.” Book of Mutter itself is not so much an item of catharsis, then, as the track worn in the endless struggle toward it. The text as it appears on the page is a temporary localizing of grief, the site where mourning occurs and unfurls.

Zambreno has spoken against the presumption that “literature has to transcend—life—has to be this transcendent, other-thing,” that it must be “composed” and void of excess. Book of Mutter’s success, indeed, is that it does not transcend life at all. Rather, it is a necessary vehicle and manifestation of the unprocessed, the indigestible.

In tracing the fissures incited by loss, this dense, fraught book is not only a hybrid, diaristic account of the long-term experience of mourning, it is also the attempt Zambreno’s body has made at recovery and healing:

Writing is how I attempt to repair myself, stitching back former selves, sentences.

It is the tentative, shining surface of an actual wound which still, on occasion, bursts open. Release is sought, but does not manifest. Hence the partial resolution Book of Mutter finally comes to—it would be an untruth, otherwise, as the loss of a beloved parent lives on forever. This might in part answer Zambreno’s initial premise of understanding why she “couldn’t” write about her mother: to complete the book is to have mourning complete its course, and equates a kind of closure it still seems premature to realize.

Let’s go back again, open your belly and take me back.