A few weeks ago I was fortunate enough to attend a lecture by Margaret Atwood, during which, in response to a question about introducing students to literature, she emphasized the importance of storytelling. Not story reading. Storytelling. Stories are, she reminded us, “scores for the voice.” All those little blank markings we call writing? They are intended to be read out loud.

She’s right, of course, and not just because she’s Margaret Atwood. Storytelling predates written language, to a time when it was used to pass on traditions, make sense of the world, and promote survival chances for the next generation. By telling the children a story about why they should avoid a certain dangerous area, say a big cave with a grumpy bear, the family was imparting wisdom to keep their children safe. They, like living Scherazades, told stories to live.

The oral tradition lives on in poetry, audio books, and even those websites that feature recordings of their writers reading their works. Probably the easiest place to find it is in bedrooms around the world in the form of bedtime stories. As Caitlin O’Neil wrote in her thoughtful post a few weeks ago, there is much to be learned in those tales for children, just as there is much to be learned from reading out loud. Even if your work never leaves the lips, there are a number of writing tricks for the aural that can enhance the page.

1. Play with Your Words

You probably have warm and fuzzy memories of being read Dr. Seuss as a kid. If not, you should sit your parents down and have a long, shaming talk with them. The Seussical library is a prime example of stories that beg to be read aloud—musical twisting bouts that crissity-crossity the line between prose and poetry.

While they are enhanced by the illustrations, Seuss books do not demand them. As I bound my way through the trochees and iambic tetrameter of Bartholomew and the Oobleck, my kids ewwing and squealing at the gloppy illustrations, I marveled more at his manipulation of the English language. Sometimes, like Shakespeare, whose work is also for performance, he takes a word relocates it from its traditional use to a new part of speech. Nouns become verbs and verbs become adjectives.

A student once described e.e. cummings’ “anyone lived in a pretty how town” as Dr. Seuss for adults. In this narrative poem with its deceptively simple moral, cummings uses simple words in remarkable ways:

with up so floating many bells down

The wonder of this line is that it feels like the words just need tweaking to be in a normal order. When they fall from our lips, the curious syntax is less important. It’s musical and whimsical, appealing to both visual and aural imagination. 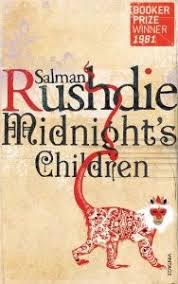 Poets frequent this playground of language manipulation much more than prose writers. But when people experiment with words in traditional narrative, if used appropriately, the impact can be fantastic. Think of the way Rushdie manipulates words in Midnight’s Children through his use of blending languages in phrases like “funtabulous falooda,” (which sounds like a Seuss musical instrument). Other times, he forces phrases together to create new, incantation-like words as with “ticktock,” “nearlynineyearsold,” or “whatdoyoumeanhowcanyousaythat.”

Certainly the words are all familiar, but the reader is almost forced to read them out loud if only to pick apart their meaning. Additionally, Rushdie’s choice to fuse them accomplishes a “chutinification” of language that also adds to his post-colonial novel’s theme of Imperialism, magical realism, and enmeshed identity.

My undergraduate degree in theatre is not, as I once thought, a complete waste of time and money. If nothing else, it has given me an arsenal of character voices for bedtime stories. Perhaps my greatest triumph was reading Bleak House, for my graduate class, to my fussy newborn—my Harold Skimpole sounded like Eddie Izzard’s James Mason impression.

Now that they’re older, I can’t get away with reading adult stuff to the kids, so my Izzard-Mason impression has been repurposed for the Grinch (due to my sadly lacking Karloff impression). In the adult world, those who have listened to the audio books of A Song of Ice and Fire must appreciate Roy Dotrice’s voices in tackling the vast network of personalities (with really similar names) Martin has created. Yes, character voices are crucial to literature out loud.

A professor of mine once said that if you carefully study Shakespeare, all his characters have their own unique way of speaking—that part of his legacy was his writing for the character not the rhetoric. Even if that isn’t entirely true (I’ll admit I’m lazy and haven’t scanned every single Shakespearean character for speech patterns), it bears thinking about.

Compare, for example, Othello’s “Put out the light” next to Macbeth’s “Is this a dagger?” Both feature characters making crucial choices to commit murder that will lead to their fall—Macbeth to let his ambition win, Othello to act irrevocably on his jealousy. Yet even without actor interpretation, the speeches reflect the personalities and intentions of their speakers through the manipulation of words within the blank verse (Macbeth tends to drop the ends of his words) and word selection (Othello talks of light, roses, and stars while Macbeth lingers on blood). On the page, Shakespeare gives them ‘voices.’

Should every character display their (and your) wit through colorful phrases, talking like a Tarantino or Whedon hipster, ripe with riffs and clever turn of phrase? Probably not, unless you are Tarantino or Whedon (or Elmore Leonard or Chuck Palahnuik). If that’s the case, carry on. But for the rest of us, even on the page, more subtly considering a character’s tone of voice, emphasis, word choice, and speech patterns gives another dynamic to that character, helping to bring him/her to life. Reading your characters’ words aloud can help you discern how those rhythms play. 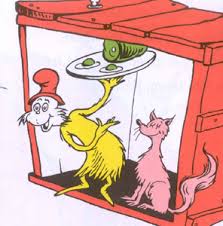 There was a night that followed a long day when I found myself reading Green Eggs and Ham to my then three-year-old daughter—who was part of the reason it had been a long day. All I wanted to do was get through the story so I could have thirty minutes to myself before passing out. After I left her room, my husband, who had been listening outside, said, “Are you moonlighting as an auctioneer? That was some fast Dr. Seuss.” He was right: in my single-minded desire to be on the couch watching the new episode of The Venture Brothers, I had essentially held a gun to the head of the reluctant foodie at the core of Green Eggs and Ham and yelled, “Get in the box and eat with the freaking fox!”

One of the errors writers make at readings is lack of attention to pace. Even in my classroom, I have to warn my students when they give presentations to watch their pace, because I find if they are not used to reading out loud or speaking to large groups, they tend to rip through the text like they’re defusing a bomb. The ear can only take in so many words at a time without losing something. Occasionally a student drags instead, in which case I become Judge Smails from Caddy Shack: “Well? We’re waiting!” But either way, the audience is lost, mentally making grocery lists or seeing how much of the choreography from “Thriller” they can remember (I’m guilty of both of these).

In print, pace can prove the difference between average writing and outstanding writing. When we read out loud, it takes time to find that perfect balance that avoids rushing, but doesn’t drag. On the page, writers face the same issue, although instead of making grocery lists, the reader may resort to skimming or, even worse, close the book. Some description can be wonderful for sparking the reader’s imagination. Too much? It becomes like a funeral dirge. At the other extreme, skipping all the description or throwing out one or two superficial details so the story can plunge ahead makes the work feel rushed.

The best advice I’ve ever received about pacing is that writing a story is like stringing beads: each piece should be developed but kept at a reasonable size and then strung next to another piece and another. Then the reader can enjoy the overall aesthetic and draw their own conclusions as to how it all works together. Sometimes these beads might be shifts in the narrative, sometimes they might be chapters. But as with reading out loud, the reader needs to take a breath and allow the beauty of the work to be exist without being rushed or forced.