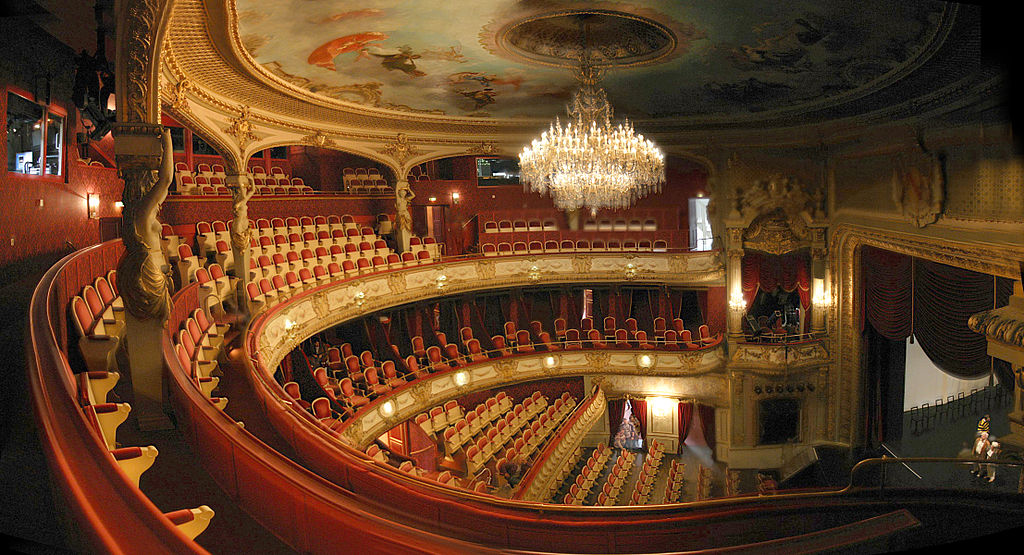 I first met Carol Gilligan in 1994. I’d read In a Different Voice in college, and had been intrigued by that book’s observation that women’s voices change the moral conversation…so when I met Carol I was prepared to see her through the lens of that groundbreaking work and all the political conversation it had generated. As I got to know her, though—first through a mutual acquaintance, then as part of a group rehearsing a play at her house, then eventually as a friend–I soon realized how limited that lens was. I saw the breadth and depth of experience she brought to her work, the love of art and music and literature that infused her observations. I saw, too, an even rarer quality: an uncanny ability to listen quietly and pick up the faintest undercurrents in people’s words.

It was exactly the sort of listening that makes for a good fiction writer. Perhaps because of that, I wasn’t surprised to learn that Carol was working on a novel.

I was surprised, though, when upon learning that I was teaching an introductory-level fiction workshop at Harvard Extension School, she asked if she could enroll.

I was relatively new to teaching back then… and here was an internationally known author, taking her seat along the big rectangular table in my classroom.

When, in the first meeting of that class, I asked participants to introduce themselves and say a few words about what had brought them to the workshop, Carol quietly introduced herself by her first name. She said something about wanting to work on her fiction, which her day job didn’t allow much time for. We finished going round the table—many students echoing Carol’s sentiments about not wanting their day jobs to keep them from writing fiction—and then we settled down to what would be three months of intense focus on the craft of writing. It wouldn’t be until halfway through the semester that one of the other students came to me and said: “The person I’ve been sitting next to… is that…?”

Carol published her first novel, Kyra, with Random House in 2008, and has been writing for the stage as well. Here I ask her some questions about her move into fiction writing and playwriting, and how this relates to her earlier work.

RK: When did you first realize you wanted to write fiction?

CG: I didn’t think of myself as a fiction writer, although it’s obvious to me now that I brought a fiction-writer’s ear to my nonfiction writing. My work, after all, focused on listening to how people really speak. But writing fiction—that took me by surprise. I was in analysis at the time, and I found myself writing short impressionistic pieces about a person or place that caught my eye. Then I wrote the opening scene for a novel. That led me to sign up for a week-long summer workshop taught by Anne Haley, the poet, and she encouraged me, which led me to realize that this was something I might be able to do. That was a revelation and it was only then that I realized how deeply I wanted to write fiction.

RK: Can you say why you were so drawn to fiction?

CG: As I’ve come to think about it, fiction follows an associative logic that hews more closely to the way our psyches work—the logic of dreams, poetry, memory. In doing so, it eludes the cultural radar. It enters a world, creates a world for the reader to enter rather than talking about it. It cuts closer to the bone. I found it a relief to drop the voice of authority, to set things in motion and then see how the characters work them out.

RK: What was it like to make the transition from academic nonfiction to fiction?  What was the biggest lesson you had to learn?

CG: With academic nonfiction, there’s a form you are supposed to follow. That was never how I wanted to write, as my title, “In a Different Voice”, implies. I was always more gripped by the particularity of voice and setting than by statistics or generalities.

I majored in English at Swarthmore, I’ve always taught novels in my psychology classes. In that sense, it was an easy transition from writing about actual people to writing about characters. Still, I had a lot to learn about the craft of writing fiction, and that’s when I signed for your classes at Harvard Extension. I loved the exercises you set and learned how to think about writing dialogue and creating scenes. What you needed to put in, what you could leave out. The biggest lesson? To trust a process that remains mysterious. Like when characters show up, seemingly of their own volition. As the character Roya in my novel did one day, with her name and her silver bracelets…or Sid, Kyra’s architect friend from New York. I hadn’t planned on these characters, yet I knew them instantly. It’s a high, and the challenge remains getting myself to the place where this can happen.

RK: How did your academic colleagues react to the fact that you’d begun writing fiction?

CG: To my friends, it made sense. With others, it reinforced their conviction that what I had been writing all along was not science but “poetry”–which meant, in their world-view, something they didn’t have to take seriously.

RK: Given the impact of your nonfiction work, I imagine some people come to your fiction expecting it to carry the watermark of your nonfiction….perhaps they expect your stories to be constructed on ideological blueprints.  What would you say to those readers?

CG: Groan. When I published Kyra, a feminist friend expressed her dismay that I would write a novel about a woman who cut herself—or as she put it, tried to commit suicide. Which was not what Kyra was attempting. I thought the novel made that clear, that Kyra had to get under a surface that was confusing and ultimately misleading, at odds with what within herself she knew. I wasn’t writing a template for a good feminist…I was writing about an individual, complex character. What would I say to someone who was imposing an ideological straight-jacket–as if there is a right way for a feminist to write fiction? I guess I would say that if I wanted to broadcast feminist ideology, I would get a soap box rather than writing stories or novels. Even in my nonfiction, I’m not on a soapbox. I’m listening, and reporting what I hear.

RK: You and your son, Jonathan, have adapted Hawthorne’s The Scarlet Letter for the stage, and are currently writing it as a libretto.  What do you have to say about the process of moving from page to stage, from drama to opera?

CG: When you have actors to embody a character, or music to carry the emotional line, there is much less you have to spell out or say in words. It was a challenge to trust that. I loved the collaborative nature of working with directors and actors—I had the great good fortune to work with Marisa Tomei and David Strathairn, and lines David improvised in a workshop went straight into the script. The greatest artistic challenge I faced was imagining the story of The Scarlet Letter from the point of view of Pearl, the daughter, now herself an adult. I wrote it as a memory play and just last week when Jonathan and I were working on the libretto, I reread “Glass Menagerie” to see how Williams managed to do it so brilliantly.

RK: What’s it been like to collaborate with your son?

CG: Collaborating with Jonathan is surprisingly easy, but then we know each other so well and as I realized at one point in the process, we’d always worked together. As a child, he had a grasp of the physical world that eluded me. With him, I could do things I wanted to do but otherwise might not have attempted, like making pasta from scratch with one of those roller machines, or using a rototiller to prepare a garden. In a talk-back following a recent production of Scarlet Letter, he said something and I disagreed and for a moment, I thought, oh god, I’m not being a good mother. But that’s what we do, disagree, go back and forth, spark one another, work very fast. And Jonathan has the ear of a poet, which has been especially valuable with the libretto.

RK: Are there writers who have particularly influenced you?

CG: It’s hard to know where to begin. Woolf and Joyce in thinking about form as musical rather than linear. More recently, Michael Ondaatje. I read and reread The English Patient to see how he moves so seamlessly from third to first person. And then I was inspired by Toni Morrison, especially The Bluest Eye and Beloved, and by Jane Smiley’s A Thousand Acres. I love the first person voice in Anne Enright’s The Gathering, the poetry of Jorie Graham, especially in Erosion. And in a somewhat different vein, I found myself last summer rereading Allan Furst to see how he captures so palpably the atmosphere of Europe in the days leading up to the second world war, especially his novel The Foreign Correspondent, since I’m currently writing about a journalist.

RK: What are you working on now?

CG: A novel about risk…which feels like an incredible risk. A painter friend once said that each new work is like walking off a cliff, but this time the drop feels precipitous. It took me longer than I had anticipated to pull myself out of the world of Kyra, but now gradually a different world is taking shape. I like to write about worlds I don’t live in but am drawn to. The central character of the new novel is a dancer. But the novel itself feels more dangerous because I’m writing about a marriage and a family. I think of your character Tracy’s line in Tolstoy Lied: a Love Story–someone could tell the truth about marriage but then they would have to be shot.