In our Writing Lessons series, writers and writing students will discuss lessons learned, epiphanies about craft, and the challenges of studying writing. This week, we hear from Amy Mackin, a candidate in the Communications program at Curry College. —Andrew Ladd, Blog Editor 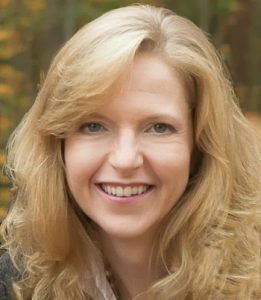 In my late thirties, I decided I wanted to write for publication. (I had always written, just not for public consumption.) To begin this endeavor, I started writing a young adult novel—a coming-of-age story featuring a fourteen-year-old protagonist. The process quickly consumed me and forced me to examine my own upbringing and teen years in a way I had never done before, leading to the realization that some of those experiences had negatively impacted me for years after.

For a pull-myself-up-by-my-bootstraps native New Englander, this wasn’t easy to admit. I was of the camp that says, “Toughen up. We’ve all been through it. We all survived.” Only the truth was, we all didn’t. There were kids who retreated into drugs and alcohol to dull the pain, and never reemerged. Some resorted to violence to place themselves at the top of the social hierarchy. Others, labeled too sensitive, too thin-skinned, took their own lives.

My son falls into that sensitive, thin-skinned category. I had been working on my teen novel for a couple of years when he began to get off the school bus without a word, storm to his room, and slam the door behind him. When I asked what was wrong, he shouted, “I hate my life!”

One day I responded with that same old New England wisdom: “Oh, you just had a bad day. Tomorrow will be better.”

“No it won’t,” he said flatly. His shoulders curled inward, his head hung down; his whole body began closing in on itself, as if he were willing himself back to the state at which he entered this world only ten years before. Then he began to sob—painful, heart-wrenching cries that arose from a place of profound anguish—a place I had only recently become reacquainted with.

My writing forced a self-analysis that hammered a wedge between how I thought things were supposed to be and the actual truth, and contributed to a decision I may never have otherwise made without those years of difficult exploration. Amongst baffled looks and blatant criticism from educators, friends, and family alike, I withdrew my son from school. Just like when I began writing, I didn’t know where this path would lead, but I did know continuing to do the same old thing would never bring about any positive change.

When I set out to write, I did so with little support, encouragement, or community, but with a promise to myself to learn all I could and achieve my absolute best, regardless of resistance or rejection. I made that same promise when I first became a mother.

Successful parenting and serious writing are sometimes discussed as mutually exclusive, but the lessons they offer are remarkably similar—perseverance, perspective, creative problem-solving and, most importantly, courage to ignore the status quo when it isn’t working for you.