In our Writing Lessons series, writing students—and this month, writing instructors!—will discuss lessons learned, epiphanies about craft, and the challenges of studying and teaching writing. This week, we hear from Brendan Mathews, a writing and literature instructor at Bard College at Simon’s Rock. You can follow him on Twitter @Mathews_With1T. —Andrew Ladd, Blog Editor 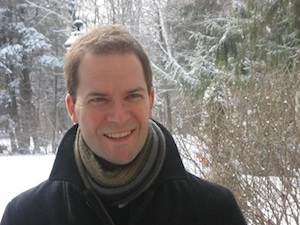 One observation I try to impart to my undergraduate writing students is this: you have never read a first draft. Not in any book or magazine. Not in the books assigned for your literature courses. Not in any of the novels or stories you loved growing up. Nothing published between two covers was a first draft. All of it has been revised, reworked, rethought, reimagined, re-everything’ed since those first words were scribbled in a notebook, scratched on parchment, banged out on a typewriter, or trilled on a laptop keyboard.

I tell them this as a way to overcome their sometimes wildly self-critical/self-satisfied outlook on their own writing. They often think they have to “get it right” on the first try—that once the muse speaks to them, the words will flow, perfect and exact. If that doesn’t happen, the story is a bust. If it does, then it’s eternal literary glory.

This belief in the Perfect First Draft has at least two major drawbacks:

I have seen students paralyzed by the thought of revision. They contemplate their story like it’s a shaky tower that will collapse, Jenga-like, if one piece is removed. But what if you start pulling pieces and it stands, more breathtaking for its gravity-defying audacity? And what if it does collapse? What else—what better, truer, more interesting structure—can you build with these pieces?

These are the questions faced by every writer in the anthologies, novels, collections, and magazines we read in workshop. The first draft is the necessary statement. But revising it into something great allows you to keep asking the questions that motivate any writer: what if? And what then? And then what? And what else?