In our Writing Lessons series, writing students will discuss lessons learned, epiphanies about craft, and the challenges of studying writing. This week, we hear from Madeline Corey Felix, a student in the MFA program at Columbia University. You can follow Madeline on Twitter @maddsfelix. —Andrew Ladd, Blog Editor 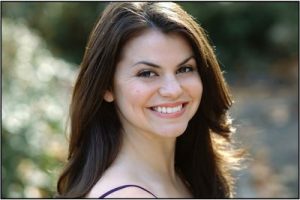 I’m sure I’m not the first writing student to have spit on a piece of feedback from workshop. And I don’t mean “spit” in a metaphorical sense—oh no. I quite literally made like my tobacco-chewing father and let saliva fly at one of my classmate’s carefully scrawled critiques.

The submission dragged, she had written, but surely I knew that. My characters were caricatures; I needed to be mindful that I not “exoticize the other.” Throughout, the piece I was “telling” rather than “showing,” and when I did use scene, it was weighed down in erroneous detail. I needed to “unpack that,” and “find the pay-off” and “hone the P.O.V.”

Pages and pages of my submission were slashed in black ink, and the sections that had been spared the guillotine were bordered with repeated question marks. Adding insult to injury, she had begun her scathing comments with a pet-name and a cartoon doodle. How dare she try to temper her criticism with cuteness!

As I read, something primal swelled inside of me. If it hadn’t been a fire hazard, I would have lit that manuscript on fire. Instead, I simply hocked a loogie. The wad of spit hit the page with a satisfying splat, smearing my critic-classmate’s ink. For a moment, I felt better.

Despite my overarching rage, I did not throw out the marked-up, spat-upon manuscript (though admittedly I may have hurled it across my bedroom). At the time I wouldn’t acknowledge—and perhaps didn’t consciously believe—that anything this critic-classmate had written was valid. However, somewhere beyond my ego, I must have known that the feedback wouldn’t have bothered me had it been completely wrong. So I spit on the pages a second time, then buried them in my growing paper mountain of workshop submissions and critiques.

That was over a year ago. I have since finished my MFA coursework and am now beginning the nitty-gritty of thesis revision. Last week, while combing through old manuscripts, I found this old critique again, the spit long dried but a few words still smudged. I reread the comments. Some still made me cringe, but with distance I could see that my critic-classmate had not been all wrong. She had identified issues both specific to the piece and in my overall writing that I know I must tackle if I’m to become the writer I want to be—which is also a writer who can stomach criticism. I placed the critique beside my computer and got down to work, page by page.

The lesson for me is not to never again spit on someone’s critique of my work. (I am certain I shall spit again!) Nor is the lesson that every critique is worth careful consideration; one simply cannot listen to all the voices in the room. But, in the future, if someone’s feedback makes me want to spit, I know it is probably worth holding onto.