In our Writing Lessons series, writing students will discuss lessons learned, epiphanies about craft, and the challenges of studying writing. This week, we hear from Sahar Mustafah, a second-year MFA candidate and Follett Graduate Scholar in Fiction Writing at Columbia College Chicago. —Andrew Ladd, Blog Editor 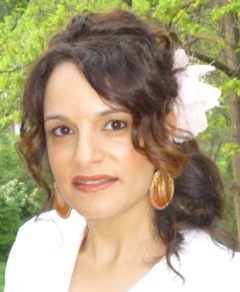 What my MFA experience very quickly revealed is that the great is what matters. I could drop cultural idioms or clan colloquialisms in stories until my classmates could proficiently tell someone off in Arabic, but none of that mattered when my writing wasn’t good.

It’s a simple, universal, color-blind truth: the writing has to be great to be relevant.

Being a hyphenated writer does not dismiss me from being a good writer. I learned this during the first recall session in my story workshop, when I noticed other students could not readily retrieve images from my stories—while moments from other classmates’ pieces were effortlessly summoned. This happened week after week.

My chafed pride rationalized that the characters and setting of my stories were unfamiliar to my peers and all the ethnic and political layers were too thick for them. They simply weren’t getting it.

Maybe I had signed up for the wrong program, I thought; I was doomed to be unappreciated because I wasn’t writing like everyone else.

Then I considered what I had been retrieving from my classmates’ stories. When it was my turn in the semi-circle, our prodding instructor would coax me to tell as much as my eyes saw, not what I remembered of a story—“those were just technical details.”

Like an old-fashioned film reel clicking along a spool, I saw a blotchy face whose cheeks were sunken with meth in one piece.  There were young and nervous fingers clumsily unhooking a baby blue padded bra in another story. And then I saw a house with chipped green shutters, standing lonely in a buzzing Chicago neighborhood.

And those images that had stayed with me gradually began to weave larger meanings: Addiction can recklessly strip a mother’s entire world. When we’re younger, we think we sex crystalizes love. And, sometimes, it’s too hard to go back home after a war—even when there’s no place else to go.

I finally figured it out.

It isn’t enough that my work reflects the underrepresented if it doesn’t speak to most audiences. If I’m the voice of a commonly vilified and misunderstood population, my writing has to be that much more poignant and deftly heard. It has to make your stomach ache. The excuse can’t be that the subject matter is restrictive, or it isn’t relatable, or readers are too lazy.

As long as I could show it first, I could tell my classmates something important, too, about my characters and their unfamiliar lives. Something that would become familiar as soon as my readers could see, hear, taste, touch and smell what was there on my typed pages.

And as I approach my final thesis hours, I am determined to say it’s great.