In our Writing Lessons series, writing students—and this month, writing instructors!—will discuss lessons learned, epiphanies about craft, and the challenges of studying and teaching writing. This week, we hear from Sara Nović, a teaching fellow at Columbia University. You can follow her on Twitter @novicsara. —Andrew Ladd, Blog Editor 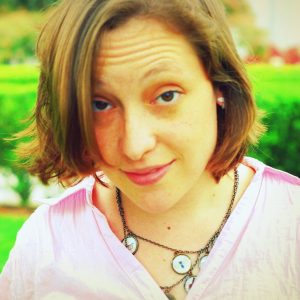 There comes a time in all writing courses when a professor must call in the big guns, and raze a path on which our students can travel toward their writerly epiphanies. This summer, the time came when my students handed in drafts of their dramatic scenework, an assemblage of well-meaning but painfully direct dialogues:

“I am sad because I am afraid that my boyfriend doesn’t love me anymore.” And so forth.

The culprit? Overwriting. Aliases: over-explaining; overthinking; overcrowding. Known to kill even the most promising story ideas in cold blood. To combat it, I brought in the biggest guns I knew—Joe Pesci and Marisa Tomei, at their finest in My Cousin Vinny.

In the scene I played for my students, Vinny and longtime girlfriend Lisa dispute a leaky faucet: “If you turned it off then why am I still listening to it?” Vinny says. To which Lisa responds, “…I routinely twist maximum allowable torquage.” The argument serves as a weird foreplay for the couple, though neither says anything explicitly sexual.

Afterwards, I ask my students what the clip is about. They stare at me for a moment, then someone mumbles something about a sink.

“They’re flirting!” a few of them say, triumphant. And then it clicks. People don’t always articulate exactly what they mean in perfect sentences, and in order to capture the drama they’re after, my students’ characters need to explain less and say more.

It’s a practice I internalized not so long ago myself. I was working on a novel about the civil war in Yugoslavia, in which one of my characters ends up giving a speech at the United Nations. My thesis advisor, who had been happy with the previous chapters, came to this section, sighed, and said something to the effect of, “Sara, we get it. You don’t need to describe every single room in the UN Headquarters. It’s a bit…tedious.”

While studying in the MFA program, I had developed a nervous habit of over-explaining things in anticipation of my workshop-mates’ lines of questioning on the believability of this or the “organicness” of that. But I had forgotten my own lesson—that real people don’t need to speak in perfectly crafted sentences to get their point across, and realism doesn’t just mean amassing details. Steering the reader away from potentially distracting questions is an important skill, but we needn’t do it at the expense of a little room for the imagination.

Leaving space for the reader to think is part of what makes fiction so great. As writers, we have to let go of the insecurities that make us overwrite, lest we miss out on all the sensuality contained in the drip of a leaky faucet.