Home
»
Critical Essays
»
Writing Return: Birthplace and the Perils and Pleasures of Nostalgia 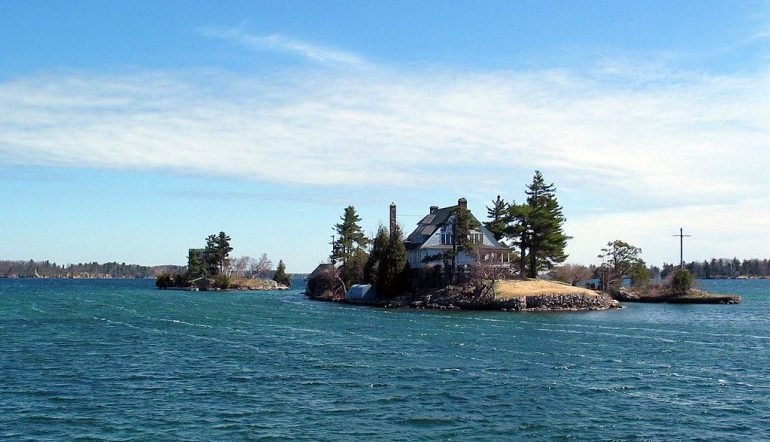 I’ve often resisted writing about the place I was born. To write about birthplace is to open one’s writing up to a number of potential pitfalls. We feel strongly about the places we come from, and often for uninteresting, arbitrary, or vaguely narcissistic reasons. One danger is that the writing will be rife with nostalgia and sentimentality. On the other hand, it could easily veer into anger or callousness. There’s the dual burden of truthfully (though not necessarily realistically) representing a place and making it interesting to someone other than oneself. Writing about birthplace is messy, contradictory, and often full of questions that tunnel into more complex questions. D.H. Lawrence’s poem “Nostalgia” and Saul Bellow’s story “By the St. Lawrence” offer two very different takes on revisiting birthplaces, and interrogate the pleasures and problems of nostalgia.

In Lawrence’s “Nostalgia,” the speaker returns by night to the house in which he was born. The poem, which otherwise might seem overly abstract or sentimental, is full of lines that can be read both literally and metaphorically: “This place is palpable me, for here I was born / Of this self-same darkness.” It is the palpability of the literal place—“the cart shed” “the mowie”—rather than the meditations on the impossibility of return (e.g., “Is it irrevocable?”) that gives the poem a visceral sadness. The poem is most striking in the moments when, in the darkness, the speaker observes the house in silence: “My father suddenly died in the harvesting corn, / And the place is no longer ours. Watching, I hear / No sound from the strangers.” Implied is the wish that perhaps nothing has changed, after all. Perhaps the absence of “strangers” in the house means it still belongs to the speaker, despite the time that’s passed. The possibility of return feels painfully real in this moment, even as the speaker—and the reader—realize that return is impossible.

One unspoken question in “Nostalgia” is why the speaker bothers to return at all, if he knows he’ll never be able to “pass impregnate into the place” that was once his home. Bellow, by contrast, asks this question—why return?—on the page. “By the St. Lawrence” offers a more nuanced and self-refusing portrait of return than “Nostalgia.” The story begins with an aging, cynical, “slightly crippled” historian, Rob Rexler, returning to Lachine, Quebec, where he was born. “Nostalgia” is rife with questions—“Can I really not go / Through the open yard-way? Can I not pass the sheds / And through to the mowie?”—and these questions highlight the speaker’s distress. Bellow’s Rexler also self-questions, but the questions attempt to tone down, rather than stoke, nostalgia:

Why then did he take this trying trip? Was it sentimentality, was it nostalgia? Did he want to recall how his mother, mute with love, had bundled him in woolens and set him down in the snow with a small shovel? No, Rexler wasn’t at all like that. He was a tough-minded man.

Within Rexler’s assertion of his own tough-mindedness is evidence of a strong love tied to place. The story oscillates between deeply observational memories of dead family members, and meditations on the inherent cruelty of the world, and the impossibility of innocence.

The story from childhood Rexler most vividly recalls is an afternoon driving with his adult cousin. The cousin takes Rexler to a house where women go in and out (later Rexler assumes it’s a “whorehouse,” though it’s never confirmed), and the young Rexler waits in the car while his cousin goes inside for a long time. As they drive home, traffic is stopped near the train tracks, where “a man had been killed by a fast train.” Young Rexler becomes fixated with the “organs on the roadbed […] Rexler couldn’t get over the twin lungs.” These images are meticulously observed, and told with unadorned language. As Rexler remembers vignettes from his childhood, observation becomes charged. It takes on a terrifying quality—Rexler is unable to forget the lungs, “those spongy soft swelled ovals patched pink and red”—but observation also is at the heart of the story’s most intimate moments:

When he visited Lachine he would sometimes stroke Albert’s head, and not even when

Albert fiercely threw off his hand did he stop loving him. The hair grew in close rows,

These observations, Rexler was to learn, were his whole life—his being—and love was what produced them. For each physical trait there was a corresponding feeling.

Perhaps this is one answer to Rexler’s question at the story’s opening: he’s returned to this arbitrary physical space in an attempt to summon the “corresponding feeling[s]” that the physical place produces. At the story’s center, too, is Rexler’s disability, which came about as the result of polio. The story raises a number of questions about innocence and vulnerability, both psychic and physical, and is concerned with what it means to grow older and become hardened. In the end, the reader finds out that this is in part why Rexler has been summoned back—Albert, his cousin, is dying. Rexler muses that Albert’s summoned him because he “remembered how things once were. The uncritical affectionate child. He hoped I might bring back something. But all he got from me was a cripple at his bedside.”

This is the mystery of both “Nostalgia” and “By the St. Lawrence”—what’s recalled isn’t what’s expected, what’s remembered isn’t necessarily what the travelers hope to remember. Perhaps this is one of the pleasures of returning to a birthplace—what we expect to feel scripted almost never is.