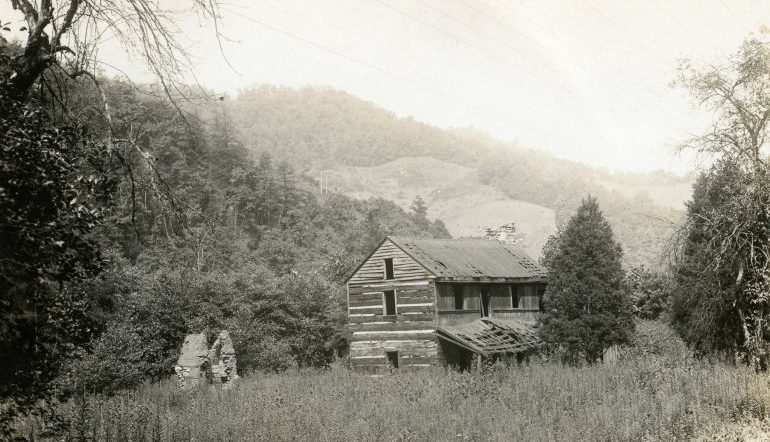 The present state of the South is one wherein nothing can be taken for granted, one in which our identity is obscured and in doubt. In the past, the things that have seemed to many to make us ourselves have been very obvious things, but now no amount of nostalgia can make us believe they will characterize us much longer. – Flannery O’Connor, The Regional Writer, 1963
There’s a lyric that always catches my attention in Prince’s song “Raspberry Beret,” off his 1985 album Around the World in a Day. Essentially, Prince whisks a beret-clad customer away from the five-and-dime where he’s working and takes her to a farm to…well…do the things Prince does when he’s alone with a woman.

This lyrical narrative is so small town 1985, something my babysitters could have gotten away with. And I hope they did. But it’s difficult to imagine such a viable scenario in 2010 pop music or “real life”–the five-and-dime, the farm within quick driving distance (one large enough to get away with whatever indiscretion Prince has in mind.) When writing regional fiction, writers should ask themselves: what businesses and landscapes are viable in the setting? Perhaps Prince’s farm rendezvous is conceivable in a rural part of North Carolina’s Nash County–but certainly not in Raleigh.

1983 and the Prophet Flannery

In 1963, in her essay “The Regional Writer,” Miss O’Connor posed the idea of Southern literature becoming impossible to write in twenty years. That takes us to 1983. I was four years old. Reagan was president. Sally Ride made her maiden ride on the spaceship Challenger. Michael Jackson released his video for “Thriller.”  Return of the Jedi and Flashdance were major movies–ones I was not allowed to watch. Michael Jordan ruled the UNC basketball team. North Carolina’s state senator, Jesse Helms, who opposed the Civil Rights Act, school integration, gay rights, feminism, AIDS funding, and likened abortion to the Holocaust and gays to “morally sick wretches,” had been a state senator for ten years and would continue to be elected by North Carolina’s citizens for ten more. My best friend’s father raised chickens and we drove out to the coops with him on weekends. I started taking dance class at a studio behind a gas station, across from a tobacco field. I had never been north of Virginia.
I believe Flannery, or the “prophets” she refers to in her essay, was on to something with the twenty year mark. While the South was still regionally distinctive in 1983, in Rocky Mount, where I lived, the accoutrements of globalization were cropping up in the form of McDonald’s, KFC, and Taco Bell. High density neighborhoods and condos began showing up in both the urban and suburban South. Peacocks screamed behind my back fence, belonging to some toothless woman my dad theorized ate nothing but mashed corn. Hogs stuck their nose through my best friend Kelly’s fence posts while we swung on her homemade swing set. Old Nash county farms cozying up to new developments were representative of the juxtaposition of Old South and New.
From a literary perspective, I think there’s no better text than Padgett Powell’s Edisto to illustrate this transitional point in the Southern self and landscape. With Edisto, published in 1984, Powell put his finger on the fundamental change in landscape and culture that was well underway in the early eighties–condominia, he called it:

The oaks…look like perfect trees in cement zoo cages…Condominia are all over, roads deliberately curve everywhere when they could go straight, the tinkling postcard marina, lobbies, lounges, links, limousines…

According to Powell, he began writing Edisto in the seventies. The Southern landscape, like any, is a thing of degeneracy (I’ll never see “progress” in concrete), and the Southern landscape Powell eulogizes is one I never experienced. I’m instead nostalgic for the replacement of Powell’s landscape–the small town marinas, snack bars, and less wild spaces of the seventies and eighties–which have since been displaced by higher density neighborhoods and strip malls of the nineties and early twenty-first century. And so it goes, until there are only slivers of Southern Americana left.
What’s a Southern writer to do when the South starts looking a lot like…everywhere else? (I moved to Vermont.) Given the progressively generic Southern landscape, writers gunning for authenticity have a difficult task at hand when attempting to make Southern regional identity and landscape a pronounced aspect of a story.
* * *
O’Connor maintains in the The Regional Writer that, “Southern identity is not really connected with mocking birds and beaten biscuits and white columns any more that it is with hookworm and bare feet and muddy clay roads.” Good thing, because authors would be hard pressed to find fresh biscuits (even Mom and Pop joints have largely gone frozen) and muddy clay roads in much of the South in 2010. Most wood-sided houses with the glow of a Thomas Kincaid painting, generous front porches, hummingbird feeders and a pitcher of lemonade on the wrought-iron table are museums or in expensive neighborhoods. Many of the old farmhouses are derelict, or overrun with kudzu or vinyl siding. Modular housing is a much more affordable solution for many of the South’s middle class inhabitants.
I’ve read submissions for various journals and attended my share of workshops, and I often see “Southern” stories packed with gun-toting halfwits on front porches and old ladies gabbing at biscuit joints. And I’ve written those stories, too. But the point I want to make is this: many of these gun-toting, g-droppin’ people drive five miles on the weekend to eat at Chili’s, pick up prescriptions at CVS, and live in high density Centex neighborhoods…not on farms.
I’ll use North Carolina, the state I know best, as an example to illustrate this change. Between 2002 and 2006, North Carolina added a million residents and lost 600,000 acres of farmland to development; tobacco farms decreased by seventy percent, cotton farms by forty. With the average age of a North Carolina farmer at 57, the lights are dimming on the state’s agricultural heritage–resulting in a fundamentally changed landscape.
And yes. There are still small Southern towns to set stories in–like Beaufort or Little Washington, North Carolina–but look, most of them are in trouble. It’s not all about unlocked doors and fresh biscuits. Many small towns, like Rocky Mount, North Carolina, where I grew up, have high unemployment rates (9.3%, compared to a national average of 5.8%). In 2008, Asheboro, North Carolina was ranked by Forbes as the fourth fastest-dying town in America. People are moving out and not in, tax bases are perilously reduced, and the recent economic downturn has hit hard. Between 1970 and 2000, 132 of North Carolina’s municipalities with less than 10,000 people lost population. Often these small towns are comprised largely of older citizens and have high poverty rates, leaving little revenue to cover basic government operations. I’m not saying you can’t find the sweet vestiges of the Old South, but you have to look harder than you used to.
Writers eager to set stories in the South face two challenges. First, the agricultural landscape, in many places, has been significantly altered by the building boom, even in small towns. Mega-pharmacies, Wal-Marts, Starbucks, Olive Gardens, Centex neighborhoods, and Home Depots line the highways in even bedroom communities. Second, there is an increasingly pronounced difference in small Southern towns and (pseudo?) metropolitan areas such as Raleigh, Atlanta, and Charlotte. In fiction, these landscapes should exert different pressures on characters. There is no one-size-fits-all South, and writers should know–explicitly–in what sort of Southern place their story lives.
One option for writers, especially those who do not know of what they speak, is to give up ambitions for dogged regionalism and opt for Southern subtleties instead. In her introduction for this year’s New Stories from the South, Amy Hempel chose a few stories that didn’t explicitly occur in the south, but struck her as “distinctly Southern in character, stance, or voice.” Whatever makes a story Southern, just make it real–narrative doesn’t have to unfold on a tobacco farm, Civil War battlefield, deer stand, or the front porch of an ancestral Antebellum home to feel authentic.
This is Megan’s sixth post for Get Behind the Plough.
Images: 1, 2, and 3