Home
»
Interviews
»
Writing Through Silence: An Interview with Faizal Deen 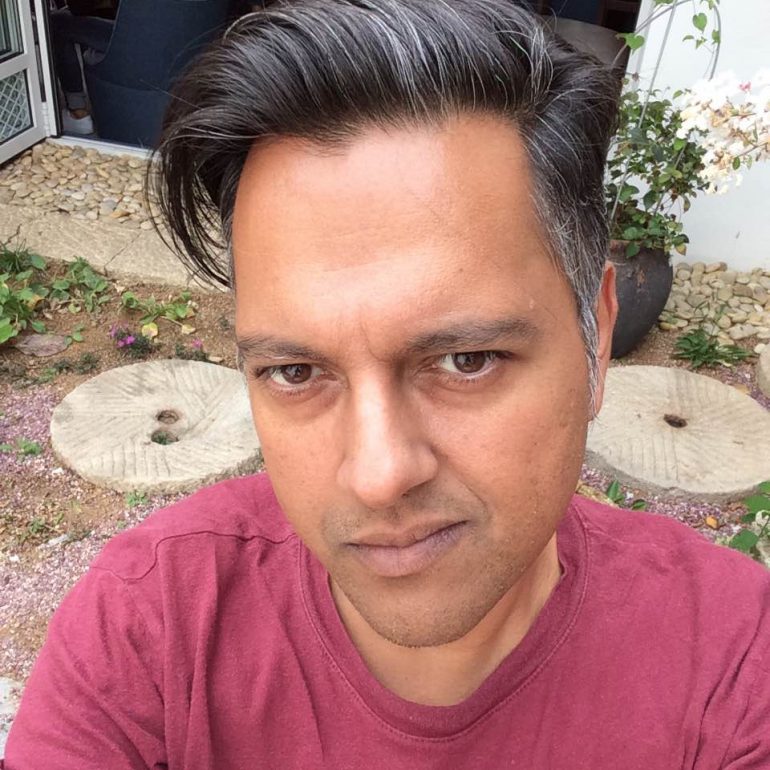 Faizal Deen seeks to address the ways in which the cultural production of Caribbean populations in Canada—in particular, the work of poets—encourages us to rethink existing notions of diasporic identity. Beginning in 2000 with the publication of Land Without Chocolate, a Memoir, Guyana’s first LGBTQI poetry collection, and continuing with his most recent collection, The Greatest Films, published by Mawenzi House, Deen addresses Caribbean queer Islamic identities in the post-9/11 era. A new chapbook, Open Island, has just appeared with above/ground press, just in time for his appearance at Ottawa’s seventh annual VERSeFest Poetry Festival. He lives in Ottawa with Sabrina, a cocker spaniel.

Rob Mclennan: Your second poetry collection appears well over a dozen years after the appearance of your first; were you slowly working throughout that whole period, or was there a gap?

Faizal Deen: I stopped writing. I had nothing to say and not being someone who can just sit down and write, I decided to leave Canada and teach English in South Korea. I could do that because I had no ties. No responsibilities. I was fortunate in this regard. I thought I’d teach English and make some money and do some traveling and see if there was anything else left for me to write.

The first book was all that I needed to say about what has now become a very active field—queer Caribbean lit. In 2000, Land Without Chocolate, a Memoir was the first LGBTQ poetry collection from Guyana—I am Guyanese-born and my diasporization occurred between Guyana and Canada for at least a decade before my grandfather died. I stopped summer long stays in Guyana after 1988. In my head, I was always trying to find some way to represent creatively the effect of departure, of adoption, of living with people who never were able to live in the present. My first book was for queerness and for these people, to ask these people to allow me—my queerness—to be part of the story. To not rule me out.

After all that it took for me to write Land Without Chocolate, a Memoir, I needed to find a way to extend my emotional and intellectual investments into new poetry. Sadly, 9/11 was that for me. Living through 9/11 from outside of the Americas was significant. Watching the re/rise of various hegemonies and supremacies, many of which I am intimately connected to vis-à-vis the colonization of the Caribbean created an urgency within me. I began writing to what had become the ‘sudden Otherness’ of Islam, and, through me, of the Islamic Atlantic, the Islamic Caribbean.

During periods of lengthy post-9/11 travel, I went to countries with significant Muslim populations that had suffered the succession of historical tyrants Guyana had weathered. I took travel notes.

My second book, The Greatest Films, addresses in part Islamic heritage in Guyana and Trinidad and is very much my own first response to the “War on Terror” and where Caribbean identities are situated within such geo-political and -cultural realities.

RM: How were you galvanized by the events of 9/11? How did those events turn into action on your part, which then turned into writing?

FD: I acquired a different kind of awareness around the movement of bodies, of racialized bodies, after 9/11. I always had a consciousness around the dispersal and encampment of populations even before immigrating to Canada. As someone who holds the Caribbean always in mind, and particularly Guyana, no matter how faraway it sometimes seems, I grew up with a sense of a dreadful history that had happened in Guyana. But I also knew that the particulars of this catastrophe had brought together populations from all corners of the Earth producing creolizations exemplary of the Caribbean archipelago. But what of creolized Islam? Antillean Islam? Caribbean Islam? In the context of the real and imagined Islams of post-9/11 White reportage, what would my personal Islam look like?

Writing after 9/11 means I track the movement of my body from the ways in which its Brownness is demarcated in the Caribbean to how it becomes named and renamed in the Global North. This tracking uncovers poetically a secular urban Caribbean Islamic upbringing that sits at odds with the fallacies of a radicalized Islam invented by the West as pervasive fact. Terms like “radical Islam” are terrifying to me because they are offered up by hegemonic Whiteness wresting the power to carve up Islam according to Judeo-Christian taxonomies, gradations, moral common denominators.

RM: How did this directly translate into the poems you began to write, that eventually turned into The Greatest Films?

FD: Islam was always some kind of cultural and religious background in my household in Guyana. It was always in competition with what my grandfather termed “modernity” and, as for him, he stopped going to the masjid [mosque] after his fiftieth birthday. We only experienced our cultural and religious difference at weddings and funerals, all performed in rituals and traditions centuries old and creolized in their Caribbean manifestations.

The Greatest Films emerged out of these memories.

I am still trying to sort out the role of queerness in all of these articulations. I come from a Caribbean population that remains uneasy with non-normative sexual expression and identity. What these complexities and the complexities of The Greatest Films have taught me is that to be Caribbean is to already embrace and embody what we now define as the intersectional.

Of course, these memories when threaded through my Canadianness acquire additional layers of dialogical complexity—Canada being “a confederation” of multiple diasporic subjectivities. Forthcoming poetry collections will all seek to understand these polyhistorical states more rigorously.