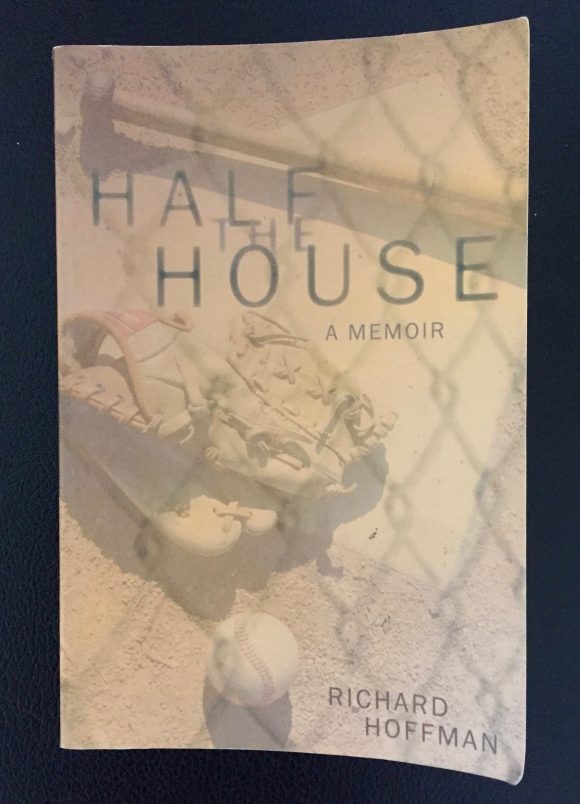 This is the final post in a series by Tracy Strauss on “Writing Trauma: Notes of Transcendence,” about the process and power of writing and publishing about trauma-related topics.

Trauma writing heals: published words serve as the rungs of a ladder to recovery, leading readers up and out of a dark, painful place and into a world of veracity, validation, grief, comfort, love, growth, and even humor. When I set out to write about my own personal trauma, I first read the memoirs of authors who’d successfully published their stories, including Half the House, by Richard Hoffman, a book about more than the child sexual abuse story described on the jacket cover—this is a story of overcoming not one but many traumatic losses.

In his memoir, Hoffman shifts verb tenses in a way that showcases traumatic flashback. First, he prepares his reader for the experience by using his present-day adult voice to discuss the events of his history in hindsight, in past tense. Then, switching to present tense, the prose revivifies the past as if it’s happening in the present, inserting the reader directly into real time. For example, Hoffman first introduces a flashback in the past tense, describing location and time, before he switches to present tense, as if pressing the “play” button to begin the movie of his life in medias res: “I felt the same pounding that day in the parking lot after baseball practice. The same shaking hands. Tom has pulled into the shade . . .” Here, the switch from past to present occurs in the same paragraph, sentence to sentence, mirroring the experience of a trauma survivor having a flashback: it’s as if the past is occurring right now, in the present.

Hoffman illustrates the experience of dissociation, a coping mechanism, by describing it:

I wasn’t really safe there, but I was willing to do what was needed, to think or not think any thought, in order to feel, at least for the time being, beyond further hurt, while staring at the image of my hand in the dust.

Here, Hoffman’s sentence structure reflects the overwhelming nature of his boyhood thoughts in reaction to his experience, showing the lack of feeling safe that is simultaneously stated in the content. Through the use of commas, the writer-as-narrator controls a list of tumbling thoughts, which ends with the dissociative act of staring at the image of his hand in the dust. It’s not his hand itself, but the void where his hand was, the absence of what was once there, the imprint of having been there: this is the evidence left behind by traumatic experience and the emotional re-creation of dissociation, along with the embodiment of loss, combined into one image. In this manner, Hoffman relays in tangible terms the psychological experience of coping with trauma to readers who may never have gone through it themselves.

To tell his life story, Hoffman combines the narrator’s experienced adult voice with the inexperienced mindset of himself as a boy. In a later chapter in the book, this technique is personified in Hoffman’s use of props to assist in his confrontation with his father: “I took out a picture of myself at eight and placed it on the coffee table between us.” Next to this picture, he places his AA medallions, representative of his adult self. He then articulates the difficulty he has speaking with his father about his boyhood within the father-son dynamic: “It was hard to see the pain on his face. . . . When I needed to, I glanced at the picture of my boyhood self on the coffee table; otherwise I cried.” Hoffman returns to his boyhood self at the same time he navigates an adult situation. He also articulates how his adult self is intertwined with his younger self, by naming how his inability to deal effectively with his own anger and grief has kept him locked in an immature state:

. . . It is inescapable: my love for my family—the real love, not the illusion I professed—is sibling to anger and grief. By displacing one and trying to elude the other, I had stayed naïve and grotesquely childish.

Hoffman’s use of the word “sibling” resonates with the loss of his sibling at the same time it creates a relationship between love and the anger and grief rooted in the traumatic experiences of his childhood.

Finally, Hoffman utilizes the idea of the trinity to explore his traumatic losses: loss of innocence from abuse, loss of his sibling, and loss of his mother. As context, the memoir delves into Hoffman’s religious upbringing in Catholic school. When his mother dies, he focuses his anger on a reversal of the trinity, describing evil, not supreme goodness: “Of course they would look like this officious black-clad trinity, their eyes averted, come to remove the offending object of her body. I knew who they were. I took another angry drink.” Hoffman pairs his anger and the trinity, assigning “black” (as opposed to an innocent, pure, or heavenly “white”) to this notion, and marking the occasion with alcohol, a numbing agent.

The 2005 edition of the memoir includes an afterword and a postscript, offering further factual details to follow up on the narrative in essay-style, including the news that the original publication of the book caused the arrest of the author’s abuser when “the police began receiving calls, from all over the country, from men in their forties, thirties, twenties, and of course from parents of young boys who had recently been violated by [the author’s abuser] . . . what now appears to have been hundreds.” Hoffman also provides photographs of himself as a boy, and commentary on the definition of boyhood, as well as the societal stereotypes and pressures that not only enable such abuse to happen but riddle victims with difficulties in reporting and dealing with their experiences in order to heal. In this way, Hoffman takes his memoir to another level: activism.

Through his words, the writer calls for change. He transforms traumatic experience from a state of helpless victimhood into one of empowered transcendence.