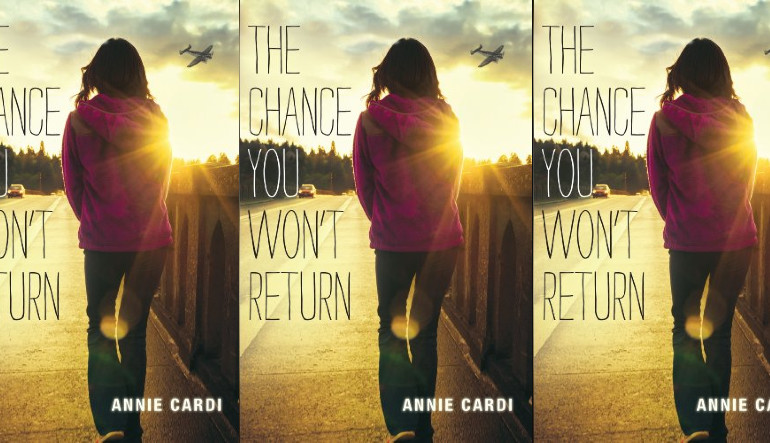 I’m not a rule-breaker. I like order and organization (lord help you if you try to cut in front of me in the burrito line). And generally I don’t go looking for trouble. Except when it comes to writing YA.

I was in my second year of my MFA program at Emerson College when I signed up for a “Writing the First Novel” class. I’d spent my first year focusing on literary short stories and was excited to try a longer project that veered more into the territory of YA. The week before class started, I tossed around ideas—maybe I could focus on that humorous character I’d been toying with since college; maybe a Pride and Prejudice adaptation set in a high school debate club; maybe I could expand that short story that needed a little more room and a little more voice.

Cut to the first class, reading a syllabus that included the dictate: no genre fiction, including fantasy, sci-fi, romance or young adult fiction. This shouldn’t have been a surprise. I was in a traditional MFA program, in which students wrote literary fiction, submitted to journals like Ploughshares, and applied to summer programs like Bread Loaf. Classmates talked about Cheever and Munro and Murakami, not Rowling or Rosoff or Blume. There were a few of us who championed YA, but for the most part this was a literary program for writers of literary fiction.

Not that that stopped me. Probably should go for the short story that needs a little more room, I thought. It was the most likely to pass as literary fiction, and not too far off from what I’d been writing in my first year.

That was the mildly rebellious beginning of my debut YA novel, The Chance You Won’t Return. Now it’s funny to look back on my attempt to ‘sneak’ YA past my classmates and professor. (The professor, by the way, later encouraged me to pursue the manuscript as YA, so I like to think she came around.)

Just like fiction for adults, fiction for teens is such a broad category that it includes several different genres, including literary fiction. The literary YA novel is essentially a Bildungsroman in the tradition of Catcher in the Rye and Great Expectations and A Tree Grows in Brooklyn. Although it’s more tightly focused on the immediate present (as opposed to novels featuring a protagonist looking back after many years), it explores first encounters and struggles with the self and the world at large. How is that any less valuable than novels about the thoughts and experiences of middle-aged protagonists?

Even though my YA writing initially required a little deceit, I’m glad I attended a more general MFA program instead of one that focused on children’s literature. Here are a few tools and techniques I learned in my MFA program that I apply to my work as a YA writer:

What’s Really Going on, aka Inside Story/Outside Story

Or rather, what’s the action vs. what’s the emotional drive of the story. A lot of times, I’ll start with an outside idea that I think sounds cool or intriguing—say, “my mother thinks she’s Amelia Earhart”—and not immediately have a sense of what the “inside” emotional core of the story is. It’s helpful to literally think of these two divisions and how they work together instead of trying to approach the story as one huge mass.

Where You’d Rather Be, aka Imagined Scenes

Imagined scenes are a way to have your literary cake and eat it, too. While some action might not be realistic for the situation, an imagined scene can let those possibilities play out in a character’s mind so they almost seem real. In The Chance You Won’t Return, the main character Alex is struggling with driver’s ed and a mother who isn’t mentally present enough to acknowledge that particular struggle. But Alex imagines going on a road trip with her boyfriend—driving with the windows down, taking pictures in front of tourist traps, sending postcards. It’s not something she could ever do in real life, but the imagined scene gives her a moment of freedom and relief.

Shut Up Already, aka Summarized Dialogue

In real life, we make small talk and describe situations to friends in full detail. In writing, your reader only wants to read the dialogue that’s absolutely necessary. Summarized dialogue can help move things along for the reader, and help the writer paint a scene in a way that would otherwise feel unnatural in dialogue. In The Chance You Won’t Return, I used summarized dialogue when Alex’s friend describes how her crush unexpectedly stood up for her. I didn’t need to spend a lot of time on the friend’s voice, and he was still able to share his story in a way that mattered to the main character.

Arts and Crafts, aka Revision

One of my favorite classes from grad school was all about revision. In one particular class, we were all instructed to bring scissors, tape, and highlighters; then we cut our stories into scenes, taped them to the wall, and highlighted particular passages or characters or plotlines. Before that, my approach to revision was way more like line editing. Now I love physically attacking a draft. For The Chance You Won’t Return, I went through and marked up which sections involved Alex’s mom, which involved Alex’s boyfriend, etc.

It’s Not Personal, aka Critique

People talk about the dreaded editorial letter; I felt pretty prepared for it. In all fairness, my editor is awesome at sharing thoughts on revision without crushing my delicate writerly soul. But even with that, nothing really prepares you for an editorial letter for your debut novel like being in a workshop with blunt professors and classmates who are really into Palahniuk. When people critique your work, it’s not a personal attack. It’s an opportunity for you to learn and grow. Being in a workshop setting with people I generally trusted taught me how to assess my own writing from a distance and sift through advice to figure out what would really work for my story.

Whether you’re writing young adult novels or literary short stories, craft matters. You can learn that on your own or in an MFA program or with a few good writer friends with whom you correspond via Twitter. But no matter how you get there and no matter what kind of story you want to write, it’s your responsibility as a writer to make it the best story it can be—whether it’s technically permitted on the syllabus or not.