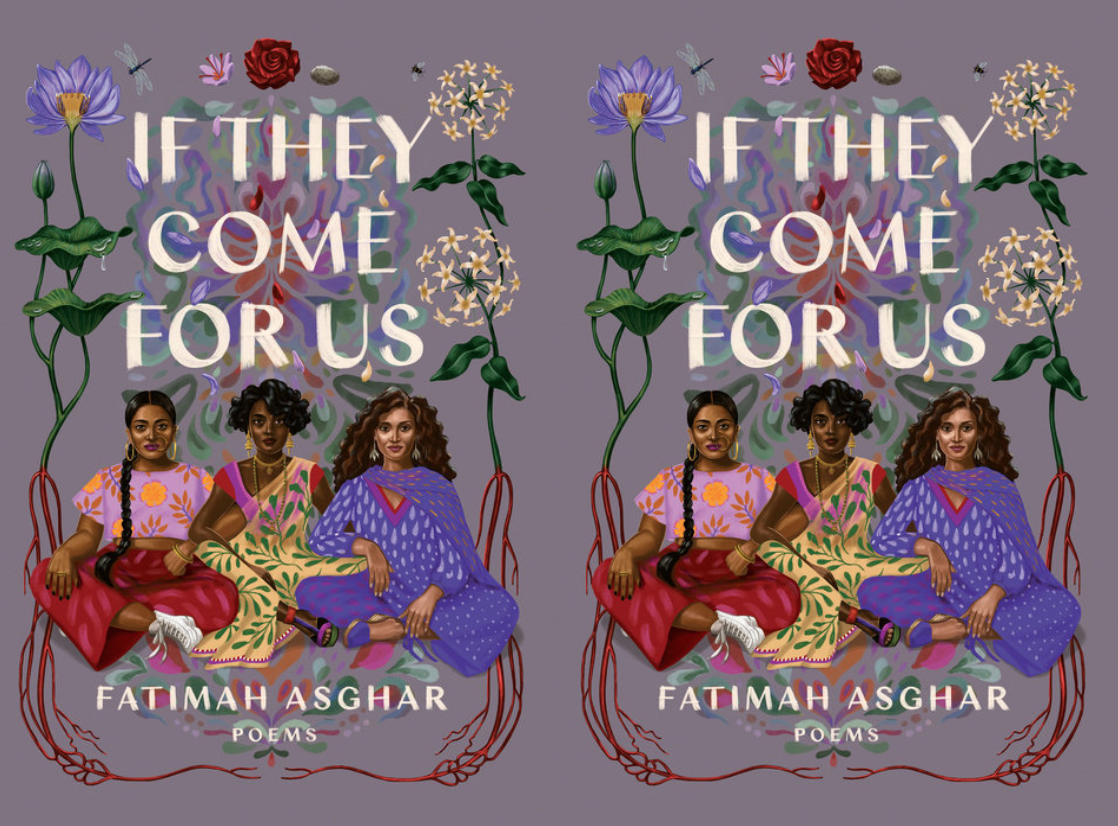 In Fatimah Asghar’s acclaimed 2018 debut, If They Come for Us, the past is the present is the future. History, particularly the traumatic history of diaspora, echoes deafeningly through the narrator’s present-day pain, joy, oppression, and affirmation. In one early poem, “Kal,” Asghar defines the Hindi word as follows: “Allah, you gave us a language / where yesterday & tomorrow / are the same word.” This conflation of the past and future—as well as the present—recurs throughout the haunting, intimate collection, which deftly braids the inherited trauma of forced migration with Asghar’s modern-day experiences as an orphaned queer Muslim woman in America.

The collection’s preface tells us of the Partition of India, in which fourteen million people were displaced, an estimated one to two million people died, and approximately 75,000-100,000 women were abducted and raped. Asghar tells us that the “effects and divisions [from Partition] echo to this day,” but she hardly needs to. The poem “Shadi” is a lament for the thousands of women who were raped during Partition and then rejected from their communities, but also speaks directly to the post-#MeToo landscape: “we’ve tried to re-learn / worth outside our bodies one day / may our names come before our sex.” In the first of a series of poems called “Partition,” for example, she connects the reverberating effects of the Partition of India with her own partitioned identity:

you’re kashmiri until they burn your home…you’re pakistani until your classmates ask what that is. then you’re indian again…you’re a daughter until they bury your mother…you’re muslim until you’re not a virgin…you’re american until the towers fall. until there’s a border on your back.

The current political climate weighs as heavily on the collection as the past. The epigraph from Partition survivor Rajinder Singh reads: “They said, no, can these sorts of things ever happen? / I said to them if they have not happened before, they have happened today”—a lament of Partition that eerily echoes modern-day political discourse. Alongside poems about the casualties of Partition come pieces like “100 Words on 45’s 100 Days,” in which she writes of children dying in the Syria bombings. One poem, called “When the Orders Came,” deals primarily with the genocide that occurred after the Partition of India, but begins by directly quoting the Trump administration calling for a “total and complete shutdown” of Muslims entering the United States. By highlighting parallels to the present day, Asghar asks the reader to grapple with the possibility that “these sorts of things” can, in fact, happen here. What will you do, the poem seems to be asking, when the orders come?

But Asghar is not content to leave the reader with a depiction of pain, or even a call to action. Instead, she subtly encodes messages of hope and affirmation within poems about trauma, oppression, and genocide. In “100 Words on 45’s 100 Days,” she writes, “he’s not my president but I live / in a country whose sun is war,” tucking the affirmative line “I live” within a despairing couplet about American imperialism. Similarly, in the poem “Ghareeb,” which sees her Pakistani/Kashmiri identity bump up against her American one, she writes: “when’d the west set in your bones? you survive / each winter like you were made for snow.”

Asghar uses her words not only to portray inherited trauma, or to protest it, but to undo its dehumanizing effects, for both herself and others. In “Partition,” she writes, “If I say the word enough I can write myself out of it,” and she does so by bending time. In “Kal,” she writes her mother back into life by weaving together yesterdays and tomorrows: “Kal means I’m in the crib, / eyelashes wet as she looks over me…Kal means she’s / dancing at my wedding not-yet come.” And in one of the collection’s most powerful pieces, “For Peshawar,” she turns her time-bending gaze outward. She doesn’t just lament the children who were killed in the 2014 terrorist attack in Peshawar, she imagines an utterly “mundane” life for them, filled with small details like “arguments with parents” and “fear of being unmarried.” By the end of the poem, she can’t bear to leave them dead, but prefers to write them back to life, insomuch as such a thing is possible: “A life. Alive. I promise.”

Tags:Fatimah Asghar, If They Come For Us