Home
»
Uncategorized
»
You Talk Funny: Some Notes on Accessibility and Poetry 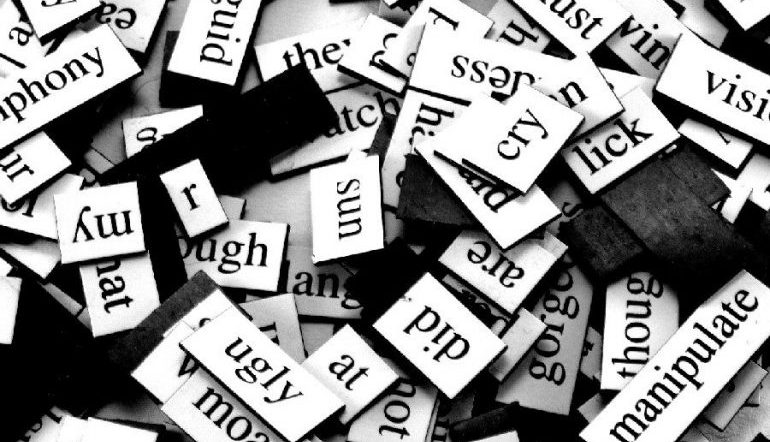 At a dinner event last week, I met an engaging lawyer who was very interested in the fact that I write poetry. He had an enthusiasm for wanting to read poems, but admitted that he rarely does. His explanation was familiar–poetry can be difficult to understand. We were seated at one of several large, round dining tables, rinsed in a sharp kaleidoscopic glow that emanated from the walls and spilled onto the polished concrete floor. More than a hundred fluorescent lights surrounded us. We were literally inside a work of art, an installation by the minimalist Dan Flavin, discussing the difficulties of poetry. It seemed appropriate.

From our conversation, I could see that my lawyer friend has a generous intelligence, and his profession requires him to wrestle with language and rhetoric daily. Still, when I speculated that most people are intimidated by reading poetry, he quickly nodded his head in agreement. He’s intimidated, too.
I’ve been thinking about this notion of accessibility lately. I work for a literary non-profit, Inprint, which presents numerous readings. Poetry events typically turn out our smallest audiences, and patrons are generally more animated by a line-up heavy with fiction and non-fiction than one boasting a majority of poets. Whenever I talk to poetry neglectors about this, their reluctance is almost always linked to discomfort. They feel unwelcomed, as if poems are intentionally giving them the cold shoulder. Poets who are supposedly more plainspoken (Billy Collins is the example I’m presented with the most) get off easier and are considered more convivial.

But maybe there’s no such thing as plainspoken poetry. A poem becomes a poem when it sets itself apart from common speech, and what we mean by plainspoken as a poetic trait can be hard to pin down. Let’s take a look at a classic example of the plainspoken by William Carlos Williams:

so much depends
upon

beside the white
chickens.

Jaunt over to a dive bar or a martini bar or tiki bar and slip those lines into casual conversation. I’m willing to bet people will notice, and not because they know the poem. They’ll notice because it’s art. The wheel barrow, rain, and chickens are all unremarkable things, and the vocabulary is plain enough, but the speaker’s meditative stance announces that we’re in a moment that defies normal experience. What is “so much” referring to anyway? Why focus on these things and not other stuff in the yard? After you’re done at the bar, stop off at the library and check out the amount of scholarship that attempts to make sense of this poem–what it means, what it doesn’t mean. A lot of attention has been paid to understanding something so accessible.

And here’s another point to consider: the parameters of diction, vernacular, and definition are constantly shifting. Would so-called plainspoken poems today have been considered plain three hundred years ago? Will they be plain to audiences reading poetry three hundred years in the future? What will they make of Williams’ wheel barrow, rain, and chickens? It’s hard to say. The argument for accessibility involves disturbing implications for our relationship to poets throughout history. Those folks from the past don’t talk like we do, so why should we listen?

Let’s set that question aside and examine a poem that’s a bit more “intimidating.” Click on over to Oni Buchanan’s The Mandrake Vehicles (it will take you a while to experience all three pieces). How’s that for accessible? Buchanan’s sequence places big demands on the reader–the work is highly cerebral and experimental, exploring the possibilities of digital type. I’d say that the easiest access point in this work is it’s music. Read any one of those poems aloud, in any of their stages, and see if you don’t find it an aural pleasure. I’m not saying they’ll mean anything to you necessarily, but the language is pumped full with lyrical energy. The poems also have visual allure.

I personally don’t connect to The Mandrake Vehicles much, though I admire Buchanan’s project. She’s testing the potential of language, revealing its fluidity, how it can bubble and froth and splash. At the poem’s core, there’s also a static subject, the mandrake, with all the corresponding notions of growth, decay, renewal, etc., we associate with plant life. There are poets some might find “difficult,” but whom I can’t live without–Gerard Manley Hopkins, Emily Dickinson, Wallace Stevens, Lucie Brock-Broido, Michael Palmer…

Regardless of whether you love or hate these poets, they hold an important place in our culture. At a merely practical level, we need to be confounded and challenged. We need to argue about words and meaning and aesthetics. We need to be pushed to difficult extremes in literature, because by doing so we are less likely to be duped by talk show pundits, Hallmark cards, televangelists, and beer commercials. More importantly, we might approach categories of awareness and feeling which previously seemed distant to us. How plainspoken are your own thoughts and feelings? We shouldn’t automatically assume that the most accessible way is the best way, the most pleasurable, or the most democratic. Genuine poets who run out into the hinterlands of language aren’t necessarily trying to be elitist. They want to make an authentic utterance, to offer an accurate description of the world. If we have trouble understanding them, it’s because the world itself isn’t always straightforward.

I’m not advocating for an anything-goes mentality. There’s too much hackneyed poetry being written today hiding beneath veneers of innovation, philosophy, and theory. But I am committed to a spirit of openness when it comes to facing poetry. We should be provoked as well as entertained, and willing to accept that reading is a skill we are constantly learning. Some poets will initially put you through your paces, but you then begin to discover something new about language, and maybe about consciousness and emotion, too. What’s so bad about that?

This is Peter’s third post for Get Behind the Plough.