Home
»
Reading
»
You vs Me, An Intellectual: Rewriting Pop Culture in Poetry 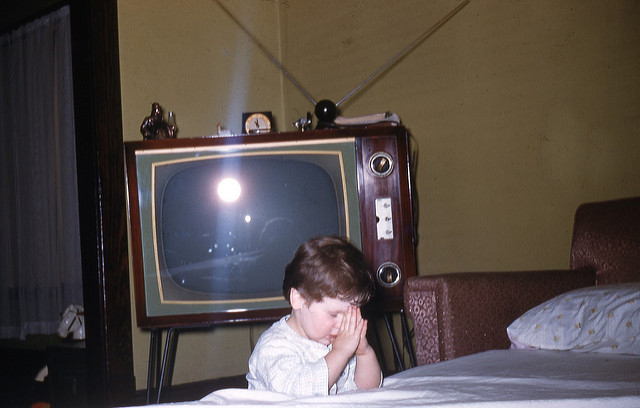 Long before I started reading poetry, I watched television. Years later, it’s still easier—or more natural—for me to interpret the world through attitudes and images I see on screen. Sometimes I like to think of it as an extended version of “What Would Jesus Do,” except Jesus is Buffy Summers or Christina Yang, and I just need a reminder of my own moral imperative in the midst of a crisis. Pop culture, like poetry, can work like excavation; it authorizes us to ask questions, to uncover, and to translate. Even though contemporary poetry has, as Ruben Quesada recently wrote, amalgamated textual traditions with media in a multiplicity of forms, it seems like some readers, writers, and publishers still don’t expect this coalescence in content.

In February, poet Morgan Parker told New York Magazine that she’s gotten a lot of pushback against her poetry’s incorporation of pop culture. Parker’s second collection, There Are More Beautiful Things Than Beyoncé, positions the iconic pop artist as “every black woman,” but it also engages with aspects of the internet, sexuality, and mental health. “It’s racist that people think that because I’m invoking a particular pop culture [reference] that it’s kind of new or different,” Parker said. Poets have always written about other forms of art and what Parker describes as “the stuff of their world,” but what is and isn’t considered “art” still falls along prejudicial lines.

In other words, what separates poetry about pop culture or the internet from ekphrastic poetry, which is defined by the Poetry Foundation as “a vivid description of a scene” or a piece of art?

In “Women Are Doomed to Be the Angels of Love,” Nikki Wallschlaeger uses a scene from Indiana Jones and the Temple of Doom to reckon with the inextricably gendered symbolism of hearts. The first few stanzas read as a litany, rendering the heart-as-signifier almost inescapable. “I sign / my letters compulsively with hearts,” the speaker explains, “dream of disobedient hearts, work with hearts. I eat them.”

The first time I read the poem, I was sitting in my car in the driveway of my mother’s house. I’d been home for a few weeks on an extended stay after the funeral of a high school friend, and driving was my only source of privacy. I read it aloud the second time, repeating lines of the litany in which organ and icon collide. There are “crusty satin hearts,” “an inflamed heart,” and a dorm pillow covered in hearts and dream catchers. But then the poem swerves toward prose:

On bad days I am paranoid and anxious about my heart being kidnapped by intruders in blue uniforms,

nevertheless sent me a message about men who are so powerful they could take what they wanted from my body with their bare hands.

Though the horror of this infamous scene still hinges on the film’s xenophobia, the poet re-presents the violence in her own line of inquiry. Wallschlaeger’s translation further dissects how and what a heart signifies.

a whale can
be suffocated with a latex
balloon or a plastic bag,
something small enough
to enter a blowhole
and expand like a torpedo
dropped into the exhaust port
of a Death Star only I guess
this is no Death Star—
this is a whale, and every
whale is a tragedy.

Arrand has also been asked why she writes about pop culture. Her work, including her new book Hold Me Gorilla Monsoon, spans movies, video games, and professional wrestling. “Video games and other ‘low culture’ items,” Arrand explained in an interview with the Collagist, “are supposed to be taboo in literary circles, I guess, because they’re a vehicle for pure pleasure, but for me, growing up they were the only cultural objects.”

For both Arrand and Wallschlaeger, these cultural references are rhetorical devices, starting points through which each poet conveys meaning or asks questions. R.A. Villanueva recently described poetry as trying “to conceive of how our universe works,” and I think pop culture makes this process of conceiving more accessible. In the words of Morgan Parker, “If I’m going to write poetry, it has to reflect who I am and the things that are making up my world and the things that I’m consumed by.”