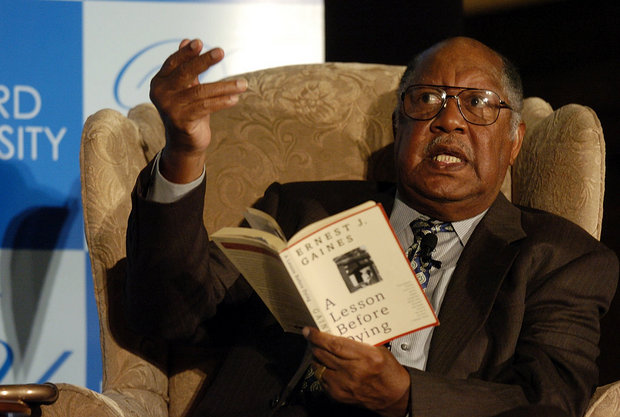 This is the seventh post in a Ploughshares series where Charlotte Donlon interviews people who promote and support writing and creativity. The other posts in this series can be found here.

The lists are easy to find: “10 African American Authors Everyone Should Read,” “10 Influential Black Authors You Should Read,” “10 Must-Read Classics by African American Authors.” The names on those lists are definitely authors that need to be read. But thanks to the Zora Neale Hurston/Richard Wright Foundation, it’s possible to easily find hundreds of additional Black authors and their work. Black writers have written and are writing fantastic fiction, nonfiction, and poetry. The Hurston/Wright Foundation exists to discover, mentor, and honor them.

The Hurston/Wright Foundation was founded in 1990 in Washington, D.C. by award-winning author Marita Golden and bibliophile/cultural historian Clyde McElvene. The Hurston/Wright Foundation wants to support Black writers throughout each step and phase of their careers, and they are accomplishing that goal. Through workshops, master classes, public readings, awards programs, and The Book Club Initiative which connects readers to black literature, the foundation preserves the voices of Black writers, creates a community for Black writers, and celebrates excellence.

2015 was a big year for the Hurston/Wright Foundation. In honor of their 25th anniversary, they held a strategic planning session to evaluate where the organization has been and where it’s headed. According to the relatively new Executive Director, Deborah Heard, and the Chairman of the Board of Directors, Darlene Taylor, some takeaways from those conversations are commitments to continue to expand the work of the foundation through increasing the number of partnerships, finding more ways to make sure people know about the quality writing that’s being created by Black authors, and exploring ways to provide monetary support to foundation award winners. Heard and Taylor are inspired and energized by the quality and volume of work that they see from Black authors who participate in the foundation’s workshops and in the books and manuscripts submitted for consideration for the Hurston/Wright Legacy Awards and the Hurston/Wright Awards for College Writers. Heard says, “I’ve spent my career as a journalist, and at The Washington Post I ran the Style section which covered writers and publishing. I’ve always read a lot so I knew that there was good work being produced, but when I became involved with the foundation I was just stunned by the poets and the investigative writers and the columnists and the novelists and the folks who were writing short stories. They were producing this amazing, amazing body of work. Seeing this has been a great joy to me.” Heard and Taylor desire to work on behalf of these writers, increasing the visibility of them and their books, and taking the mission of the foundation as far as they possibly can.

Some who have been impacted by the foundation’s work and mission include David Anthony Durham, author of Gabriel’s Story and other books; Tayari Jones, author of Silver Sparrow and other books; and Natalie Baszile, author of Queen Sugar, now a mini-series on the OWN network. All of these individuals won the Hurston/Wright Award for College Writers before they became published writers. Brit Bennett, 2014 college award winner for fiction and author of The Mothers says, “The Hurston/Wright award ushered me into a community of writers who look like me and the characters who occupy my stories. I felt affirmed and welcomed.”

Black writers at all levels are invited to participate in the workshops hosted by the foundation. Heard and Taylor will oftentimes sit in the back of the room and observe and listen to the workshop speakers and participants. Heard says, “There are cases where people have been struggling with a story, struggling with craft elements, or struggling with finding their voice. Then they come out of the session and believe that they can do it and know that what they are writing has value. Watching these connections being made is a very rewarding experience.” Taylor adds, “Seeing writers like Natasha Trethewey  helping other writers find their way into a story, into a character, into a setting, and make that alive on the page is also energizing. Some advice Trethewey once gave is to find something in you that is like the character you want to write about. That empathy will lead you to your characters.”

One of the biggest weekends of each year for the Hurston/Wright Foundation falls on the third Friday of every October when they hold the ceremony the for Hurston/Wright Legacy Awards. Free public readings that feature legacy-nominated writers are held on the eve of the awards ceremony. One person who was honored this year is Ernest J. Gaines who was awarded the North Star Award which “pays homage to the significance of the North Star for enslaved Africans who looked to it as a guide to freedom.” Some of Gaines’ works include A Lesson Before Dying, The Autobiography of Miss Jane Pittman, and A Gathering of Old Men. Gaines was able to be at the ceremony to accept the award in person. Heard and Taylor say that moment when Gaines’ name was announced and the audience offered a standing ovation with thunderous applause is one reason the Hurston/Wright foundation exists. To be able to recognize Gaines and his literary contributions is a privilege that is not taken lightly. (All winners, finalists, and nominees of the 2016 awards can be found on the Hurston/Wright website here.)

For those who want to support Black authors (in addition to donating to organizations like the Hurston/Wright Foundation), Heard and Taylor’s advice is simple: buy their books, read their books, and spread the word about their books. A major initiative for the foundation is to connect more readers to Black authors and their books. Through the foundation’s website, one can sort through hundreds of books and author biographies. There is enough information provided online here to keep readers and their book clubs busy for years to come.

Taylor mentions something Richard Wright once said of Black writers: “Our mission is to tell the truth at whatever the cost.” Because the Hurston/Wright Foundation serves, supports, and recognizes Black writers as they fulfill Wright’s vision, those lists of authors and books on the foundation’s website will only continue to grow.