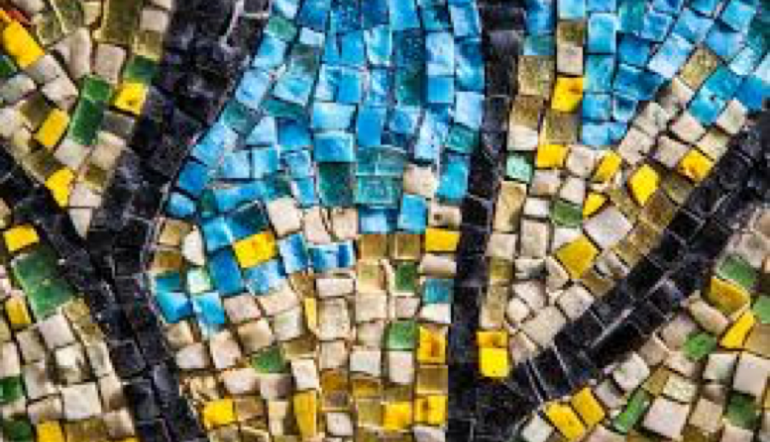 “I remember my life as a series of felt moments that define me,” Simon Van Booy wrote in a letter to novelist Siri Hustvedt about life and writing.

As a reader, I have been most moved by writing that tells a story in fragments, often ones that are weighted with emotion and significance to the life of the narrator. Only after each fragment has been picked up, polished, and assembled in place, jagged edge to jagged edge, does the meaning reveal itself.

This is so in John Updike’s, “Packed Dirt, Churchgoing, A Dying Cat, A Traded Car.” The story opens with the line, “Different things move us,” and the narrator’s description of how moved he is by the sight of earth made smooth by the feet of people walking upon it over time. It then shifts focus to other things that have moved him: the ritual of attending church services, the memory of a wounded cat he tried to help on the night he became a father, and the series of family cars that his father bought and sold over the years. All these seemingly disparate things come together to tell the story of the narrator finding meaning in his life in the wake of his father’s death.

This style of writing in fragments requires a sifting through scenes, memories, and revelations and weighing one against the other, finding connections and tensions that work to propel the story forward. What are the “felt moments” worth telling? Which fragment, pressed against another, will create an alchemy? Can these accumulated moments make a worthwhile story? A life?

Kazuo Ishiguro spoke in an interview once about fragments of memory and “tangential meandering” as a literary device that he employed in his novels:

I like the fact that by mimicking the way memory works, a writer can actually write in a fluid way — one solid scene doesn’t have to fall on another solid scene, you can just have a fragment that then dovetails into another one that took place 30 years apart from it. It doesn’t have to be fully realized, it can be a glancing, shadowy reference to something that you’ll come back to later, and then it moves on. Moving from episode to episode through association and tangential meandering — I like it as a style, it serves my purposes very well.

The fragmentary style—and tangential meandering—can also be effective in memoir, and Jo Ann Beard does this beautifully in “The Fourth State of Matter.” She weaves together different pieces of the story—her vanished husband, ailing dogs, squirrels taking over a room in her house, and scenes from the campus where she works with scientists—that culminate in tragedy, when a gunman on the campus kills her friend and colleagues.

Here is one of those “glancing, shadowy references” early in the essay, in a moment she looks up at the sky: “The Milky Way is a long smear on the sky, like something erased on a blackboard,” she observes. Throughout the essay, Beard returns to this blackboard image many times—conversations with her friend Chris take place in front of the blackboard they share, where she draws him and of her dog; the office tensions and Beard’s own sense of being an outsider among the scientists then become evident in the way they erase her drawings to map scientific theories. This and other images serve as the connective tissue between the felt moments. The blackboard reappears toward the end and foreshadows the events to come:

Unimaginable, really, that less than two months from now one of his colleagues from abroad, a woman with delicate, birdlike features, will appear at the door to my office and identify herself as a friend of Bob’s. When she asks, I take her down the hall to the room with the long table and then to his empty office. I do this without saying anything, because there’s nothing to say, and she takes it all in with small, serious nods until the moment she sees his blackboard covered with scribbles and arrows and equations. At that point her face loosens and she starts to cry in long ragged sobs. An hour later I go back and the office is empty. When I erase the blackboard finally, I can see where she laid her hands carefully, where the numbers are ghostly and blurred.

Fragments, when hefty in emotion and meaning, can carry a story. When curated and taken in aggregate, they make a well-told story, and a life.