Home
»
Critical Essays
»
A Valentine to the Best American Poetry 1993 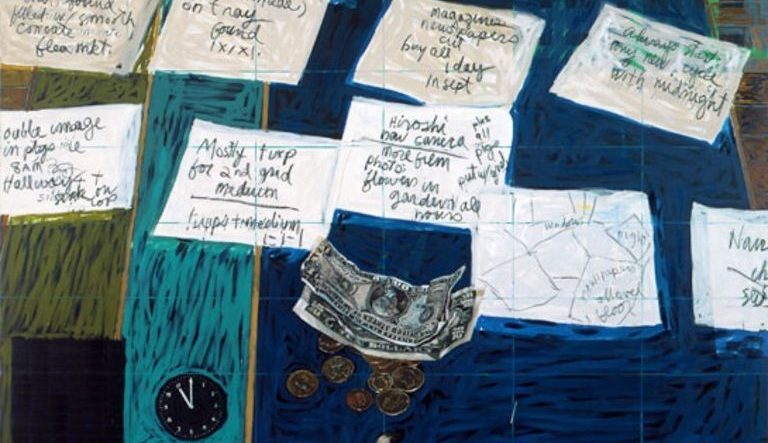 Before social media helped readers discover poetry, the world seemed smaller. In the early 90s, when I was a preteen starting to figure out that not all great poets were dead, I had little to go on. Growing up in a low-income exurb, I found that my local library wasn’t much help, and the mall bookstores weren’t great either, at least not if I wanted someone more recent than Robert Frost or Sylvia Plath. But one thing that chain bookstores could reliably be counted on to carry was the Best American Poetry (BAP) Series, launched in 1988 by New York poet and editor David Lehman, and edited by a different guest poet every year. It’s still barreling along, thirty years later.

At some point, not too many years ago, I had to sell my collection of BAP volumes when I was broke and needed milk and bread and gas. But the first volume I ever bought, at the B. Dalton bookstore I later worked at—rest in peace—was Best American Poetry 1993, guest edited by Louise Glück, and it was the one I couldn’t force myself to give up when I sold all the others. In some ways, it remains my favorite anthology of poetry, and it remains my favorite of the BAPs in the series’s long history.

In her introduction to the volume, Glück writes about the idea of voice. She draws a distinction between the voice in speech, speaking to another, and the voice in a poem, which is speaking to an other which “may not yet exist.” She goes on, “The poem means to create that person, first in the poet, then in the reader.” As a thirteen-year-old girl new to contemporary poetry, I was perhaps not the person any of the poets in that volume perhaps might imagine at the end of this transaction, but there was no more willing subject. The poems created their relationship with me line by striking line.

Take the opening to Tess Gallagher’s poem “The Kiss”: “A man was given one kiss, one / mouth, one tongue, one early dawn, one boat / on the sea.” What is about these lines that continue to run through my head, twenty-five years after I first read them? Their repetition, surely, and the strangeness of the idea that a man could be given just one kiss to use in the same way he might use a boat and a dawn light to row it in. But the strangeness deepens as the poem goes forward; the man confronts another kiss in a different boat rowing from the opposite direction:

It’s just a kiss, he thought,
I’ll use it up. The kiss had the same thing
on its mind—“I’ll use up this man.’”

But when two kisses kiss, it’s like tigers
answering questions about infinity with their teeth.

These lines bring me back to something else in Glück’s introduction. “In the reader,” she says, “an idea is being attacked, and the attack exhilarates.” An idea that the reader had held unexamined is exploded by true poetry, Glück argues, and “the actively felt rushes to displace the passively unexamined, unsettling everything that has been built on that ground.” For me, as a young reader, these were ideas about poetry itself—what it could do, what it could mean. The idea that poems could be difficult was not new; the idea that a poem could be understood viscerally, by the ear and the gut, and still somehow allude a neat conclusion in the intellect. Gallagher’s poem taught me that; the book as a whole still does.

Although the anthology is not strong on presenting writers of color—and where the blame lies for that is probably less likely to be with Glück and more likely with the publishers of the magazines Glück was drawing work from—it does feature a number of queer writers. Most notably, for me, was the poet Tim Dlugos, whose work was appearing posthumously in the book. Because one of the standard features of each anthology is a short blurb in the back from the poet explaining something about the poem, I learned that Dlugos had died of AIDS in 1990. Although as a young teen, I was aware of queer artists working within the milieu of the AIDS epidemic—Keith Haring, Freddie Mercury—Dlugos was the first gay poet I read (excepting Whitman, whom I never understood in this context until much later). Most strikingly, Dlugos’s poem was about joy, a subject that I had never considered a particularly poetic one before. And to write about joy while dying was another one of those unexamined impossibilities of mine that came crashing down, reading “Healing the World From Battery Park.” As the speaker looks out across the water, he considers Manhattan and America, its betrayals, its harms and oppressions against the marginalized, and he imagines healing both those strangers and all the loved ones in his life. Toward the end of the poem, he says:

There’s a quantity
of tenderness I feel sometimes
that drops into my chest precipitous
and golden as the sun into Fort Lee.

From his chest, he breathes, imagines his breath joining the molecular wind. “Bless me father,” he says. “I’m living in the light.”

Since 1993, poetry’s gotten richer, deeper, weirder, to my delight and to the benefit of all its readers, and the newest volumes of BAP look toward the future of poetry in a way that the 1993 volume, with its preponderance of established white poets, doesn’t always. But it also isn’t mere nostalgia, either, that leads me to open the book again and again, to find poems I know nearly by heart now by writers I first found there—Robert Kelly, Lucia Perillo, Jane Kenyon. If they still do this, for readers coming to, or returning to poetry, then I hope the series continues for another thirty years.