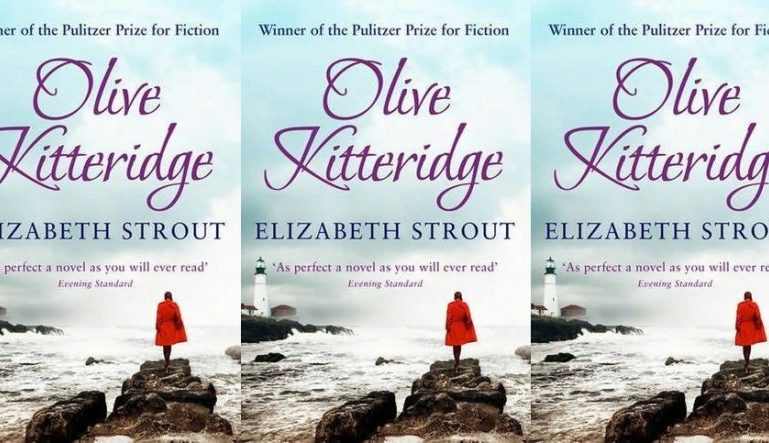 Several times during her question-and-answer session at Emerson College on April 15, Elizabeth Strout admitted to making things up. No one would begrudge a fiction writer of doing that–fabrication is part of her job. But Strout “just knew” when her latest book Olive Kitteridge was ready. “Which isn’t very interesting,” she added.

Strout shared with us how the collection came together, almost subconsciously. The character of Olive Kitteridge was born as an image: standing by the picnic table at her son’s wedding, deciding she had had enough festivities for one day. “That was the first visitation,” she said. From this snapshot, Strout created “A Little Burst,” the fourth story in her book, but the first full Olive story she wrote: “That was definitely Olive from beginning to end. I wrote that story in a couple of months, which for me was amazing.”

She struggled for ten years on “A Different Road,” in which Olive and her husband Henry are held hostage in a hospital. Originally starring an Evelyn, the story became clear to Strout only when she reconsidered the main character. “I bet this is an Olive story,” she told herself, “and it was.”

Other stories, newer and older, were rewritten once Olive arrived. “I don’t write any story in chronological order, so I don’t write a book that way,” Strout said. Upon writing “A Little Burst,” she immediately envisioned a book: The Olive Stories. With marketing what it is, the title changed, but the content remained the same. Random House acquired Olive Kitteridge when she was just one-third finished. Her editor of her previous work, Daniel Menaker, was on his way out as the manuscript came in. She recalled that he read “Incoming Tide” and made one useful suggestion. But beyond that, Strout said, “every word was what I wanted.”

She’s a constant reviser. “I write a sentence and rewrite it immediately,” she said. One reader would review her past work before she sent it out, so that the whole process remained “secretive and very compressed.” Nowadays, she has more readers, but that’s not her preference.

She does prefer mess–spreading out papers, piecing everything together at the last minute. Asked about the order of the stories, she offered to once again make up an answer. In reality, when she left the cottage in Provincetown, Rhode Island, where she finished revising Olive Kitteridge, the order she placed them in lasted through the final product.
Strout just knew, which seemed to be the theme of her talk.

During her days in law school, for example, she completed a lot of writing and would sneak novels like Vladimir Nabokov’s Pnin inside her textbooks during class. But she always considered herself a writer. “It’s just a compulsion,” she admitted.

While she said she finds her writing “hysterically funny”–and hoped we agreed with her–she also stressed its deep sincerity. “I think writing is very serious business. I’m not interested in showing off, or coyness, or tricks, or pyrotechnics.” For Elizabeth Strout, fiction is about sentence upon good sentence–combining into one cohesive whole. Likewise for editing Ploughshares: she felt her hand was in a box of shapes, which she maneuvered until somehow they came together. “These things do happen often,” she said, “with a degree of surprise.”