‘Tis the season for gift giving, and what makes a better gift than an unforgettable book? 2014 has been a great year for books and television both, so here are some pairings to help you shop for the TV enthusiast in your life. 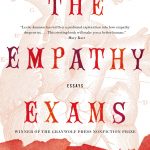 If someone on your gift list is a sucker for any medical drama from E.R. to Grey’s Anatomy, then The Empathy Exams by Leslie Jamison will make the perfect present. Jamison begins by recounting her experience as a medical actor and ends with a killer essay on female pain, and everything in between is just as powerful. Intimate yet sprawling, this collection of personal essays covers the familiar territory of illness while still managing to break new ground. 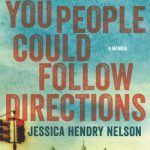 Jessica Hendry Nelson has to be one of our generation’s most breathtaking writers, and her prose is never more potent than when she writes about her family ties. Like Showtime’s series Shameless, Nelson’s memoir If Only You People Could Follow Directions weaves the story of familial love and loyalty in the face of chaos and addiction. If you’d like a teaser of Nelson’s prose, check out this heartbreaker of an essay, “Rapture of the Deep” at The Rumpus, and then get thee to a bookstore. 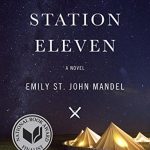 If you know a friend who needs a post-apocalyptic fix to tide them over until The Walking Dead returns in February, then Santa himself has smiled upon you because I have two fantastic recommendations. The first is California by Edan Lepucki, a novel that takes place in the Californian woods where an isolated couple must decide whether to approach an eerie settlement after discovering they’re going to have a baby. The second novel is NBA-nominated Station Eleven by Emily St. John Mandel, which starts with the Georgia flu and spans decades and continents as it draws the connection between a Shakespearean actor, a traveling group of thespians, and a dangerous prophet. Lepucki’s approach to post-apocalyptic life is more intimate while Mandel’s is more global, but both are very entertaining and thought-provoking. 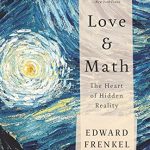 While I’ll always consider Big Bang Theory a fast food hamburger to Freaks and Geeks’ filet mignon, fans of both shows will enjoy the nonfiction offering Love and Math: The Heart of Hidden Reality by Edward Frenkel. The author is an eccentric, passionate romantic, and his book reveals the art and beauty of mathematics while taking aim at the way math is taught in our schools. Check out his interview with Stephen Colbert for a good laugh and to hear Frenkel talk about the book.

Orange is the New Black 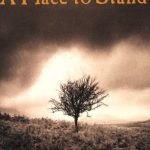 Looking for a gift for someone who is an OITNB fan? A Place to Stand by Jimmy Santiago Baca will make a great match. A chronicle of Baca’s experiences at a maximum security prison, this is also a story of a young man’s indefatigable desire to become a poet. As far as I’m concerned, Jimmy Santiago Baca’s poetry and essays ought to be required reading for us all. He writes with a precision, grace, and wisdom that are ancestral, personal, and absolutely essential. 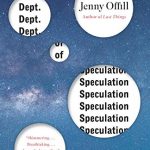 While Mad Men occurs in a separate decade from Jenny Offill’s Dept. of Speculation, both cast a strangely satisfying spell over their audiences by tending to offer more questions than answers. These two pieces of art seem to be in conversation with each other, even in Offill’s opening epigraph from Socrates: “speculators on the universe . . . are no better than madmen.” Both the TV series and Offill’s novella paint complicated portraits of marriage, and Dept. of Speculation will be a homerun-gift for the existential thinker in your life. 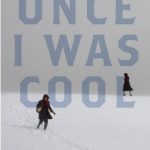 Louis CK is a master at making the loneliness in life seem a little less lonely, and that’s exactly what Megan Stielstra accomplishes in her collection Once I Was Cool. Like Louie, Stielstra finds the beating heart that hides beneath most moments of quotidian emptiness without sacrificing any bit of the biting reality in growing older, learning how to parent, and weathering the financial hardships of an artist’s life. Louie draws his most elegant and watershed conclusions out of humor and sadness, and Stielstra matches him every step of the way.

And just in case that’s not enough, here are some more literary stocking stuffers that are just too good to be left out:

For fans of The Bridge: The Book of Unknown Americans by Cristina Henriquez
For fans of Girls: Bad Feminist by Roxane Gay
For fans of Modern Family: Cutting Teeth by Julia Fierro
For fans of BBC’s Sherlock: The Paying Guests by Sarah Waters