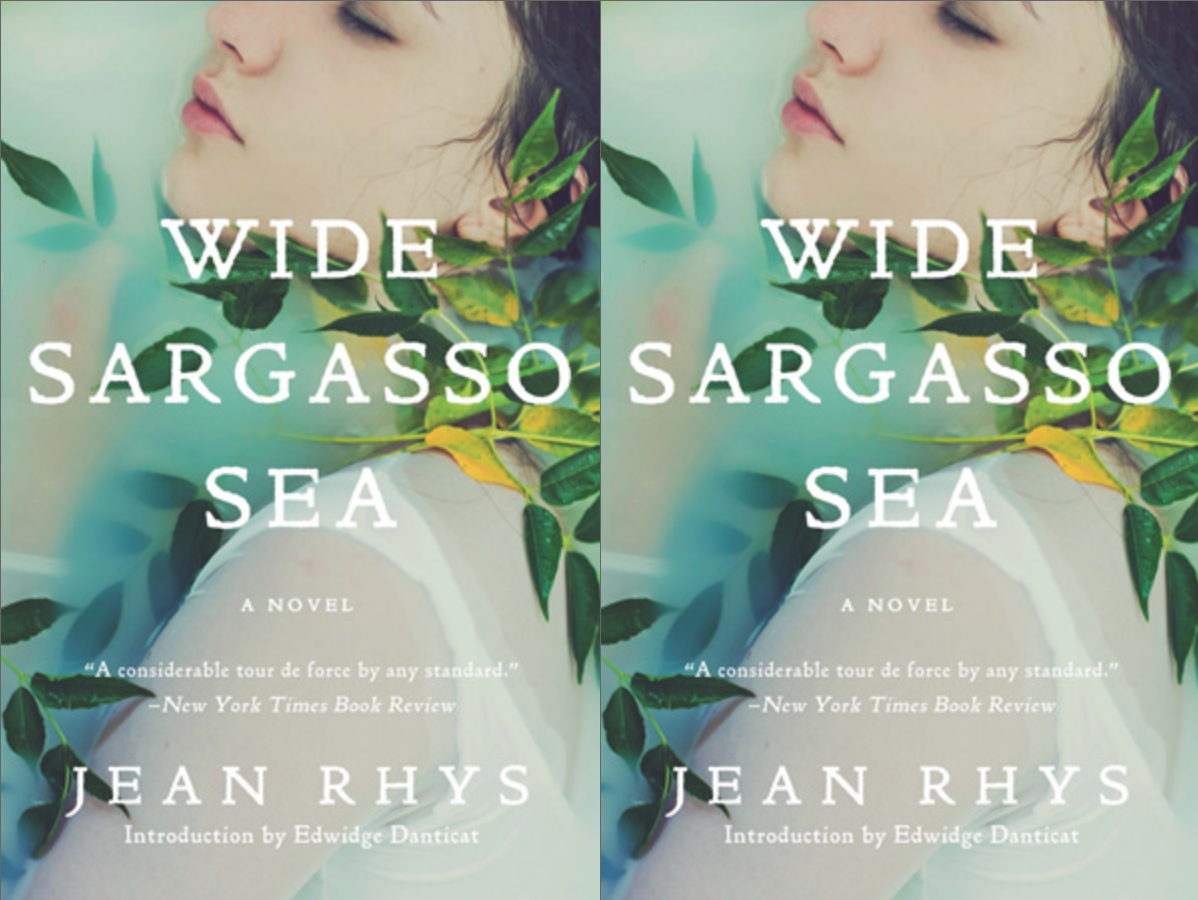 Widely read in English department post-colonial courses, Wide Sargasso Sea imagines the life of “the madwoman in the attic” of Jane Eyre and suggests the background of her madness. The book is divided into three parts, narrated by Antoinette Cosway (who becomes Bertha Mason) and Rochester. But the book also brings to life other voices—their Martinique house woman, Christophine; a Jamaican girl, Amelie, who seduces Rochester; a relative—Daniel Cosway—from an extramarital union (for lack of a better term) of Antoinette’s father. Like a prism, this book has been “unpacked” from every conceivable academic angle. And like the best works of art (a term I admit I cling to in spite of/because of all the cultural/aesthetic issues it lays on the table) this book continues to open up under analysis, yielding layer upon layer of interpretation.

Much of what’s remarkable about Wide Sargasso Sea is indicated in the opening lines:

They say when trouble comes close ranks, and so the white people did. But we were not in their ranks. The Jamaican ladies had never approved of my mother, ‘because she pretty like pretty self’ Christophine said.

With these lines we are sucked quickly into the intimacy of the voice of Antionette, a narrative atmosphere as thick and viscous as the Caribbean air she describes. It is perhaps a good thing that most of Rhys’ novels are short. Upon finishing I sometimes feel that I have been holding my breath too long, and the final pages leave me both exulted and relieved. We are also efficiently placed in the complicated situation of the British emancipation of Jamaica, with a hint of the family’s awkward position as left-over colonials with complicated ethnicity.  The book’s multiplicity of voices is also sampled, here, with Christophine’s commentary on the narrator’s mother.

Antoinette is uniquely poised to observe the very worst behavior of all parties. She belongs everywhere, a little bit, which is to say nowhere, not even with her own mother, fast approaching insanity. She appears to the people of Jamaica to have come from a place of economic and ethnic power but even that is complicated by the madness of her family, its ambiguous “blood lines,” and the precipitous loss of fortune. She is, in short, a victim—and not to say the book’s only victim, but she is definitely the protagonist-victim, which is interesting and to my mind kind of rare. I generally prefer a little agency in my protagonists, and this narrator has very little at her disposal. She was born into this, and in the first section of the book she is a child. And she can be understood to be further victimized by Rochester who marries her and takes her to England. We begin the book, after all, under the spectre of Jane Eyre.

Victims deserve compassion, but a narrator who represents her own victimization is tricky. How does a character elide the plaintive petitioning of talk-show guests? Especially when emotion is reported with such stark vulnerability? Antoinette loses her childhood friend, Tia (Tia throws a rock at her; Tia is part of a mob that burns Antoinette’s crumbling estate); she loses her caretaker, Christophine; she loses her mother; she loses the love of her new husband. She weeps. She spends a lot of time in bed, where we find her when Christophine finally makes her exit (in the section narrated by Rochester):

“You’re not leaving?” she [Antoinette] said.

“And what will become of me?” said Antoinette.

“Get up, girl, and dress yourself. Woman must have spunks to live in this wicked world.”

The question I end up asking myself is why this character is so attractive to me, why she never triggers my impatience in spite of the fact that she lacks spunk. I think it goes back to the multiplicity of the other voices she—and the book—represents. People treat her hatefully, but we understand that their motivations point to epic cultural wrongs. Antoinette experiences great loss as each character—Rochester included and Christophine excepted—elevates their power relations over their personal connection to her. It’s justifiable, in many cases, but it hurts anyway, a lot, and I find myself appreciating the way her character unapologetically registers pain.

When Antoinette’s relative, Daniel Cosgrove, writes Rochester a letter informing him of her family’s “undesirable” history, Rochester asks her if there is another side to the story. She responds, provocatively, “There is always another side.” Here lies the novel’s heartbreaking ambivalence. If, knowing what one knows, one cannot really blame the people who wrong you—as they also have been wronged—what is one to do with the hate directed at one, the retribution exacted, the feelings of abandonment?

It is fair to say that Rochester saves her from an impossible situation, offering her a place among the powerful. But in the classic imperialist catch-22, Antoinette is unable, or refuses, to assimilate and is further victimized. Rhys, brilliantly, shows us Rochester’s own unhappy confusion, as the novel dramatizes the impossibility of productive communication between the powerful and the powerless. Antoinette understands this, but Rochester can’t.  I think what pulls me to this book, over and over, is the way the character of Antoinette (I can’t bear to call her Bertha, as Rochester does) embodies the paralysis of perspective. Her ultimate victimization renders her the person in the book with the most faceted view, while Rochester’s power prevents him from an understanding we can almost believe he would welcome, with his set of dimly lit good intentions.

What Antoinette experiences is impossible for her to reconcile—when there is always another side, how does one define oneself? How does one stay sane? And when, like Rochester, one cannot transcend one’s own “side,” how is it possible to exist easily in the presence of an uneasy reminder of what resists assimilation? Enter the attic; enter the inevitable—if unintentional—revenge of the captive there on the miserable captor, a small-scale repetition of the power relations that got the whole story started in the first place.