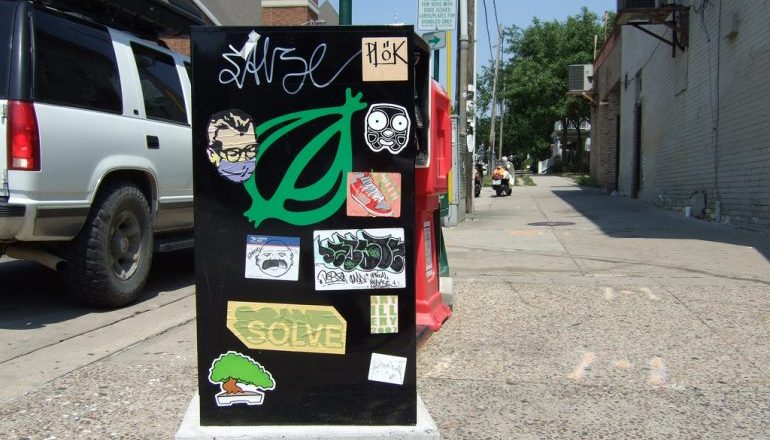 In 2003, when I first moved to New York at eighteen, I remember reading The Onion at various coffee shops, clutching it in a mittened hand in Washington Square Park. The Onion was also online then, of course. It’s been online since 1996, which is crazy considering what the Internet looked like back then. (When I try to remember it, all I can see is a blue screen and some primitive, boxy text.) Even by 2003, the Internet was still mostly for researching school projects or messaging your friends late into the night from your dorm room. It was not where you went for humor writing.

For that we had print edition of The Onion, available in those wire baskets at the front of bookstores and on downtown street corners. We had Shouts & Murmurs and David Sedaris in the pages of our parents’ New Yorker subscriptions. We had Woody Allen paperbacks, crispy with age, picked up at used bookstores. By the grace of God, we had Pastoralia and CivilWarLand in Bad Decline with its original, hideous cover.

And that was pretty much it.

Recently, Christopher Monks, the editor of McSweeney’s Internet Tendency was interviewed for Medium (part one is here), and it’s made me consider how the Internet has ushered in a golden age of humor writing. Monks reads all submissions himself, a round-the-clock endeavor requiring both impressive stamina and clarity of vision.

Even if McSweeney’s is not for everyone (it’s sometimes dismissed as twee or “hipster”), the service it provides is invaluable. The site was founded in 1998, but hit its stride when previous editor John Warner took over in 2003. Since its founding, the writing has been abundant and it has been free. McSweeney’s, however specific, is consistently excellent. To my thinking, nothing will ever top 2009’s iconic “It’s Decorative Gourd Season, Motherfuckers” by Colin Nissan, but the quality is still there.

A number of other outlets for humor writing have also popped up. The Toast, The Hairpin, Splitsider, and The Rumpus all run humor pieces in addition to more serious fare. Even Shouts & Murmurs has broadened to include online Daily Shouts. (Let us not speak of The Borowitz Report.)

A key factor in the spread of humor writing online is its shareability. When Sarah Larson’s genius “What Do Y’All, Yinz, and Yix Call Stretchy Office Supplies?” came out, it was all over my feed. Suddenly, kooky aunts and anti-intellectuals from my hometown were sharing a New Yorker piece. Delightful.

If the Internet has given us a forum for satire and a way to easily disseminate it, it has also provided material. Clickhole was brought to life in 2014 by the creators of The Onion, and it is barely an exaggeration to say comedic nirvana was achieved.

Clickhole, if you somehow don’t know, is a perfectly calibrated send-up of clickbait websites, with their quizzes and inane listicles, their “11 Things Only Pug Owners Will Understand.” Clickhole posts are both keenly observed and deeply absurd. “Which One of My Garbage Sons Are You?” may be my all-time favorite. “I’ve got some shit boys,” it starts.

The Onion became an online only publication in 2013. The transition makes sense. As much as I miss the physical newsprint, it’s not as easy to read covertly at work or forward on to friends. And on days when the Internet seems like a repository for humanity’s worst impulses, it’s important to remember that it has given quality humor writing a home far above anything that could be achieved in print.