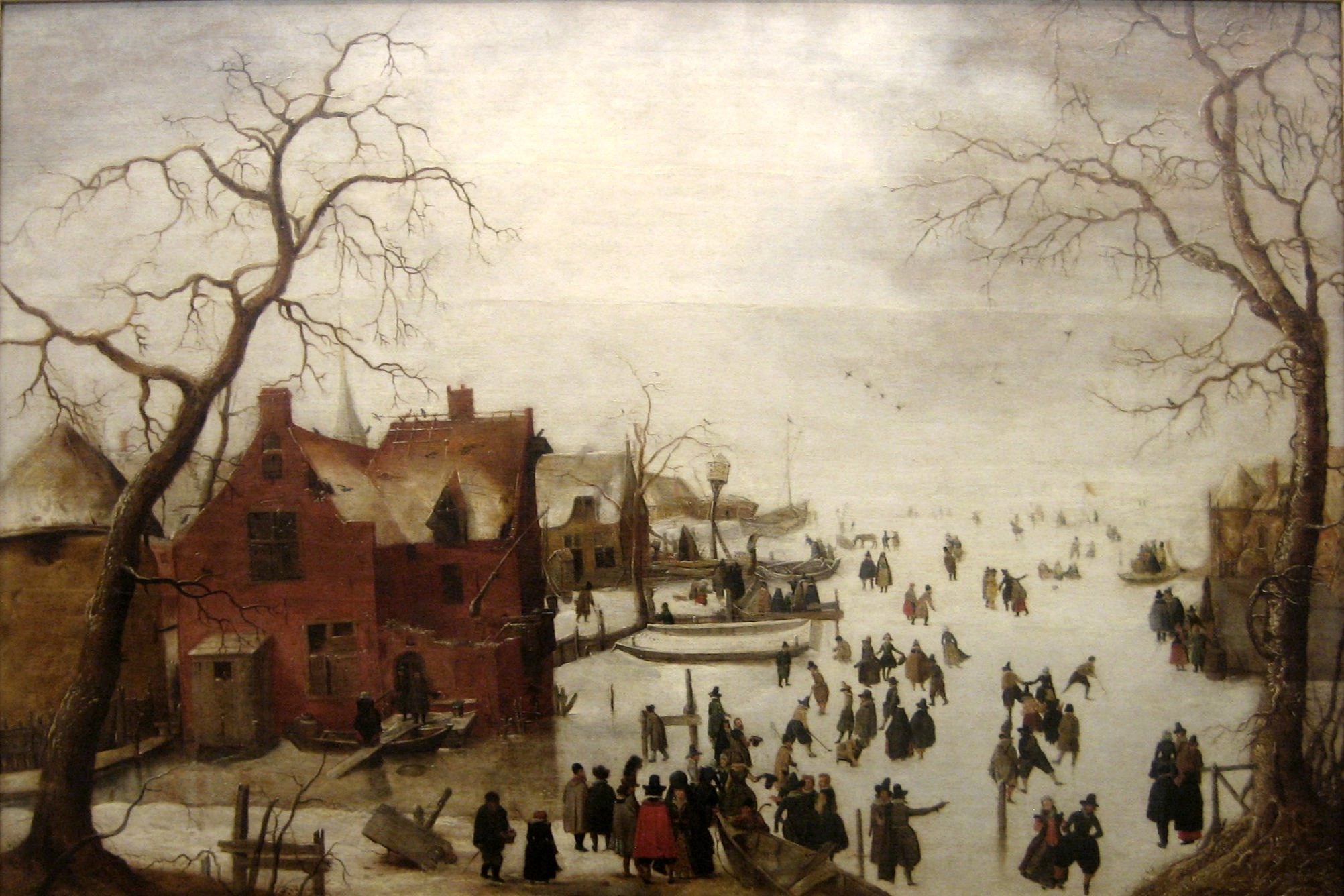 Winter, with its brutal cold and barren landscapes, often intensifies our experience of emotions and our awareness of needs. As a result, writing about it can feel needlessly blustery and sentimental. The overt symbolism of winter landscapes can become an easy stand-in for common fears or struggles. Poems by Margaret Atwood, Naomi Shihab Nye, and Robert Frost, however, represent the cold with specific, emotionally evocative language that for the most part avoids these pitfalls. The claustrophobia of winter inflects the mood of these poems without overpowering them.

Atwood’s “February” begins with short, choppy sentences: “Winter. Time to eat fat and watch hockey.” Not much happens in the poem—the images mostly focus on the speaker’s cat jumping on the bed and the TV playing in the background, suggesting the queasy repetitiveness of being inside for a long time. The language used to describe the cat, for example, isn’t tender—it’s frank and cutting. The cat, which could become a trite symbol of comfort, is instead a subtle reminder of the speaker’s mortality. Even the slightly easy rhymes in the following stanza take on a sardonic twist:

In the pewter mornings, the cat,
a black fur sausage with yellow
Houdini eyes, jumps up on the bed and tries
to get onto my head. It’s his
way of telling whether or not I’m dead.
If I’m not, he wants to be scratched; if I am
He’ll think of something.

As in much of Atwood’s work, disaster is nestled in the quotidian and the domestic:

famine
crouches in the bedsheets, ambushing the pulsing
eiderdown, and the windchill factor hits
thirty below, and pollution pours
out of our chimneys to keep us warm.

The language is dismal, but balanced with playfulness: the speaker has a “lust for French fries” and she refers to the cat as “the life principle, / more or less.” It’s a poem that feels like the beginning of February: a speaker weary of the cold, cooped up inside, tentatively and sarcastically hoping for spring.

Whereas “February” evokes the claustrophobia of being trapped inside by winter weather, Naomi Shihab Nye’s poem “Snow” shows the terror and pleasure of getting out into it. Like Atwood’s, Nye’s poem unfolds on a small, domestic scale: it follows two children going sledding in a bad snowstorm. Suggestion is powerful in this poem. Two siblings go out into the snow while “[s]omeone was crying hard at home again, / raging blizzard of sobs.” Interesting that Nye reserves the word “blizzard” for family conflict, rather than the snowstorm itself. There’s a childlike escapism in this poem, but the playfulness is overshadowed by the suggestion of unrest at home, mentioned in the first stanza. It’s not a nostalgic tribute to the innocence of childhood, but a snapshot of a slightly reckless venture into the snow, a tale of children trying to outrun something interpersonal that’s happening back at the house. Overshadowing the poem is the suggestion that going out into the snow was an ill-advised mission:

I dragged the sled by its rope,
which we normally did not do
when snow was coming down so hard,
pulling my brother whom I called by our secret name
as if we could be other people under the skin.

I stumbled behind
sinking deeply, shouting Ho! Look at him go!
as if we were having a good time.
Alone on the hill. […]
Now I think of it
when I stare at paper or into silences
between human beings.

Here Nye takes a simple image and makes it applicable beyond winter, beyond sledding and snow: there’s loneliness in the scene she’s describing, and that’s what leaves an impression after the snow thaws.

If Atwood’s poem shows the claustrophobia of staying indoors, and Nye’s illustrates the loneliness and ambivalence of going outdoors, Robert Frost’s “Storm Fear” captures the allure of each. Frost describes the wind and snow pelting the house as something that “whispers with a sort of stifled bark, / The beast, / ‘Come out! Come out!’” The cold and the snow are quasi-personified in this poem, the elements ominously creeping up on the people—“Two and a child”—inside a house. “How the cold creeps as the fire dies at length,” Frost writes. “[E]ven the comforting barn grows far away.” The border between indoor and outdoor blurs; the speaker is overcome with a sense of powerlessness.

All three poems deal with this blurring, the sudden flimsiness of the comforts we construct, the distancing of the familiar world. Atwood sees the animal menace in her house cat; Nye lifts away the artifice of carefree family life; Frost shows the persistence of the weather and the weariness of those who are trying to live in it. These three poems about winter do what good poetry should: they remind us of our fragility, of the complexities of the things we find beautiful or dangerous.

This piece was originally published on February 10, 2019.