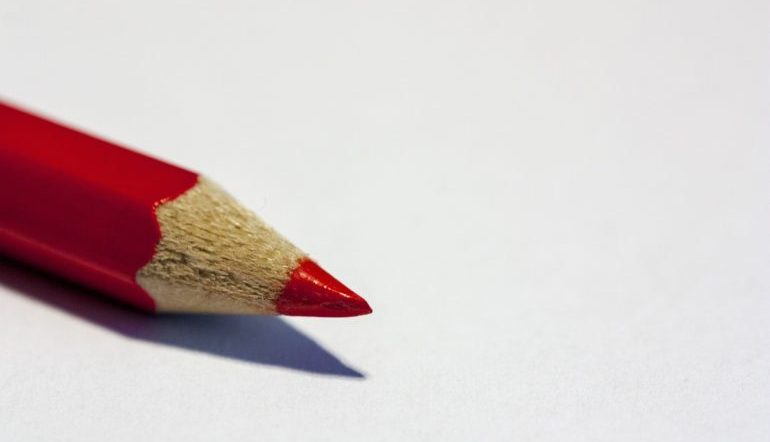 In “Dr. Deneau’s Punishment,” one of eleven excellent short stories in Lori Ostlund’s Flannery O’Connor award-winning collection The Bigness of the World, the title character despairs over the current trend in American schools to reward students for their mediocrity.  Under the new regime of the militantly optimistic, the red pen is suspect, likewise the honest verbal assessment of a student’s shortcomings (which, in a college business course years ago, I learned should be termed “areas for improvement” rather than “limitations” or “weaknesses”).  Ostlund’s comic genius and astute social critique are particularly on display in the scenes where Dr. Deneau is forced to defend his desire to label his weakest reading group “The Spuds,” “The Mongrels,” or “The Chain Gang.”  (The principal’s parrying suggestion is “The Cheetahs.”)  I’ve been thinking about this story ever since I finished it a couple of weeks ago, about how Ostlund has so wittily underscored one of many recent, unsettling trends in our culture.

I’ve taught college writing courses on and off since 1995, and in graduate school, I remember receiving instructions from a student a year ahead of me:

– It’s a good idea to forgo red pens in favor of blue or green, which aren’t as likely to make students feel like they have been slapped.

– It’s not a good idea to cross out a student’s words and replace them with your own.  The better strategy is to put the poorly chosen words in parentheses.  (I’ve wimpily used this tactic for years but have found that sometimes it confuses, the, uh, Mongrels – on one revision, a student simply copied the parentheses onto her second draft, not realizing that the words needed to be replaced by better ones).

Red is the color of guilty consciences, of blood, of violence, of emergency.  It’s probably obvious by now that I have a soft spot for red pens.  I liked seeing red ink on my own school papers because it meant that the teacher felt strongly about something I had written, regardless of whether her feeling was one of pleasure or irritation.  I also think an “A” looks most striking in red.  When I’m grading papers, I know that red pens get the point across.  Like Dr. Deneau, I despair of the militant, seemingly collective desire to make everyone feel good at all times, to resist the impulse to question lazy thinking and average writing.  In Waiting for Superman, a documentary about the American educational system’s failings, the filmmakers discuss a fact that many of us already know, i.e. American students rank very low in academic performance compared to students in many foreign countries.  The surprising news, however, is that American students rank very high in something else: self-confidence.

That’s good news for some, sure.  Self-confidence is important because, among other things, it will help us find the courage to ask out the girl or guy we’ve had our eye on for a while because he/she might be a lot better looking than we are, but hey, we’re confident!  Maybe it also means that we don’t need a Prozac prescription.  Yet, maybe it’s because of the myriad circulating Prozac prescriptions that this trend has taken root.  What’s wrong with a little sobering self-assessment once in a while?  Or at least a moment’s pause to take honest stock of a few areas in need of improvement?  I don’t want people to be depressed, but I do want us to work on our flabby thoughts and guts instead of dressing them up in binding camouflage and declaring them good enough.

As a creative writing professor who has also taught many composition and professional writing courses, I don’t ever like to make my students feel bad, despite my preceding declarations about red pens.  I want my students to like me because I like them –  often very much.  The quarter always moves along at a fine clip, everyone more or less all smiles, until I hand back the first set of essays or stories or poems.  Then, of course, the mood shifts.  There are disbelieving looks that turn to suppressed scowls.  A few feverish emails are sent immediately after class.  What can I do to improve my grade?  I worked really, really hard on this paper!

Sometimes these exclamations are coupled with one or more of the following:

a) I even went to the Writing Center and the tutor said my paper should get an A.  (Most likely a fib.)

b) I’m supposed to get an A in this class or I’ll lose my scholarship. (Not necessarily a fib.)

After these first papers have been returned to their authors, not everyone likes me or the course anymore.  My students and I are no longer on equal footing.  My power over them has at last been unequivocally exercised, and red ink is its emblem.

With fiction and poetry, it’s a little different.  It’s hard to write well no matter what genre you’re working in, and when you’re nineteen everything is so serious – you’re worried that you just pissed off your roommate permanently, or you’re obsessively thinking about how your boyfriend, five hundred miles away at a different college, won’t return your phone calls.  Who can write a good story or a poem when so many problems are taking up so much of your energy?  And the stories and poems that do materialize are often barely disguised journal entries.  Any criticism feels like an aggressive personal attack.

I try to look at the red ink this way: I am serious about the work that I do at my writing desk, and try to teach my students to be serious about what they do there too.  I did not learn to write because someone lied and told me early on that my work was brilliant.  I learned to write because I hated my shortcomings, and it helped to know for certain what these shortcomings were.  Weaknesses and lazy or too-convenient choices were studied and refined because someone with a red pen had the gall to say, “You’re not good yet, but maybe you will be good if you keep trying.”

This is Christine’s second post for Get Behind the Plough.