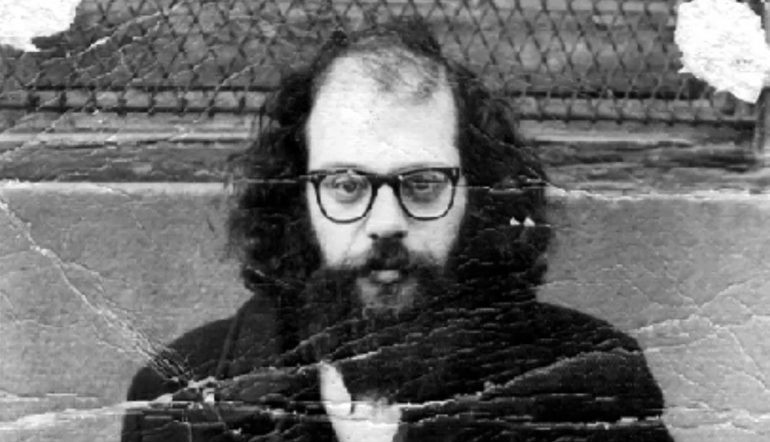 The first time I read Allen Ginsberg’s “Kaddish” I was sitting in a café in Istanbul. A friend and I were reading the poem during one of those lulls in 2016 when an attack had happened somewhat recently, and another would happen soon. “Kaddish,” Ginsberg’s ode to his mother after her death, is streaked with references to Judaism and to the funerary prayer recited by a male mourner for the passing of a parent or relative. Like the prayer, Ginsberg’s poem is a celebration of his mother, but it also delves into—and, indeed, dwells on—the darker side of her life.

I knew that Ginsberg’s mother, Naomi, had experienced mental illnesses that went undiagnosed, and that she had died at a psychiatric hospital. Over the course of “Kaddish,” Ginsberg is torn apart by his mother’s breakdowns, the distortion of her body by drugs prescribed by doctors to cure her, her life forever uneasy and in pain:

Naomi, Naomi—sweating, bulge-eyed, fat, the dress unbuttoned at one side—hair over brow, her stocking hanging evilly on her legs—screaming for a blood transfusion—one righteous hand upraised—a shoe in it—barefoot in the Pharmacy—
The enemies approach—what poisons? Tape recorders? FBI? Zhdanov hiding behind the counter? Trotsky mixing rat bacteria in the back of the store? Uncle Sam in Newark, plotting deathly perfumes in the Negro district? Uncle Ephraim, drunk with murder in the politician’s bar, scheming of Hague? Aunt Rose passing water thru the needles of the Spanish Civil War?
till the hired $35 ambulance came from Red Bank——Grabbed her arms—strapped her on the stretcher—moaning, poisoned by imaginaries, vomiting chemicals thru Jersey, begging mercy from Essex County to Morristown—

Ginsberg recounts the episode as if calling out to her, illustrating his mother’s hallucinations, taking us into her delirium. To Western culture, Ginsberg’s detailed recollection of his mother’s pain and celebration of her death seems odd. But having grown up Orthodox Christian, the oldest form of Christianity and that which has many resemblances to Judaism, “Kaddish” doesn’t seem odd to me at all. Ginsberg bears witness to his mother’s pain and struggles; he intones her name—another act of remembrance—over and over again as if to deify her. It is in that painful remembrance that, during that panicked time of terrorism and political instability, I drew hope.

Even now, despite the ongoing inhumanity at the Texas-Mexico border, the reinstatement of the travel ban, and the ruling that businesses can discriminate, I think back to our reading of “Kaddish” and have hope. Ginsberg’s poem is steeped in the darkness and complexity of life. Yet, reciting a poem or prayer for the dead during life’s darkest moment is an act of affirming life, as if to release her, calling on her:

Ginsberg pays tribute to his mother, emphasizing her muse-like qualities. Perhaps we, too, could do the same, writing and reading our own countrywide kaddish, considering the United States’ origins, bearing witnesses to its darkness, and ruminating on what will carry it in the future.