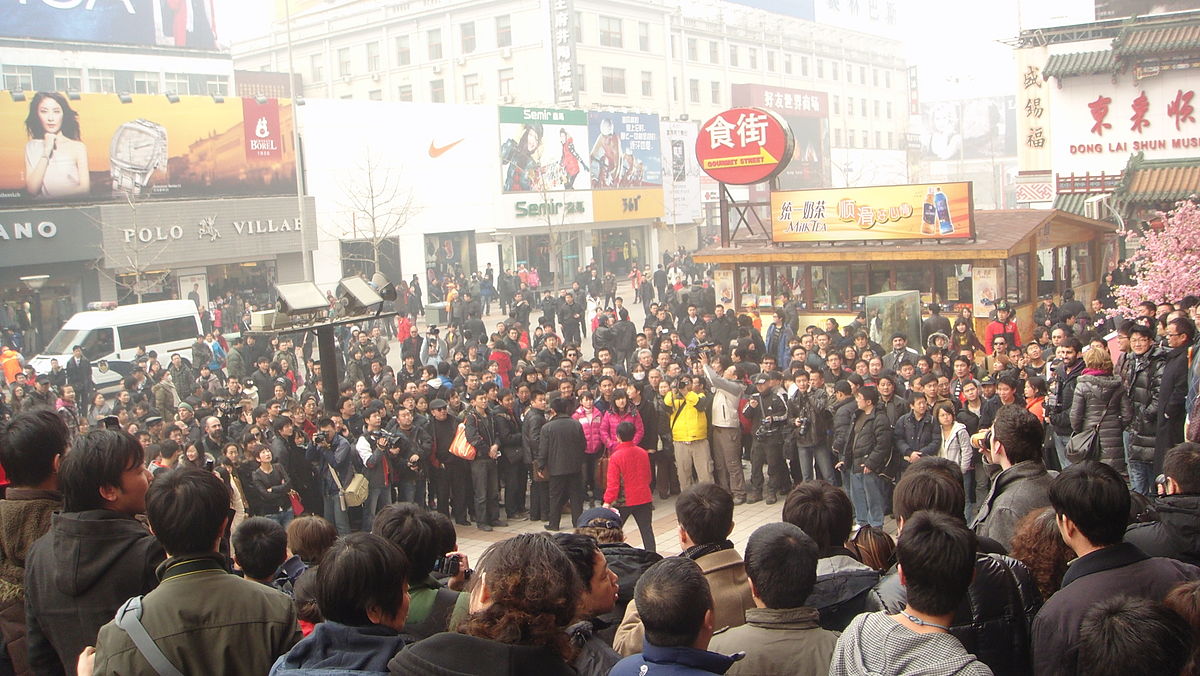 BookExpo America 2015 (BEA), one of the leading book conferences internationally and held this year in New York, was recently host to a five-hundred-person delegation from the Chinese government, representing one-hundred publishing houses–attendance that BookExpo has described as “unprecedented” and which covered over twenty-thousand square feet of convention space.

On the steps of the New York Public Library, only blocks from the book fair, many gathered to protest the presence of this Chinese delegation at the Expo. This protest, which was organized by PEN American Center, included renowned Chinese writer Murong Xuecun and acclaimed American writers such as Jonathan Franzen and A.M. Homes. In The New York Times’ coverage of the protest, Alexandra Alter mentions the protest’s central aims were “to demand that China free Nobel peace laureate Liu Xiaobo and professor Ilham Tohti from prison, stop restricting other writers and have the confidence to allow free speech.”

At the BookExpo, PEN America volunteers distributed fliers with the words “Governments Make bad Editors.” Cara Anna of The Associated Press mentions the Chinese delegation “kept the mood firmly positive” at the Expo and offered presentations that focused on the good of its current publishing situation.

The possibilities for partnership and expansion are enticing for both Chinese and American publishers. Both parties could mutually, if not equally benefit. The question appears to be, as it so often does: At what cost?

It’s a question with a complicated answer, but it’s indisputable that there is definite cost to China. Part of this cost is perhaps most clearly seen in the words of Bao Pu, publisher of the New Century Press based in Hong Kong, who, during the protest last week, said “Chinese censorship works before the writer even starts writing.” Why, Pu goes on to ask, would you write something you know would never be published?

The censorship is in this way embedded in the act of writing, the process itself, and notably not, as I’ve come to think of it in a traditional sense, as a clean excision of topic. The pressure exerted in that self-censorship likely has reach and influence even beyond its intention. It is this pressure that can overheat literature.

What seems to matter most is the possible shift in scale and in reach of China’s government censorship and the freedom of its writers to express themselves without the consequence of often severe punishment. The more power given the censoring party, of course, the greater the reach of this oppression.

The argument seems obvious to me: literature has a hard time being literature at all when it’s forbidden to run up against the obstacles of its real conflict, whatever that might uncomfortably or peripherally concern, and that restriction of content in any way, as in this instance, only serves to strangle art of its great possibility and meaning. Alter notes in her article that topics under government censorship in China include “gay rights, the discontent of China’s ethnic minorities, and the bloody crackdown on pro-democracy protests of 1989.” These topics are the sure stuff of controversy, and controversy is, we all know, only conflict with another name.

There is the striking irony, too, of a government that censors its writers–to whatever degree, in whatever form–trying to expand its reach in a market that at its best and truest seeks to open the mind: not narrow or close it.