Home
»
Round-Up
»
Round-Down: On the Necessity of Banned Book Week 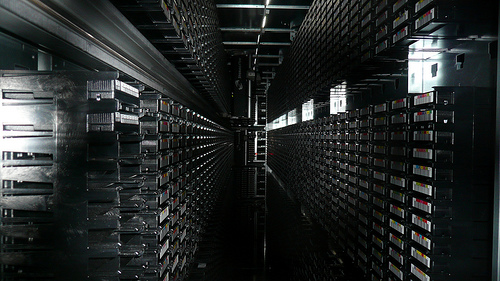 Just in time for Banned Books Week, the first book to be banned in New Zealand in twenty years is available in the United States.

The young adult novel, Into the River by Ted Dawe, which ironically won the 2013 New Zealand Post Children’s Book Award, was banned last month from being distributed in bookstores and libraries across the country. Upon hearing this news, Jason Pinter, founder of the US-based Polis Books, decided to publish the title in the States. He told Radio New Zealand’s Morning Report that “any time a book is banned, all it serves to do is get the book more readers.”

I wonder though if that is true. Most banned books are books that are award winners in their own right. For example, Sherman Alexie’s The Absolutely True Diary of a Part-Time Indian won the National Book Award for Young People’s Literature, among other prestigious awards, the year it was published, yet continues to face bans in school districts to this day. Is the reverse perhaps possible—that the more attention a controversial book receives from awards, the more likely it is to come to the attention of those who would ban it?

Regardless, the most interesting debate to come out of this past week has to be the question of whether banned books exist in the U.S. Originally put forth by Slate writer Ruth Graham, the idea that the banned book movement is all but dead is one that librarian Scott Dimarco does not share.

In an opinion piece originally published in The Conversation and since picked up by news outlets such as The Huffington Post and Time, Dimarco shares his concern that most Americans do not tend to pay much attention to banned book week (a point evinced by Graham’s piece, which is entitled, “Banned Book Week Is A Crock”). Dimarco admits that he went as far as to ban a book from his library in order to provoke a response from the community. The response had more bark than bite, with many taking to social media and in person protests of the ban–and almost no one actually taking measures that the library has in place in order to reverse or contest the ban.  This suggests that the issue is this: most people take freedoms of speech for granted and are less interested in celebrating the legacy of fighting for protections of these civil liberties than they are in voicing outrage over any contemporary restrictions to these same liberties.

Is it just that as Americans, we’re complacent about our history? Before we knock Banned Books Week for being tired or revel too comfortably in the notion that we no longer need it, we only have to look down under to see that intolerance tends to rear its head again once we as a culture become too complacent in remembering and celebrating and defending how far we’ve come—and how far we still have to go to continue to improve our social justices.